Rega RP6 – shining in the spotlight

First impressions: It’s beautiful! Okay, the orange-finished review sample would not have been my first choice, given the other available plinth colours this model comes in, but there was no denying that it looked immaculate.

The hard glossy laminate looks similar to that used for the P3-24 “colours” range, which should keep its shine for life (I’ve come across a few of the old coloured Planar 3s on which the skins/laminates clearly are nowhere as dapper as when new). I understand that Rega has these latest plinths made for it by a Scottish contractor, whose main line of business is supplying kitchen tops and fittings.

Assembly of the unit is pretty easy. Even first timers shouldn’t be too challenged with setting it up, ease of use being a Rega trait. The only complication I foresee for newbies is in installing a cartridge if one of the Rega three-point mount models is not used.

While Rega supplies a simple-to-use print card protractor and clear instructions, it still can be a daunting task. Stay with it, guys and dolls – it isn’t as difficult as it appears, once you get the hang of it (spoken by a guy who’s never lunched a stylus during the learning process he’s been through – may my nil record continue here till I kick the proverbial bucket!) 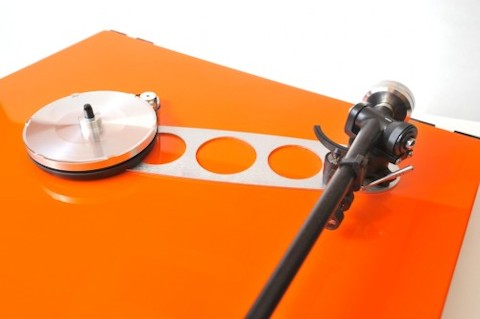 Specs: Where the RP6 plinth differs from the P3-24 “colours” range is the addition of the DBT (“Double Brace Technology”), first seen on the RP3, to achieve better rigidity of the plinth in the critical portion between the arm and the main bearing, while adding minimum additional mass. Here, the top part of the brace is made of metal, which is an apparent step up from the phenolic resin top brace used in the RP3.

The RP6’s arm is the same RB303 arm as fitted to the RP3. I was made to understand, however, that the better-assembled units of the arm would find their way onto the RP6s, compared with the ones mounted on the RP3. In terms of visual differences, I did note that counterweights of the RB303 on the RP6 were metallic, while the ones on the RP3 were black.

When asked which “grade” of arm one would get if the arm was purchased as a standalone item, Roy Gandy (Rega’s owner) just smiled and said while there were differences, the performance gap between an “RP6-grade” and an “RP3-grade” RB303 wasn’t something to worry about as they were relatively small – they all meet the specs set for the RB303. It wasn’t as if “rejects” were being placed on the lesser model!

Gandy was especially happy with the RP6’s more massive new glass platter (a two-piece job which is glued together with some high-tech adhesives). He informed that the maker (yes, another outside contractor) is a young man below 30 who has some advanced machinery at his disposal, and  who, after being told of Rega’s requirements, came out with a component rather better than Rega had expected. And no, that young man isn’t making these glass platters for Rega in a place outside Great Britain. 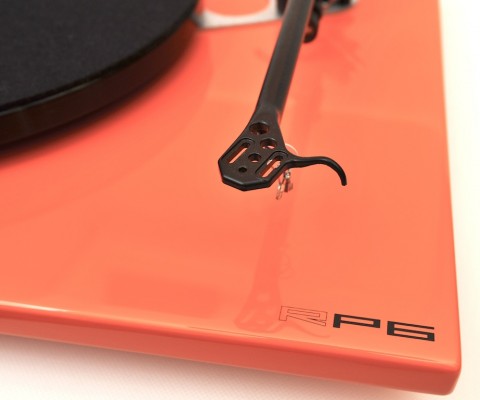 I’m not sure what to make of the aluminium “cap” on the sub-platter, which the glass rests on. Why not just use an all aluminium sub-platter? I assume costs may have something to do with it, ultimately, but the nature of the assembly precludes the use of the double pulley and belts seen on Rega’s highest models, and which would have been lovely to find here (alas, no).

The whole platter assembly is topped off by a thick felt mat which supports the record in play. Don’t underestimate the importance of the stock mat. For a lark, I tried the (thinner) felt mats from my Linn Sondek and Roksan Xerxes turntables in substitute, but both ended up compromising the results the stock RP6 felt mat delivered.

The RP6 plays at two rotational speeds, 33 1/3rd and 45rpm. The motor used is the newer 24-volt version and as speed is electronically controlled from the standard external power supply, speed change is as easy as pressing the relevant button. No platter-lifting and change-of-belt-to-stepped pulley level adjustments here! The on-off switch is similarly on the power supply unit. 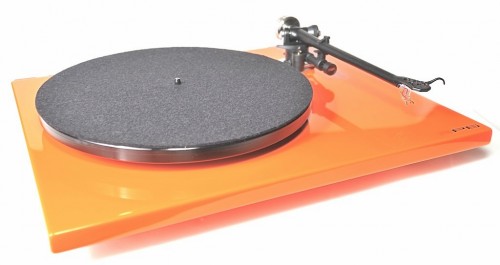 Performance: It’s been some time since I heard the Rega RP3, but on firing up the RP6 after mounting the same Linn K18II cartridge I had used with the lower model when I reviewed it, I immediately felt it in my gut that  the RP6 was a machine with superior ability to communicate. Yes, the Rega house sound’s attributes are all present, but I felt it was as if they’d all taken a significant step forward.

This is a wonderful, highly musical component, living up to the brand’s established virtues of always letting the performance take centre stage. The RP6 displayed an unfettered ability to deliver strong dynamics, and proceedings always seemed to have a very natural and organic flow. Everything seemed to sound bolder and more solid compared with when I had heard the RP3, but yet with enhanced (not as in un-naturally emphasised) textural nuances coming through (again, I acknowledge fully the flaws of relying on sonic memory over any period of time, but I am convinced of my perceptions).

Bass was energetic, extended and tuneful and here has lost a bit of the slight (over)emphasis some of the earlier Planar models were perceived to display. I felt this to be a more accurate portrayal and in some ways, more akin to how better CD players are able to more accurately reproduce bass compared to say, how lesser turntables are compromised in this part of the sonic spectrum. The Roksan Xerxes player presents bass in similar fashion and commentators elsewhere have similarly accused it of sounding “CD-like” here. If you want chestier upper bass, go buy an early Linn Sondek instead! 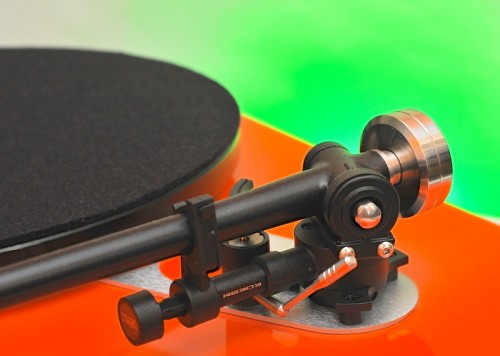 Surface noise from LPs also sounded as if it was significantly lower on the RP6. In terms of background silence, this RP6 matched that (not) heard from my Roksan Xerxes, and noise and imperfections from poorer condition records didn’t sound as obvious as with lesser turntables – they just seemed to be played through with less significance. I had performed this same comparison with the RP3 when I reviewed it, and I am convinced this new model is much improved over the already very impressive RP3 in this aspect.

Also impressive was the way the fine nuances of the music came through. Being a Rega table, one expected the RP6 to be able to carry a tune and keep the temporal aspects of the music accurate, and so it did, but the ability of the RP6 to maintain the pace and musical tension here is much improved over its lower siblings.

Play some slow-moving classical pieces which build to a crescendo for visitors who don’t normally like such music – usually someone in the room would be saying something as the music plays on, but I noticed that in more cases than not when I did this, the unwitting test subjects tended to stay quiet, listening to the music. If that’s not a positive sign that this is a record player worth having, I don’t know what is!

The good: The RP6 is a notable step up from the RP3 in all areas, while imbued with Rega’s house sound attributes, which is saying a lot because the cheaper deck was already impressive to start with. Musical, with strong dynamics and a very organic flow, along with a quieter background, the RP6 lives up to Rega’s approach of keeping the performance in the spotlight.

The ungood: While this player also clearly delivered a good depth sound stage with very good width, I felt here that it didn’t really set any standards. Somehow or other, turntables with spring suspensions seem to do this better, from my experience, and memory of time spent with the Thorens 309, a natural competitor to the RP6, came back to mind.

Final verdict: There’s very little to beat around the bush about. This is an excellent record player which is priced very competitively, soundly engineered and makes music an invigorating experience. If you want technical frills like magnetically-supported bearings or golfballs in silicon goop, others offer you more excitement (not that there’s anything wrong with that). Rega is Rega, and many will be glad that the company sticks to what it does best.