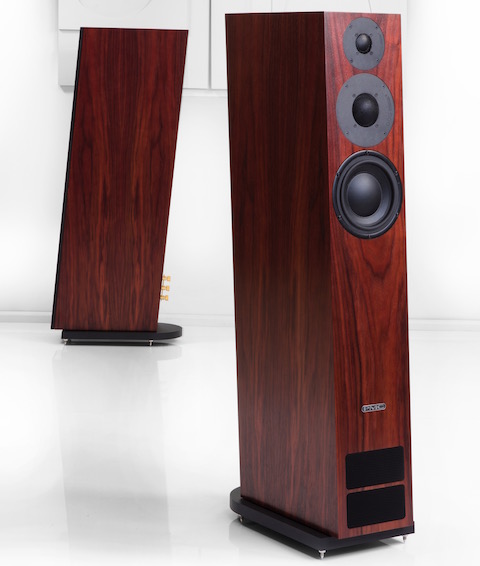 + Big, room-filling and full bass coupled with speed, dynamics and warmth. Forgiving of poorer recordings and easy to place.
– Will overpower smaller rooms but one can choose the smaller models in the series to fit. Your turntable needs to be properly isolated from the speakers or placed as far away as possible!

THE Professional Monitor Company, or PMC as it is better known, was founded in 1991 by Peter Thomas of the BBC and Adrian Loader of FWO Bauch. PMC is thus similar to many other British loudspeaker companies in having BBC as part of its genetic background except that quite a few of these have since fallen into non-British ownership. PMC remains very much British and follows the time-honoured tradition of having all its products still proudly hand made and assembled in Britain.

As its name suggests, PMC started out and still is very involved in the professional monitor speakers business and today serves a significant number of clients in the music and movie industries. If you have watched the TV series Game of Thrones, you would have heard PMC speakers or at least the results of using PMC studio monitors in the mastering process.

The speakers reviewed here are the PMC Twenty.26, the model at the top of the Twenty series. PMC has also just released the higher up Twenty Five series to mark its 25th anniversary but the Twenty series continues in the line-up. Both are part of PMC’s consumer range which carries a 20-year warranty!

The Twenty.26 is a three-way floorstander that, on looks alone, will impress. Further inspection will reveal the backward slope of the cabinet designed for stiffer strength and vertical timing alignment of the drivers. The review came in a very beautiful “Amarone” finish. 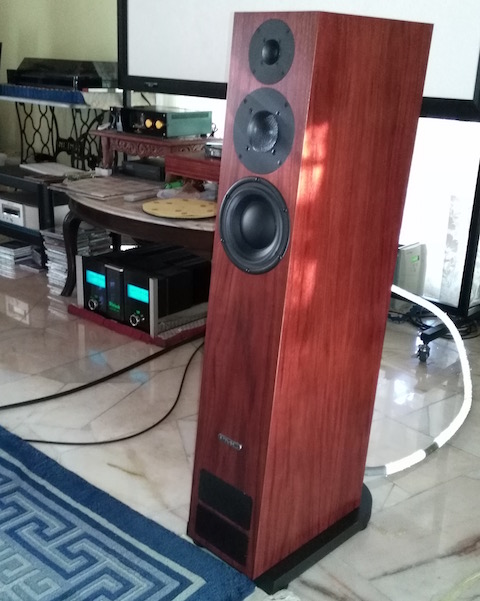 Like all its siblings in the entire range, the speaker features PMC’s famed Advanced Transmission Line (ATL) technology. This is PMC’s development in the use of transmission line to enhance bass output by channelling the bass driver’s backward energy to exit in phase with the main bass unit output. Sounds simple but execution requires critical design of the dampening and channeling of the transmission line in order that bass output is not only higher but retains the necessary timbre and speed. As PMC claims, “no other bass-loading technology provides such resolution and tonal accuracy at all volume levels.” In the Twenty.26, the transmission line in the cabinet is an unbelievable 11 feet long!

SETTING UP
The Twenty.26s were placed in my usual speaker positions slightly toed-in and sitting on Vibrapods instead of their own spikes. Positioning was not fussy as the PMC literature suggests.

Sources include both digital (CDs and digital files from laptop) and analogue. A wide variety of music was used for the review, from jazz to pop to classical. 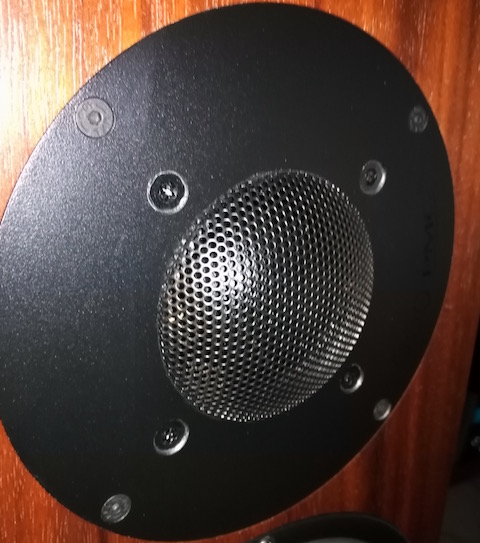 LISTENING
The speakers were already run-in and serious critical listening started with my usual familiar jazz and classical titles. The first impression was that the Twenty.26s played much louder than the 86dB sensitivity suggests, requiring an immediate adjustment downwards of the volume. This is rather surprising as the resident speakers are also rated at the same efficiency.

The overall sound signature is big, bold and sonorous, easily filling and energising the entire listening area. The ATL technology obviously works very well with bass output that not only goes deep down but has a solidity coupled with speed. But it was not only the bass that caught my attention, the mids were also very exceptionally natural and clear! Balancing the whole sonic picture were highs that were never shouty or forced but instead airy and clear. I also noted the overall well balanced output, and the smoothness and warmth of the music.

Spinning Sonny Rollins’ Way Out West album, the big difference I noted was how the double bass notes were much better projected and effective in making the music flow. This encouraged me to bring out Chico Freeman’s Spirit Sensitive LP and again, the double bass made its presence much better felt and I mean felt, the sound waves coming from the Twenty.26 were vibrating every surface in the room! 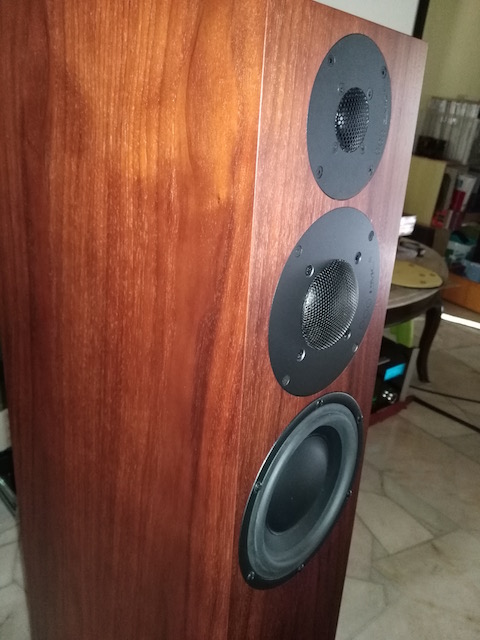 Diana Krall’s rendition of Temptation has always been a good test of dynamic attack and vocals, and the Twenty.26 did not disappoint. I noticed, too, how spacious the soundstage was, both laterally and in depth. Positioning of voice and instruments were, however, not the kind of pinpoint imaging that some manufacturers prefer, instead voices and instruments were very naturally rounded in their respective spaces that to me more closely resemble live music.

Sinatra at the Sands with Count Basie Band showed how good the Twenty.26 is with male voice and big band material, with a spacious soundstage and great dynamic detail. Compared with my resident speakers, the male voice was projected slightly further back. The sound of twinkling wine glasses while Sinatra sang enhanced the impression of live music making at its best.

Moving on to some well recorded CDs, David Roth’s Pearl Diver album, featuring mostly acoustic instruments, sounded very natural while his voice had more clarity and bloom than I can recall. Fourplay’s trademark deep bass guitar by Nathan East and the inimitable drumming by Harvey Mason were very pleasant revelations, being almost subterranean and yet retaining their innate tunefulness. Female vocalists such as Ella Fitzgerald, Linda Ronstadt, Stacy Kent and even Rickie Lee Jones were all also rendered beautifully and naturally by the Twenty.26. I must say that I find CDs usually more artificial sounding but the Twenty.26’s innate warmth and pleasant presentation certainly allowed me to enjoy them much more. 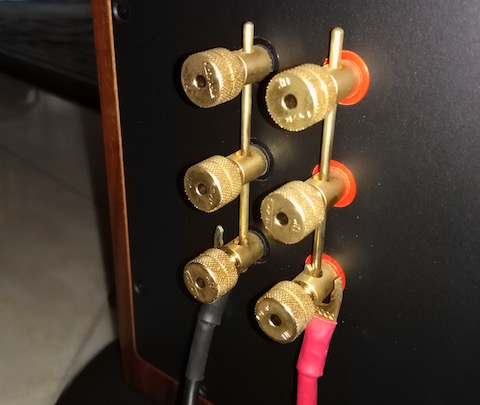 Classical music fans will certainly like the Twenty.26. The big and bold scale of presentation, deep bass and spacious soundstaging, clear midrange and well balanced sound easily conjured the image of Lang Lang playing the Yellow River Concerto seemingly in my listening room! And with a concert grand piano, no less! Lynn Harrell’s cello on Dvorak Cello Concerto sounded appropriately woody and realistic, with the entire orchestra spread out behind him. A digital high-res file of Anne Sophie Mutter playing Mozart’s Violin Concerto 2 was startling in its clarity and pureness of the violin. Encouraged, I pull out my recently acquired LP of Heifetz playing Mozart’s Violin Concerto 5 and his sinewy handling of the violin revealed itself beautifully through the speakers.

As a finale, I played Stevie Ray Vaughn’s Tin Pan Alley on LP. What a great track this is to display all the strengths of the PMC Twenty.26 – low deep bass, great guitar playing, fantastic dynamics and a gravelly male voice! 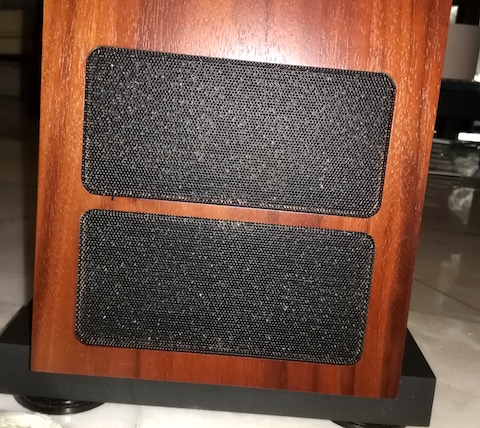 THE LAST WORD
I obviously enjoyed everything about the PMC Twenty.26. Every piece of music I played through these speakers was rendered with finesse and beauty. They never sounded bad even when fed with poorer recordings, being forgiving in their overall warmth.

Throughout the review period, I listened for long hours to the Twenty.26 and never felt at listening fatigue any time. Highly recommended if you are buying at this price level or even higher.