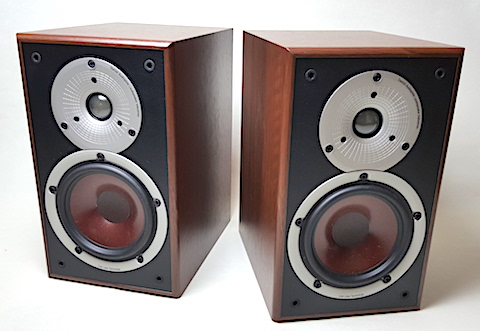 WHEN I was asked to review a pair of bookshelf speakers, I wondered – how do I do it, given my bias for floorstanders? I’ve had my fair share of bookshelf speaker experience over the years, from the likes of JPW, Heybrook, Mission, Epos and PMC. But after a while, I look for a floorstander to fill the musicality gap that I yearn for.

I took the Dali Spektor 2 mainly because I had never reviewed a Dali speaker before. The conclusion is an interesting one. Read on, folks…

Looking at the specifications, I kept my expectations to the minimal. A low sensitivity of just 84dB and nominal impedance of six ohms – I was hoping my Musical Fidelity M6i amp could provide sufficient grunt to drive these speakers. 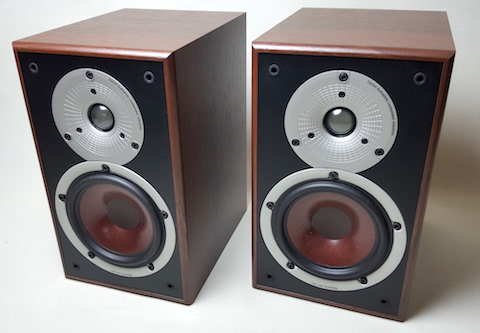 Fresh out of the box, the Spektor 2 offers a well-built cabinet, with a high quality of workmanship and finish relative to the price point. Attention to detail and appearance seems to be on the positive side.

These are small compared other bookshelf speakers I used to own, with a height of 29cm and should fit nicely in a small-to-medium size room. It has just a pair of binding posts as the speaker terminals.

LISTENING
It had been awhile since I last played Time to Say Goodbye by Andrea Bocelli and Sarah Brightman. This was the first track I put on, hoping that I would not be hit by the brightness through the Spektors. My jaw dropped – the track sounded extremely pleasing to my ears, with no shrill or excessive treble. The first impression was that of the ambience of a concert hall.

Bocelli’s vocal did not suffer any lack of low-end notes and the high-pitched voicel of Brightman, was delivered with a luscious and sweet intonation. Vocals seems to be one of the Spektor’s positive traits. This, however, I already expected as my experience with other bookshelves has been similar – sweet vocals and clarity. 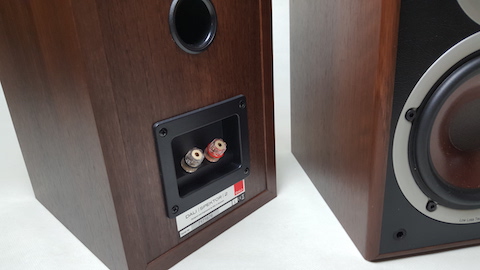 Now, a little bit of the bass test. Kicked in the Take Five track by Dave Brubeck. The Spektors maintained the sound stage with more distinction in clarity and detail. The percussion solo on this track was delivered with authority, with quite hard-hitting bass for the cabinet/driver size. However, the magical part was actually the saxophone on this track – airy, spacious and yet, not drowned by the piano and low-end notes. Everything was cohesive to each other. But I wanted more bass. Yes, more…

Way Down Deep by Jennifer Warnes was the one that made me forget about floorstanders for a moment. The Spektors can really dive deep for those heavy bass requirements. No sign of distortion coming from the speakers but it did rattle my furniture a bit, even at my usual listening level. I can easily say that the belief of bookshelf not being able to deliver enough bass was diminished instantly. The beauty of this is that it does not drown the clarity nor the treble from the track.

And now for some shredding guitars. Boo Hoo Clapping Song from local heros Carburetor Dung was up next. The opening guitar and drum solo literally pumped up my adrenalin and I started to drum along to this track. The guitar, even though coming from the angst of punk music, sounded energetic and melodious. No shrills but just thrills. Again, when the vocals kicked in, neither the bass or treble overwhelmed the clarity of the vocals. 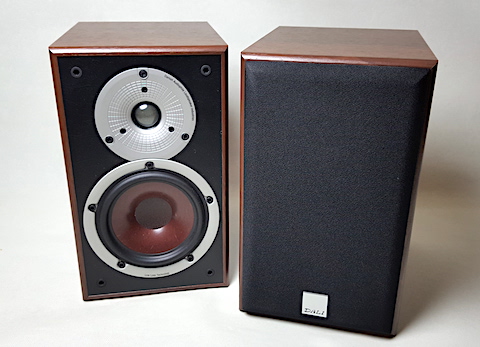 The final track was by The Wonders, That Thing You Do. This, however, was a bit bright, as the highs can be a bit extreme. Quite surprising as this was a pop-ish song that is not so complicated to be reproduced. The bass line, which is one of the track’s melodious parts, sounded a bit flat. It might be the source but then, it sounds quite fine usually.

THE LAST WORD
Do not, I repeat it, do not underestimate the power of a bookshelf. Never again will I do that. Given the right design and amplification, you can achieve satisfaction similar to a floorstander with minimal musicality gap.

The Dali Spektor 2 can handle the complex dynamics of various genres (although pop seems to be a challenge) and the speakers are also very fluid in delivering the musicality. Most of the time, they produced a balanced sound, covering a wide spectrum. For their size, they can also provide you with quite a substantial sound stage.