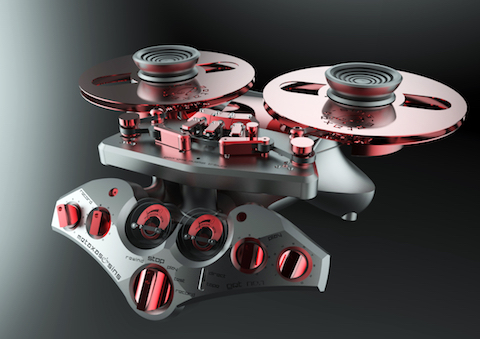 MOST people who enjoy music aren’t too fussy about the format in which it is delivered to their ears. Then, there are audiophiles. And among audiophiles, there are those who are never happy with what is on offer, vinyl, DSD or SACD. These folks will herald the arrival of the Metaxas & Sins GQT (Georges Quellet Tribute) analogue open-reel tape recorder, which will make its debut at the Munich High End Show next week.

The product is the creation of one Kostas Metaxas, who has been in the high-end audio business since 1981. According to the press release, Metaxas has been a committed fan of open reel tape from the outset, it never went away for him, and its “infinitely superior qualities” have remained his yardstick in every hi-fi product he has created. 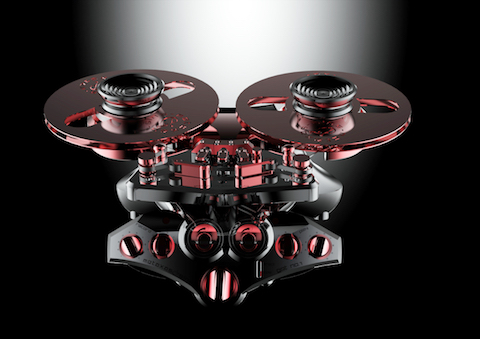 “There’s no doubt that the absolute best ‘source’ for reproduced music is analogue tape and that reel-to-reel tape recorders are the best way to record and capture music, bar none. This is a fact, not open for discussion,” insists Metaxas, who is also one of the most prolific analogue tape recording engineers in the world.

Over the years, Metaxas has worked closely with Stellavox and to honour his love for that brand, the design of the new Metaxas open reel tape recorder will draw heavily on the classic Stellavox SM8 – with the blessings of Stellavox founder Georges Quellet.

Why a reel-to-reel now?

Says the company: “Demand for vintage tape decks has risen sharply as those-in-the-know feverishly pick over the more serviceable models still in circulation. Why? For the simple reason that, as musical formats go, open reel tape is the incontestable master of superb sound. But what if you don’t have the know-how to bring an old machine back to working order? And what happens when the supply side runs out? 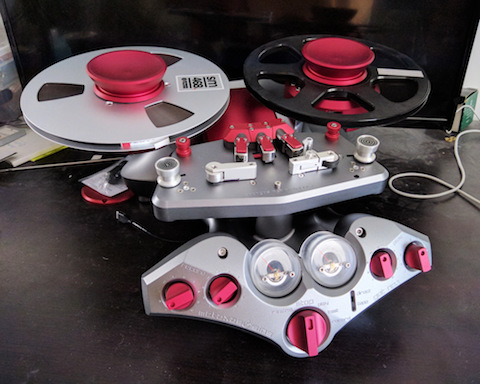 “Until now, buying a brand new open-reel tape deck wasn’t an option. There weren’t any. Production for both consumers and professional studios ceased a couple of decades ago thanks to the advances of the digital age. But what digital technology offers in economies and conveniences, it can never match in soul-stirring, heart-rending, authentic, visceral detail – qualities we were never going to want to live without for too long.” 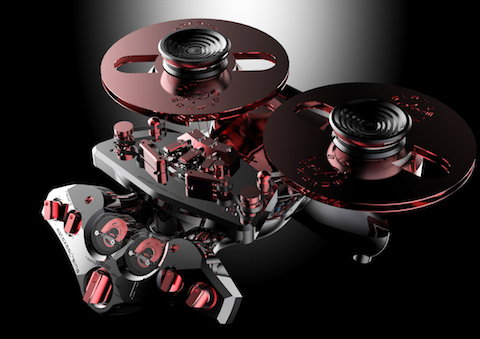 The GQT is no boring black or silver box – this is where hi-fi meets modern art, typical of the award-winning avant-garde designs Metaxas has turned out since the 1980s. The portable analogue tape machine is designed for on-location recording as well as for home or studio playback. 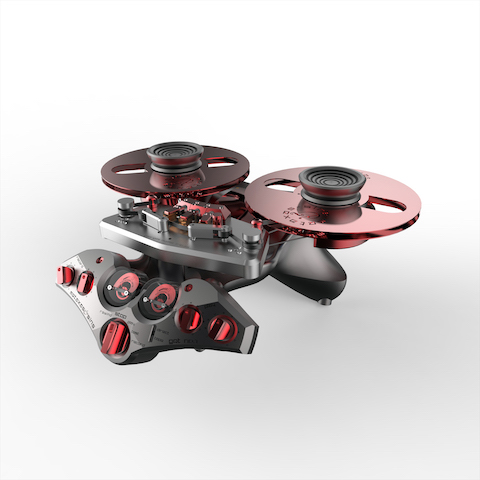 Biased for either SM468 or SM911 1/4-inch analogue tape, it operates at 15ips using a brushless DC motor in a purely mechanical operation. In other words, it’s built like a large mechanical Swiss watch mechanism – with absolutely no logic controls or other computer-controlled components. The circuits use 100% discrete transistors and feature parts comparable in construction to those found in decks crafted in the 1960s and early 1970s before the introduction of logic controls and 5534 operational amplifiers.

“The result is a ‘kinetic art object’,” says Metaxas.

“Magnetic tape technology is extremely complex. It places the highest demands on detail and precision in design and engineering. But its sound qualities have never been bettered so it’s 100% worth the challenge. For me, it’s absolutely essential that open-reel tape continues to exist – and indeed thrive – alongside other formats.”