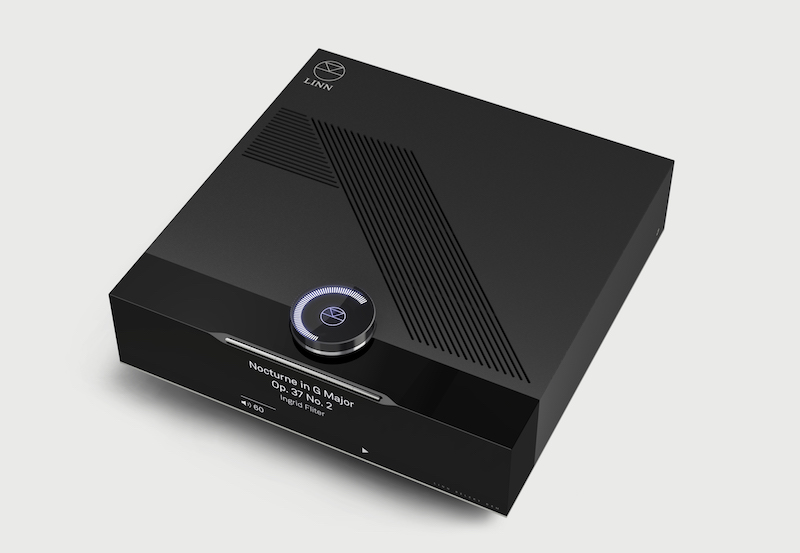 IF you have yet to buy into the whole Linn philosophy, Gilad Tiefenbrun would like to invite you for a cup of coffee – that is, the Selekt DSM, Linn’s latest network music player. It is the company’s first digital product that is built on a fully expandable platform on one chassis.

Available in various configurations, the Selekt digital music streamer starts off at base level as a source that can be used with any system of separates. Fully loaded, and in a single-box, it becomes the heart of your hi-fi (and later, home cinema) system… just add speakers (preferably, from Linn).

At the regional launch and distributor briefing of the Selekt DSM in Bangkok last week, Tiefenbrun, the company’s managing director, used an interesting analogy to prove how two differing Tinder profiles by the same person elicited contrasting responses. The “serious” profile, hinting at a need for a long-term commitment, interested only a handful in the room, while the “lighter” one that suggested a more casual experience (as in meeting over a cup of coffee and seeing how it goes from there), received overwhelming response. 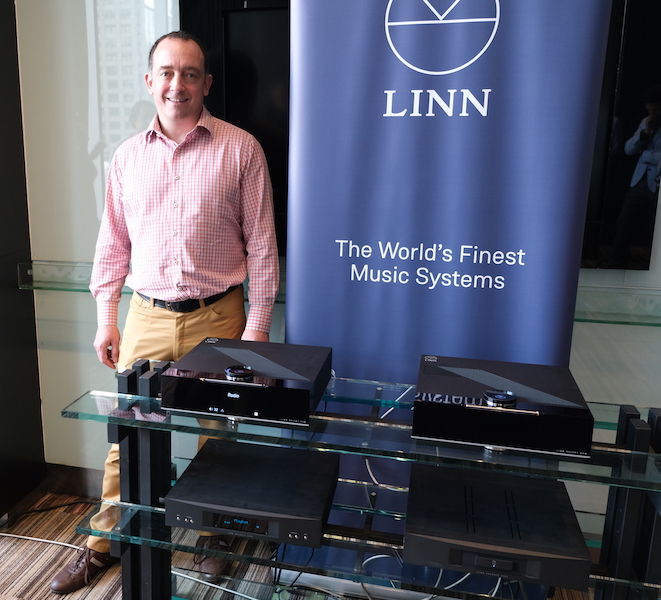 So, the Selekt DSM is targeted at audiophiles who don’t want to start off with an all-Linn system, said Tiefenbrun. It’s the coffee with Linn. As a streaming source, you just add it to your current system – and even in this guise, there is a preamplifier onboard that allows hook-up with any Linn or non-Linn power amp.

If that impresses you enough, add a module (Linn terms it a “cartridge”) that expands the Selekt to include an integrated amp (a Class D 100-watt/four-ohm design), or upgrade the base DAC to the more esoteric Katalyst. Or add both to take the Selekt DSM to its maximum potential as a one-box component, ie, the long-term commitment. The inside of the Selekt DSM is designed to accept a number of modules – you can order it in any configuration available now or add on later.

All Selekt DSM versions have six digital inputs (two SPDIF, two Toslink, one HDMI and one USB), one pair of analogue line-level inputs, and two sets of phono inputs (MM and MC). In source-only configuration, one pair of RCA and one pair of balanced XLR outputs are provided. If you add the integrated amp, you of course get two sets of speaker output. Two Exakt links are also given in all configurations, if you want to access Linn’s time alignment technology.

And perhaps significant for many audiophiles, Linn’s updated Space Optimisation feature comes with the package. As you can see, the Selekt DSM packs formidable audio armoury in its single box. 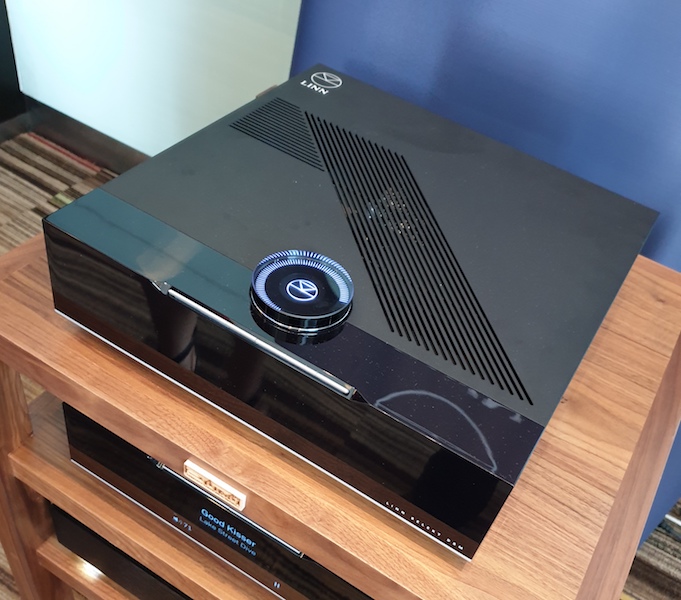 At this point, you may have some pressing questions about the Selekt DSM, so let me go through some pertinent points:

– DSD. When Selekt was launched in September, the base version’s DAC possessed 24-bit/192kHz resolution, and you had to order the unit with the Katalyst for DSD capability. However, as of end-October, even the entry-level Selekt will support DSD64/DSD128.

– Roon. Selekt is “Roon compatible but not Roon Ready”.

– MQA. Linn will not support MQA, but Tiefenbrun says it will play MQA via Roon. However, not all the benefits of MQA will be available this way, and Linn has no intention to buy into MQA. Live with it. 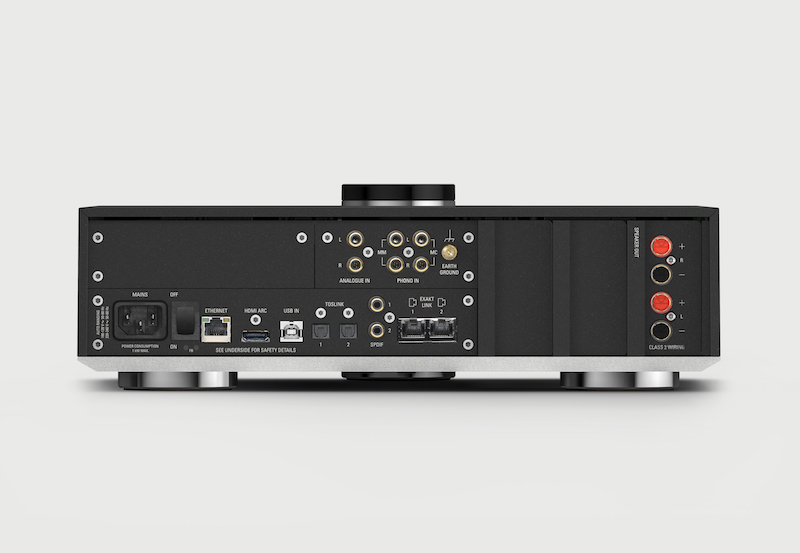 – HDMI. The onboard HDMI ARC input allows the user to route the audio from AV sources in the system via the TV.

– Wireless. As of now, there is no Bluetooth or Wi-Fi capability, as Linn’s philosophy is “audio quality first” and that the Ethernet connector provides the most stable network connection. However, Tiefenbrun didn’t rule out the likelihood that Selekt would include wireless capability in the not too distant future.

– USB. The port lets you stream directly from your computer, but Selekt will not play any USB hard drive directly hooked up to it. The interface is “end-point” rather than “host”.

– Analogue. These inputs are all digitised, yes, even the phono, using a 24/192 ADC, and converted back to analogue at the output stage. Tiefenbrun says this method allows for no signal degradation of the signal compared with any other method. We’re told there is a planned upgrade for the analogue line to enhance audio performance from sources hooked up to Selekt. 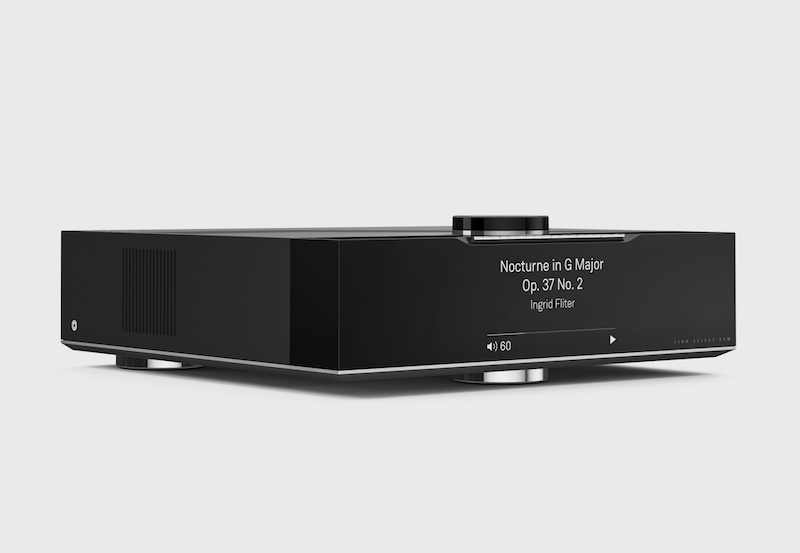 – Headphones. There is a module coming for a headphone amplifier, fret not.

– Finish. Anything you want, so long as it’s glossy black with silver/chrome trim. Tiefenbrun says it’s the best look, any other option would not have given off the same vibe.

And vibe, the Selekt DSM has aplenty, oozing sex appeal cosmetically and in operation. Linn, said Tiefenbrun, wanted the Selekt to appeal on the physical interaction level, to bring to the user a tactile experience that recalls the era of playing a turntable. 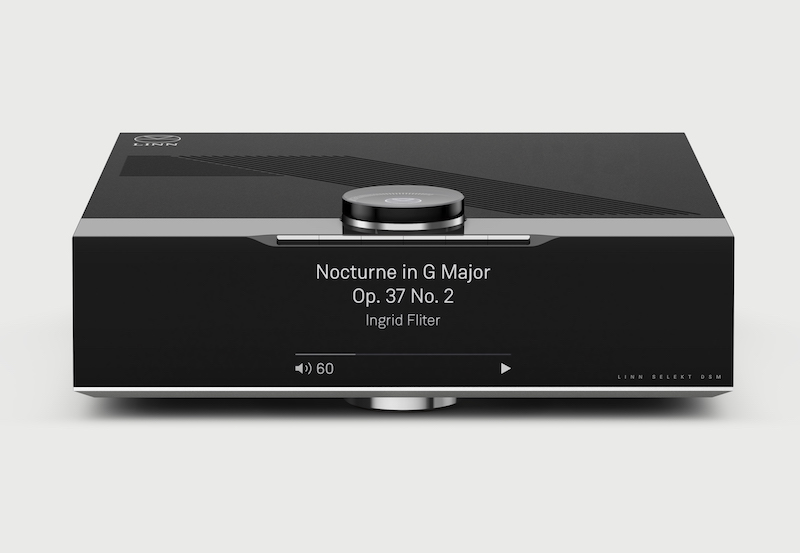 “The Selekt DSM revolutionises our physical interaction with digital music; every aspect is precision-engineered for a tactile and enriched listening experience,” he said.

The rotary dial on top and smart buttons can be user-personalised – a wave of the hand over the dial can bring the player from standby to operating mode. Unlike many digital players, you don’t need the app to get started with the Selekt DSM. 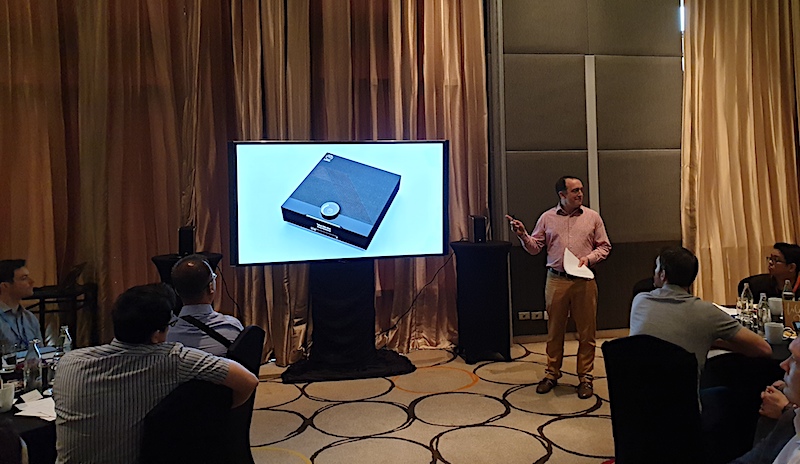 A new version of Space Optimisation uses Linn’s proprietary DSP technology to extract the best sound from the player, removing the less salubrious effects of the room, no matter the speakers used. This additionally models non-rectangular spaces and takes into account pressure changes in the room over time. It is initially set by the retailer based on the model of the customer’s room, after which the customer can take over and further fine-tune; however, the retailer setting is always stored and can be accessed at any time.

During the event, Linn staff demo-ed the Selekt DSM with KEF Reference 3 and Bowers & Wilkins 804 D3 speakers, in different rooms. From what I heard, this one certainly promises to be a game-changer for Linn, possessing the potential to lure both audiophiles with a yen for all things digital, and the lifestyle user.

The Selekt DSM is certainly a breakaway from the traditional Linn digital streamer styling as seen over the past decade on the Majik, Akurate and Klimax, and thus, a refreshing perspective for current Linn customers and and more attractive sight for others. However, Linn has no intention of changing the physical design of the other models, thus allowing the Selekt its own comfortable spot in the line-up. 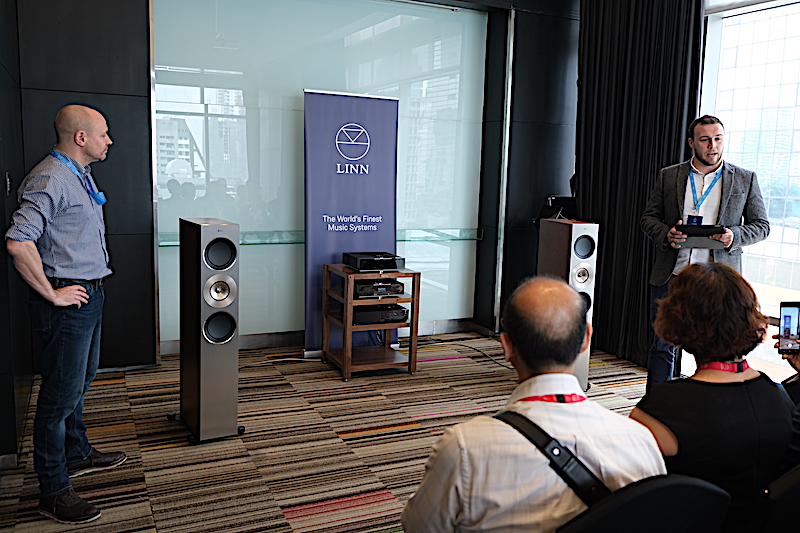 “The Klimax is our top product for pure audio quality, and we don’t intend to change the design, or that of the other products. The Selekt appeals both on sound quality and design, it serves as the gateway to Linn for those who want to meet for a coffee first, before exploring further,” he said.