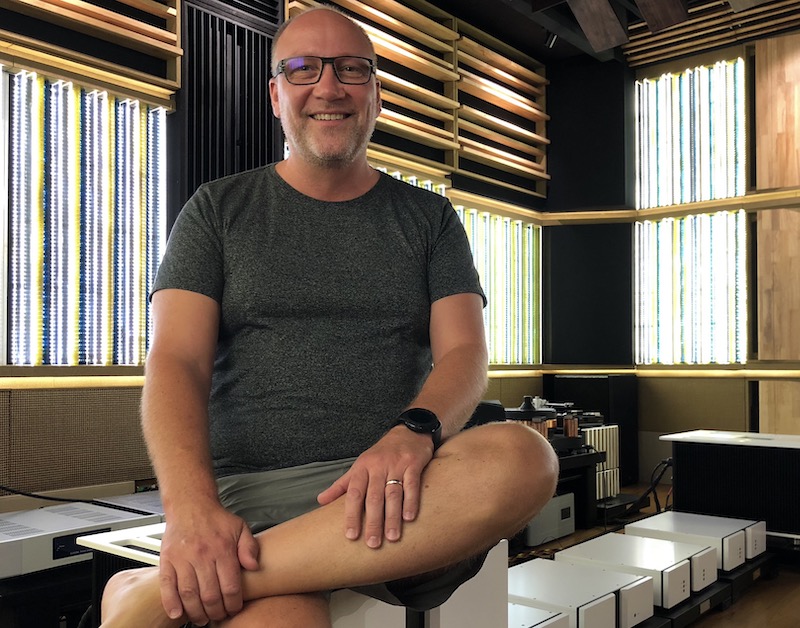 VITUS Audio’s acclaimed Signature Series SIA-025 integrated amplifier is finally getting updated from its Mk 2 iteration, almost a decade after the first model was launched in the first quarter of 2010. Company founder Hans-Ole Vitus is set reveal his new masterpiece, the SIA-030, at the High End 2019 Munich show next month (May 9-12), after a delaying it for over a year.

“We take great pride in designing our equipment. I don’t want to introduce it for the sake of putting a product in the market,” says Vitus, adding, “it needs to be perfect and that is why I delayed it for one-and-half years from the planned launch date.”

Outwardly, the SIA-030 sports all the Vitus design cues, measuring 435 x 268 x 530mm (w/h/d), and tipping the scales at a massive 55kg. A beefy vibration-suspended 2.2KVA custom designed power transformer is at the core of the amplifier, with extra transformers for all logic/CPU and support circuits. Capacitor buffs will be impressed by the 400,000uF pre-capacitor and 216,000uF secondary capacitor banks.

According to Vitus, the preamp section has an internal shielded “chassis” with a separate input selection board placed directly with input connectors. All sections are modular as per Vitus’ design philosophy, to allow for easy future upgrades.

Vitus often trickles down technology from the costlier Masterpiece Series to the Signature and References lines. On the SIA-030, the fully-regulated power supply unit that also runs the output stage is similar to what is used on the four-chassis Masterpiece MP-M201 mono-block amplifiers, while the volume control benefits from a new design found in the MP-L201 preamplifier, offering 0.5dB steps-on-step with zero influence on bandwidth. The SIA-030 also features the “Classic” and “Rock” sound module seen on the MP-S201.

“We give the best of our flagship technology to our customers by incorporating it across the range for the true Vitus sound,” says Vitus.

As with the Reference Series RI-101 integrated amplifier, the 2XDSD DAC/Streamer module is can be installed, and also an MM/MC phono stage. Input-wise, the rear panel offers the usual two RCA and three fully-balanced XRL inputs. Additional inputs comprising AES, SPDIF (RCA), Ethernet, USB and Optical will be there to support the optional DAC/Streamer module.

The Class A SIA-030 is rated at a conservative 30 watts into eight ohms, pumping out a substantial 200 watts in Class AB mode with power doubling into four ohms. Line stage and phono stage offer a gain up to 12-18dB and 70dB respectively.

“With carefully designed power transformers, comes great control. You will marvel at what 30 watts in pure Class A can do.

“There is no other product in its class like the SIA-030, offering superlative performance. This is all that you will ever need if you are minimising down to a single box with everything inside,” Vitus adds.

So, are you ready to place your order…?