Denon PMA-150H – for all your digital needs 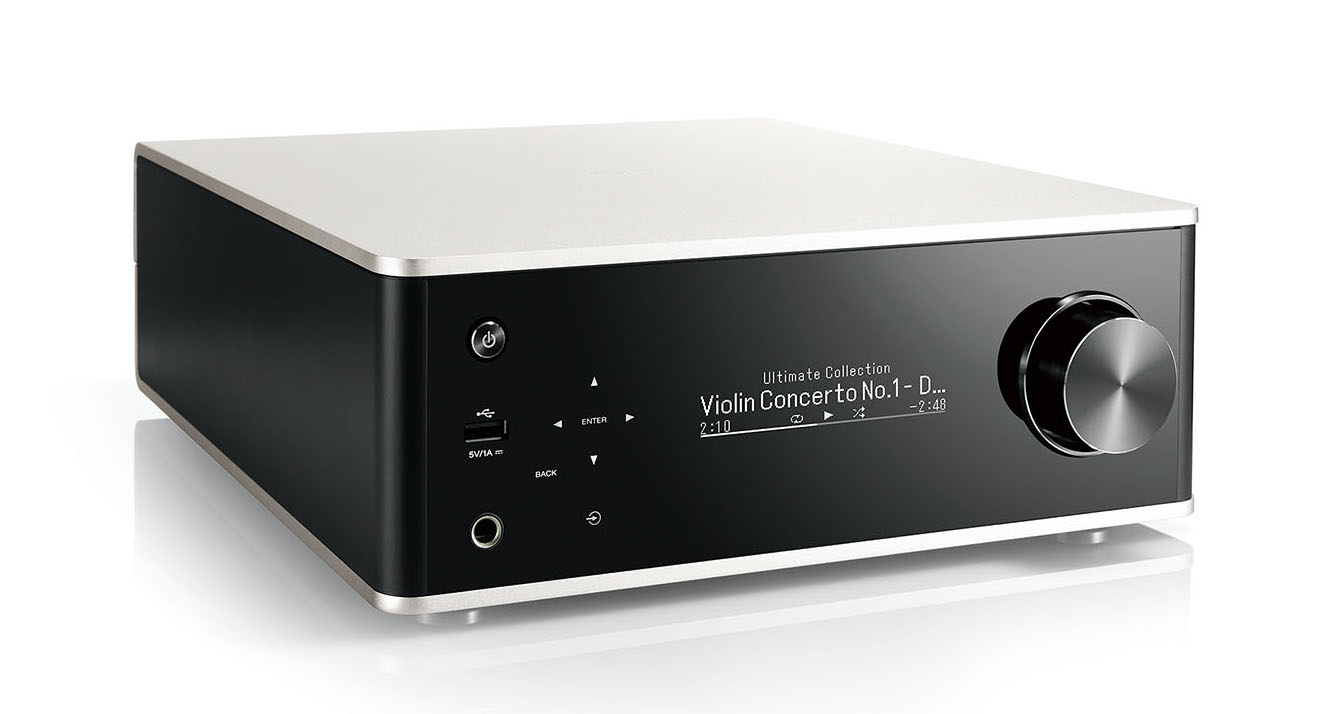 FOR all the convenience that digital audio technology offers, actually being able to use it is sometimes not as easy as it should be. One has to navigate through a network of menus, wireless connections, format compatibility issues, among others, which cumulatively can be rather overwhelming.

This is not the case with the Denon PMA-150H, which promises to do almost everything digital audio-related available. Besides havingnone of the easiest set-up processes I’ve used, there are hardly any compatibility issues to deal with – simply because it does them all! The caveat, though, is you have to see the PMA-150H for what it is – a stereo-only device and not an AV receiver. Working within this parameter, this little integrated amplifier is a gem of a device.

SETTING UP
The PMA-150H is quite a looker, with a shiny black wraparound faceplate sandwiched at the top and bottom with thick aluminium plates. It’s also small and sleek, measuring 237 x 437 x 370mm (h/w/d) and weighing 4.8kg.
There are connection options aplenty; save for the USB port on the front panel, everything else is at the back – two analogue RCA inputs, two optical digital inputs, one digital coaxial input as well as another USB input.

The PMA-150H is equipped with HEOS, Denon’s solution for a wireless, whole-home audio experience. Loading the HEOS app into any mobile device also makes it possible to control the PMA-150H with Amazon Alexa and Google Assistant.

The app also takes all the guesswork out of any complicated set-up process. Once the speakers are connected and Wi-Fi/Bluetooth antennas screwed in, you simply run the set-up wizard and wait for it to go through the hoops. I didn’t even have to enter the Wi-Fi password as the app “shares” it from the device with the PMA-150H – a completely glitch-free process.

At its core, the PMA-150H is an integrated Class D amplifier with a built-in DAC and network connectivity. What it can’t do is recognise AV-specific DTS and Dolby Digital audio formats, but is compatible with high-resolution digital audio formats like ALAC, FLAC, WAV and DSD as well as the usual host of lossy formats; with an onboard DAC able to handle up to 32-bit/384kHz PCM and 5.6MHz DSD.

I’ve also used the PMA-150H in other situations and you can see what else it can do on the Denon website here. In brief, I’ve used it as a USB DAC (with the PC as a source), played music straight from a USB storage device and transmitted music from a mobile device via Bluetooth and Apple AirPlay 2.
Rest assured it also works fine with major streaming providers like Spotify and TIDAL, among others.

LISTENING
The PMA-150H’s versatility is why it’s been used more extensively than any other piece of gear I’ve had for review. It’s also because this article is being written in the midst of the global Covid-19 pandemic, and being confined at home under lockdown, I’m glad I have had it for this length of time. It’s a small comfort but it has helped the days pass by a little easier.

It’s on from the time I get up in the morning until I go to back to bed at night- I’m either playing music via Spotify Connect in the background while I work from home or I’ll switch to a hard disc drive connected via USB for more serious listening.

The only time it isn’t playing music is when the TV comes on and the PMA-150H switches roles as the audio output device.

However, the PMA-150H did get very warm during use. It’s unknown to me why so much heat is being generated from when it sports a digital amplification section, but it never once failed or shut down due to overheating.

What I discovered early on is that the 35 watts (into eight ohms, 70W into four) output will not be the best match for large or demanding speakers like the Magnepan .7. It managed to produce some decent volume as well as some speed, detail and transparency, but fell short of the resident amplification system’s capabilities.

It was times like these where I wished the PMA-150H had a preamp output so I could pair what was a very good-sounding DAC – as well as its many digital functions – to another more powerful power amplifier.

But when I moved the PMA-150H to the living room and paired it with the Ho’s LS3/5A clone, things began to make a lot more sense. It may be rated at a just 35 watts, but music was coming through clean, fast and detailed. There may be some who are not too enamoured with the sonic flavour digital amplification imparts, but this played really well with the LS3/5A clone. Although the speaker does not produce the lowest bass, the amp was really making it sound surprisingly punchy and dynamic.

A lot of it had to do with the speakers, but the PMA-150H really shone when it came to reproducing dialogue from AV material. It was crisp, articulate and I found that I didn’t really have to increase the volume to hear what was being said.

It is quite clear that the PMA-150H’s designers anticipated that many users would employ it in an AV setting. Lending credence to this is the fact that the unit powers on whenever it detects an incoming optical Toslink digital signal, which is marked as “TV” on the back panel.

Also worth mention is the headphone output located on the unit’s front panel. Denon doesn’t give specifics what’s the engine behind it, but it does offer adjustable settings for low, medium and high impedance cans. The two pairs of headphones I own are fairly easy to drive (both claim a standard mobile phone is sufficient) but I found them to have more punch and verve on the “medium” setting. Headphones may not be the PMA-150H’s main mode of operation, but I found it surprisingly competent and more than something just thrown in “for the sake of it”.

And pay attention to the volume setting – the PMA-150H does not have a default setting and will revert to the last-used level when turned switched off and on again.

THE LAST WORD
In the short time I’ve used the PMA-150H, it has received many firmware updates – I’ve even lost count of the number but it must have been about 10 times! This indicates Denon is in it for the long run, which bodes well for constant improvement of the PMA-150H and subsequent longevity of its product cycle.

Circumstances have made me use the PMA-150H more extensively than I normally would, but that does not detract from the fact that it is a great-sounding, all-around device that will fulfil all your digital needs.