A bigger Hugo from Chord

THE Hugo DAC/headamp has been a tremendous success for UK’s Chord Electronics, with more than 10,000 units having shipped in the year since it was launched in December 2013.

Now, you don’t want to tinker with such a success story but in the digital world, events move at a hectic pace and demands vary from time to time. Audiophiles are never fully satisfied. While Hugo was – and is – as future proof as any DAC can get, it has one drawback – its size,which is stuck somewhere between portable and desktop realms.

Chord has decided to address this. Not with a replacement but with an addition to its already extensive range – the desktop Hugo TT, to be launched at the Consumer Electronics Show (CES) next month.

CEO John Franks, who was in Kuala Lumpur recently as a guest of Malaysian Chord distributor Centre Circle Audio, let us in on the plans to extend Hugo’s appeal. Hugo TT is bigger and comes with a couple of new features… but the sound remains the same, no tinkering here, says Franks. 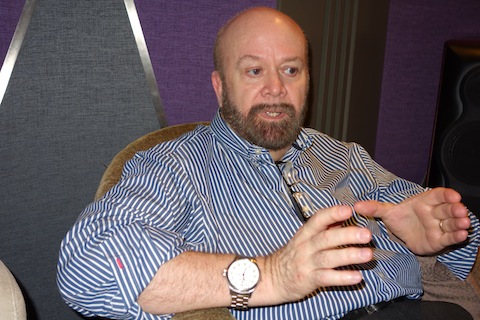 “So from those premises, I started working on what we could do to make a desktop version of Hugo that would be heavy enough so people can put in monster cables and it wouldn’t skitter across the table and dance around at the end of the cables.”

One of the complaints aimed at Hugo was the cramped inputs, which excluded the employment of certain interconnect terminations, so this was addressed with Hugo TT.

“We’ve scaled up all the inputs and outputs to full size. But we’ve kept the fundamental purity of the product, we haven’t messed around with that.

“Essentially, what we’ve done is, we’ve designed a very nice carrier board which takes the original Hugo board and then breaks out and makes large. And we’ve added a microprocessor that’s very well isolated so there’s no interaction or anything like that. 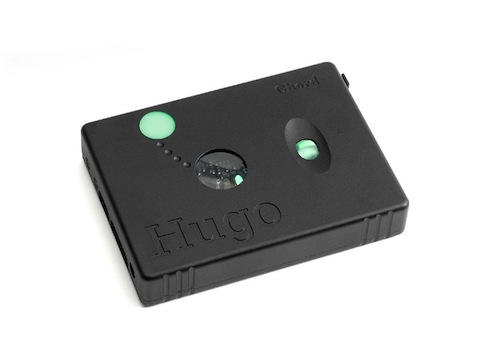 “That allows us to have a miniature display so that instead of looking at little colour LEDS inside (as in Hugo), it clearly says what the input is. And also, because it’s a microprocessor, we can use an IR and have remote control.”

Hugo TT measures 10 x 10 inches, making it significantly larger than is sibling. It is made square for a reason, too.

“That has to do with the bend radius of the cables inside, we wanted to use good quality cables. We tried to do what the purist would do to make this product.

“We doubled the capacity of the batteries and we’ve also added well over 100,000 microfarad of super capacitors which have the ability to store a vast amount of energy and release it very quickly.

“We’ve expecting a good solid performance and I think everyone will love it. The only extra active circuitry is the XLR (inputs).”

Hugo TT sports the same features as the older DAC – the two full-size and one mini headphone outputs remain, and there are the buttons on the front, allowing the user to still operate it manually.

Of course, all this comes at quite a hefty premium, Franks added.

Well, if you’re eyeing Hugo TT, time to start saving up for this big brother to the much-lauded DAC-headamp. Chord has yet to release official photos of Hugo TT or any other details but stay tuned.