IT’S a big claim but Aries Cerat, the hi-fi manufacturer from Cyprus, believes it has made the “absolute and superlative design in the integrated amplifier world” with the Diana valve amp. 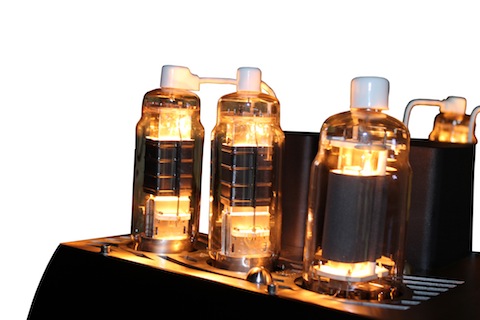 According to the manufacturer, “all three stages are designed as direct-heated single-ended amplifier stages. The first two stages are loaded with highest quality bifilar-winded, interstage transformers, no coupling capacitors present in signal path.”

Additionally, “the power supplies are fed by 800VA and 1,000VA (1,800VA total) transformers, controlled by a soft start circuit. The four 814 and two 813 tubes all have separate choke-filtered power supply units, and all six filaments are powered by six tripled filtered PSUs, to provide solid power reserves and perfect isolation between all stages.” 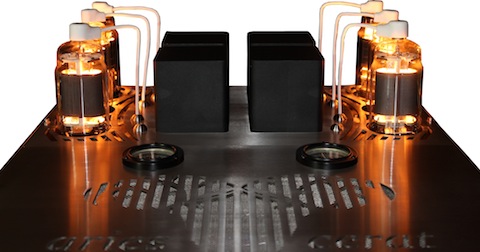 The input, driver and output tubes are biased via special circuits, and all stages can be fully adjusted and monitored while listening.

Diana has five pairs of unbalanced inputs, of which one can be ordered as balanced. Aries Cerat’s power quotes – 25 watts (sine)/50W (square).

Attenuation method is discrete-relay-switched-resistors and 24dbB of gain is offered. The amp is also HT pass-through ready.