HEADPHONES, earphones… I’ve often found them to be uncomfortably invasive or intrusive. Still, if I had to make a choice, it would the circumaural or over-the-ear type. At least, these don’t poke into the ears or press down on them.

A recent encounter with the Final Audio Pandora Hope VI headphones further reinforced my belied that circumaural would be my long-term preference – the effect the Hope VI had on me is that significant.

Final Audio Design, in case you didn’t know, is a Japanese company that started out four decades ago making high-end MC cartridges, step-up transformers and turntables. It’s quite an impressive pedigree, although today, the focus is on all varieties of headphones and earphones. 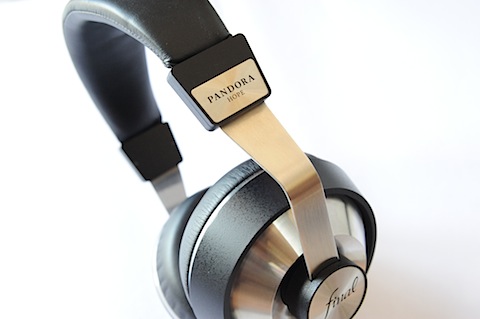 BITS AND PARTS: The Hope VI is a hybrid design, in that it uses a 50mm dynamic driver unit mated to a balanced armature driver. The balanced armature mechanism has lesser bass capabilities than a dynamic design, from my understanding, but possesses a superior level of clarity and stage depth. Final Audio, thus, attempts to marry the best qualities of both designs in the Hope VI.

The headphone has a stainless steel/ABS housing, and the part of the metal band, along which each ear pad slides up and down to get the user the right fit, lends the whole thing a very industrial aura. No doubting that fit and finish on these headphones are of a very high standard.

The 1.5m detachable signal cable is split at the headphone end for each channel, and the connectors are the twist-and-lock type. On the one hand, you don’t have to worry about the wires falling out but on the other, if they’re accidentally yanked hard, you’re looking at replacement parts. 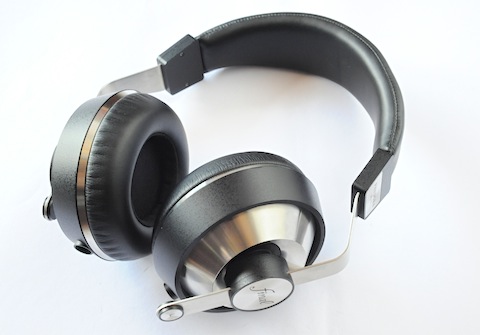 Impedance is given at an unusual eight ohms, making the Hope VI a breeze to drive most of the time – it certainly went louder at any volume setting than the other headphones I own.

Speaking of volume, the SPL quoted is 105dB which, of course, you don’t want to test unless you’re asking your ears to bleed! The usual caveat – prolong exposure to such loudness can damage your hearing irreparably.

The Hope VI weighs about 480g and comes in a plush hexagonal box with faux fur on the inside – on the review unit, this case seemed to have taken quite a beating and quickly fell apart.

IN CONCERT: First of all, I must admit these are the most comfortable headphones of any sort I’ve used. The band over the head is well padded and each ear pad sits comfortably in its place – long listening sessions were conducted free of any sort of discomfort. The Hope VI is also not as much inclined to microphony as other headphones I’ve used.

What’s the first thing you listen for when you hear any system? Bass, yes… it’s the most visceral audio attribute, and manufacturers often overplay their hand at this to draw a bigger market. Because, of course, for the majority of listeners, it’s all about that bass…

The Hope VI is a more refined player in this arena – there is bass, but it is of the quality kind than quantity. The lows here are well detailed, tight and beautifully nuanced, appropriately balanced with the rest of the mix. Bass is not the first impression here – instead, it is the wonderfully open and spacious sound stage, seemingly extended far and well beyond the pair of enclosed pads resting on your ears. 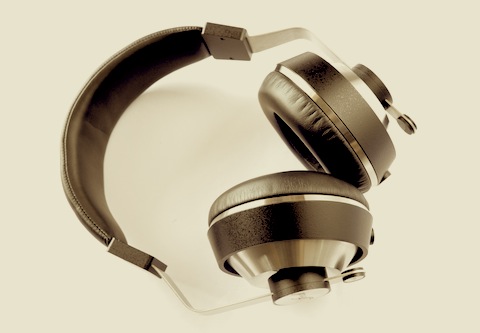 These headphones are also very revealing, so if your music collection is of the low-resolution MP3 variety, you’ll be hearing it warts and all. Personally, I have no issue with MP3 files ripped at 320kpbs, but those lower resolution signals, especially from streaming services, will make you yearn for more… thankfully, most of my listening was done at Red Book standard resolution, along with DSD, SACD and 24/192 files. My collection comprises a wide range of rock, jazz, pop and folk… from eclectic to the mass market variety.

My resident AKG, meant for studio monitoring duties, has a flat response approach, and can indeed sound colorless even in demanding situation. The Hope VI has more drive and snap, and is more enthusiastic in its delivery… although, as in other areas, it does not overdo anything. The treble is honest to the signal, and there’s a lot of body and presence to the overall sound – the wide and holographic space it creates makes these headphones a satisfyingly immersive experience.

There’s an organic wholeness to the sound of the Hope VI that makes it a yardstick at its price point… you’re going to have to pay much more for a little better.

APPLAUSE: The Hope VI is easy to drive, noticeably so compared with other headphones I’ve tried. The wide and expansive sound, despite the circumaural design, is enticing. It takes a far more refined and audiophile approach to reproducing the recorded signal than some of its competitors.

BUT…: If drum and bass and nothing else is your thing, look elsewhere… the Hope VI isn’t for you. Takes a long while to run in – and I mean, a really long while, more than 100 hours!

FINALE: The Final Audio Pandora Hope VI is a gripping performer, musical without glossing over detail and revealing of your source signal’s quality. The build and finish are on par with the sonic presentation. Put on a pair, plug into your favourite tracks and slip away to wherever the music takes you…

In fact, I liked these headphones so much, I’ve decided to get a pair.