Aune B1 headamp – top of the class

HEAD-FI listening with traditional full-sized headphones (as opposed to earbuds) is largely a domestic pastime. While even the largest headphones can be used on the move, the amplification required to get the pair to perform well is predominantly not.

Small-form headphone amplifiers exist, but one with adequate power and finesse to drive large cans properly is usually priced on the higher end of the scale. The China-crafted Aune B1, however, which sports Class A operation, is able to make bigger headphones soar, at a price that is decidedly well-grounded. 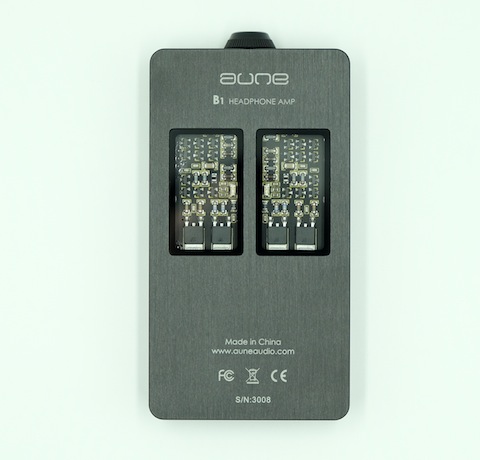 BITS AND PARTS: Based on looks and form factor alone, the B1 will get your attention. Measuring 110 x 65 X 18mm (h/w/d) and weighing 230g, it is roughly the size of an iPhone 5 but twice the thickness and weight.

The B1 sports an aluminium chassis and provides design accents in the form of a double window on the front (which exposes two mirror-imaged circuit boards with green LEDs that light up when the unit is on) and two strips of faux leather on the back.

The review sample came in an all-black finish, while the other option is a brushed aluminium finish and the two leather strips in striking red – both finishes are equally gorgeous! Another nice touch is recessing all four side panels, allowing better grip as well as reducing the chances of any accidental control button activations. 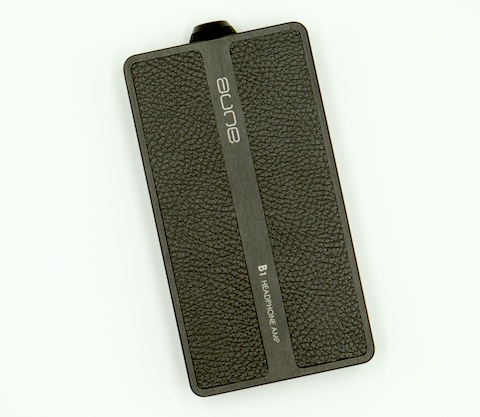 Functionally, the B1 only carries out amplification duties. There’s no DAC on board, and it will only amplify signals from a line-level output – typically, a portable source’s headphone jack. But the B1 isn’t any typical amplifier, and its control buttons reflect its specialist functions.

There are three switches on the left side panel, one for power, one for gain (5dB and 15dB) and another labelled “Class A”. The last is an odd one as it doesn’t disable Class A operation, but rather allows for switching between 20mA and 40mA current output settings. This is useful for current-hungry cans, especially those planar-magnetic types currently in vogue.

Disconcertingly, Aune warns the user to “never flip this button under B1 is working (sic)”, but is silent on what will happen if you do. I have some issue with this as at some point during use it will inevitably be flipped, accidentally or otherwise. In case you’re wondering, I flipped the switch within seconds of receiving the unit when I started using it without reading the user manual. And yes, it still continued working. 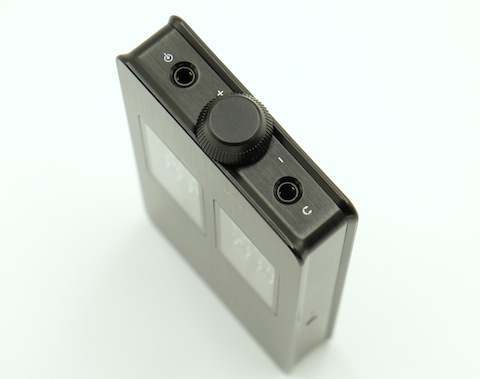 Over on the right side panel is a small button with an accompanying LED to show the unit’s battery level. This is another curious one as the remaining charge (in percentage) is indicated by the number of flashes upon pressing the button – once for 20% remaining charge up to five times for 100%.

Charging is done via a micro USB port at the bottom panel – Aune claims up to 10 hours of operation at 20mA output and five at 40mA. However, in practice, I never managed to achieve that, obtaining about four hours of use at 40mA operation. 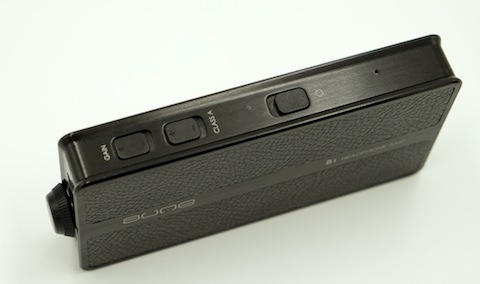 The top panel is where the two 3.5mm input and output jacks are located, sandwiching the volume knob. The knob itself has a solid feel and has just the right amount of resistance – not too loose nor too tight. The problem lies in its location, especially when right-angled plugs are used. They tend to get in the way, and access to the knob is severely hindered.

IN CONCERT: I’ve always liked the sound of Class A amplifiers, but wasn’t expecting too much from the B1, given its modest cost. This misconception was blown away upon hearing it. The first thing I noticed was that it had plenty of power on tap (set to 15dB gain, 40mA current). With both the HiFiMAN HE400i and Sennheiser HD650, the B1 managed to achieve volume above comfortable listening levels, and this without cranking it all the way up.

I did max out the volume without any music playing – only to hear if there was any perceptible operational hissing noise, but all I heard was silence. This translates into a lower noise floor, which will better reveal the dynamics in the music!

Audio purists believe Class A amplifiers tend to sound better, but the design generates a lot of heat due to its inefficient nature. While there was some heat build-up using the B1, it only stayed warm to the touch, and never too hot to handle even after hours of operation. Heat won’t be an issue here – frankly, my iPhone 5s runs hotter after it’s been used for playing games, for example.

In terms of performance, the B1 is excellent – there’s hardly any weaknesses to speak of. As it purely provides amplification, the resulting sound is very much dependent on the quality of the source. The B1 is also exceptionally neutral – there’s no obvious boost in the bass or highs, and the midrange delivery is very beguiling. 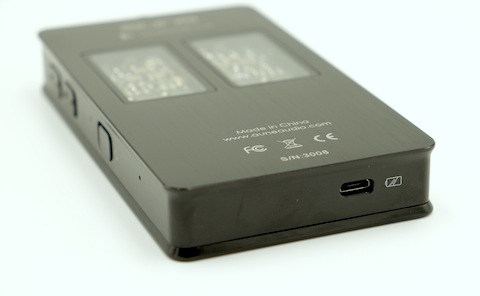 This is not to say it won’t appeal to bass heads – on the contrary, the B1 keeps an iron grip on bass. Lower frequencies are always in control, with excellent speed and good, tight slam. In fact, you’ll be able to better hear what the bass notes actually sound like rather than just a constant assault on your eardrums. Anyway, if it’s bass you like, you probably have a pair of headphones that can deliver this, and the B1 may show how accurate – or coloured – they actually are.

Treble delivery was also nicely extended, with shimmering detail and never overly-bright (I particularly liked how metallic percussion sounded with the B1 – cuts through the mix but not the eardrums). The midrange, where most vocals lie, appears to have been given the slightest of emphasis. This, however, has been tastefully done and lends a bit more warmth to the overall sound, adding to your enjoyment of music rather rather than subtract from it.

I also found the B1 to have very honest soundstaging – it shows what spaciousness is present in the music itself and the headphone’s capability in producing it. This is also due to the B1’s excellent rendition of detail, as it does not mask much of the source and recording.

As for the B1’s settings, use of the gain switch is obvious – high gain for larger cans and low for smaller, in-ear types. Frankly, though, I found the difference between the two 20mA and 40mA modes Class A modes to be very subtle. In 40mA mode, the presentation is slightly tighter across the board, with marginal gains in bass and treble delivery. Since I was using large cans for most of the review, I left it at this setting all the time. 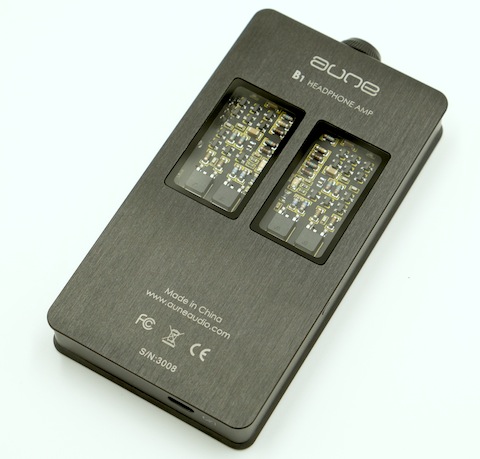 APPLAUSE: There’s little to dislike and much to like about the B1. It has an honest, unadulterated sound that will appeal to purists, and is closer an audiophile’s gold standard of “straight wire with gain” than any other portable amp I’ve tested.

BUT…: The volume knob should have been set to one side instead of between the two jacks, but this would have destroyed the B1’s symmetrical look. While it remains portable, it isn’t the smallest unit available and can be quite hefty when stacked onto a portable source.

Would also have liked a “battery low” indicator instead of having to check it for remaining charge. Oh, and if switching the current was so detrimental to the player, it should have provided some kind of locking mechanism instead of a measly warning on the user manual.

FINALE: Don’t think of the B1 as a tuning device – it won’t alter the sound much and will honestly render all the strengths and weaknesses further down the chain. Instead, what it offers is the ability to bring top-class amplification for your cans wherever you go.

Even pitted against much pricier options, including desktop units, the B1 is able to stand on its own merits. Factor in its modest cost, and the B1 deserves more than serious consideration. Recommended.