THERE’S something about the Japanese and a love of air. Their bakers prize airiness in their loaves, clothing brand Uniqlo has an Airism line, and in the audio category, audio-technica has its Air series headphones.

Running with the theme, audio-technica calls the AD700X an audiophile open-air headphone rather than just open-back. Perhaps they aspire to deliver the lively all-weather fun of an open air concert.

The AD700X is the second most affordable unit from the Japanese company’s new X-series line up, though curiously the old hideously purple AD700’s are still available on their website for US$40 less. 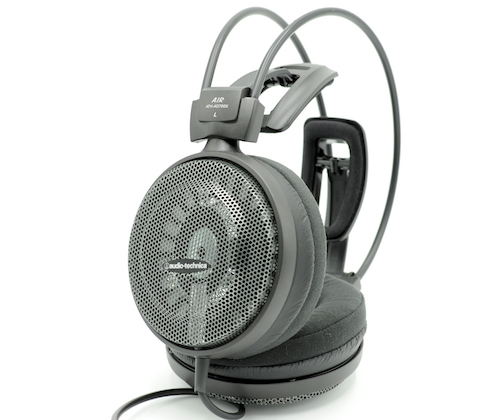 BITS AND PARTS: Thankfully, the updated AD700X comes in the low-key black previously reserved for the higher end models. This black works brilliantly with the chrome aluminium honeycomb outer casing which protects the headphone’s 53 mm drivers.

Another component that got an update is audio-yechnica’s signature “self-adjusting 3D Wing Support” which is now thinner and lighter. The slightly-dorky pads, which look like something out of a sci-fi movie, provide a more comfortable alternative to head-hugging straps and also save wearers the trouble of adjusting the headphones.

The velvety circumaural earpads with low grip-pressure also contribute to comfortable long-term listening, though those in warm climes may find themselves hot under the ears after a few hours.

A trade-off is that the looser grip makes the headphones prone to slippage when the wearer moves, especially on smaller heads. Its weight at 265g doesn’t help either.

Some may assume the flimsy looking 3D Wing Support could snap under light abuse, but my three years with the last generation AD900 suggest it’s tougher than it looks. 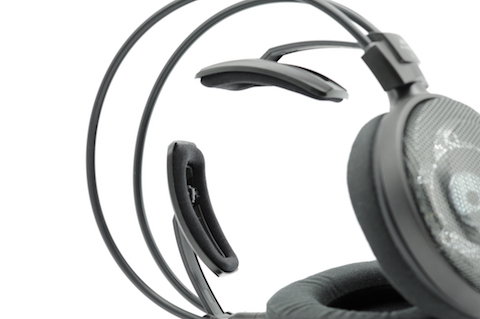 The AD700X has a single sided, non-removable OFC cable coated with elastic TPE, which the manufacturer claims prevents tangles. The review unit came with a velcro cable-tie which kept the three-metre wire manageable, something I’d recommend to anyone planning to use it for a desktop setting.

Like all audio-technica headphones short of their top-end wood closed-back models, these come with gold-plated 3.5mm connectors, though a 6.3mm adaptor is provided.

At a similar price point, the M50 closed-back monitoring headphone’s metallic terminate with matching stress reliefs are much nicer than the AD700X’s rubberised connector. The new kid’s push-on adaptor also has a tendency to come off when removed from a slot, unlike the M50’s screw-on adaptor. 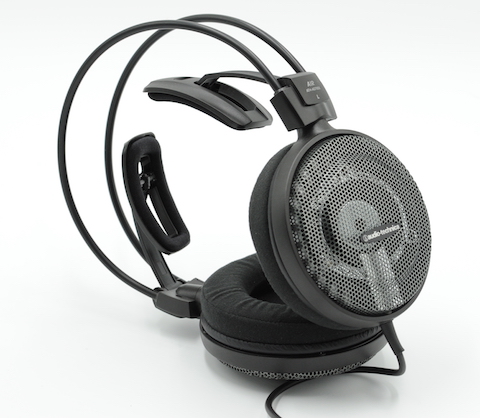 IN CONCERT: As a long-time user of audio-technica’s cans, I had the chance to compare it against the AD900 and M50.

Now some would say that’s like comparing a Fuji Apple against an Ambrosia apple and an orange (okay, I’m a fan of apples, the fruit not the tech company).

Combined with the headphone’s slant towards highs, this makes it perfect for female close-harmonies, like the Puppini Sisters. On their hit remake of the Andrew Sister’s Boogie Woogie Bugle Boy, the Puppinis’ vocals come front and centre with the tiny brass wind a clear fourth voice.

The degree it picks up the high pitched brass is unfortunately part of a weakness in the headphone’s bright sound signature.

On the flip side, it’s lower end is too soft, an issue that effects most of the lower-to-mid-end audio-technica open-back headphones. This makes a timpani sound more a tap than a thump, irritating on scores that need percussion as an exclamation mark. 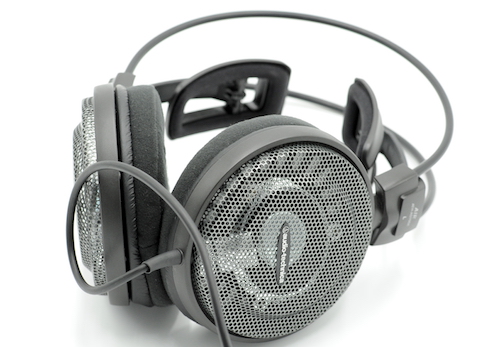 Amplification does improve the sound, closing the gap between it and the AD900. Oddly, though both are rated at 38 ohms, the AD700X required the volume set higher to get the same real volume. Same applies on the iPhone 6, needing the volume set at above the halfway mark and about a notch higher than the AD900.

With my Meier Audio Corda Concerto amp (which is a bit on the bright side too), its lower end was more evident, but it still seemed hollow. The net result was being able to hear the details of the music, but not catch the feeling of it. And where’s the fun in that?

To quote a lyric by folk musician Tallest Man On Earth “I’m leaving’ cause you don’t feel what you’re dreaming of”.

Relatively, the AD900’s are more musical while the close-back M50 with its tighter bass is more engaging, especially on rock and pop music. That’s quite an issue if you consider that the M50 was meant for monitoring. 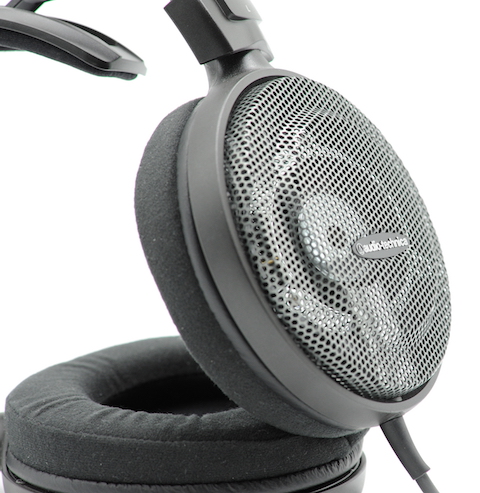 APPLAUSE: This odd looker provides unrivalled comfort for the price, while its sound provides quite accurate rendering if a bit lacking in emotion. It’s good enough to scale up with some modest gear, making it option for those beginning their descent into audiophilia.

BUT…: Bass heads should give this a skip, the M50’s lower range is more satisfying for this price point.

FINALE: My main issue with these cans is they just seem to lack that musical something, but if an audition convinces you otherwise, the AD700X is a solid headphone.

Mid-range audio is always a compromise, a handful of cash here and there so often promises a push deeper into the land of audio nirvana. Realistically, this is a pretty good deal, with purchases above this price point probably netting diminishing returns despite the exponential price increase.