HAVING remained a vinyl fan through the dark years of its purported impending demise, it is most gratifying to witness the current resurgence of vinyl and its recognition as a high-resolution format of great musicality. This renaissance means it’s literally raining new turntables, cartridges, phono stages and associated accessories at every price point.

The subject of this review is a phono stage from an Italian company, Audia, founded in 1986 and focusing on higher priced offerings. The phono stage carries the simple name of Audia Flight Phono and is part of Flight range of products that includes CD players and amplifiers. A brief check on the net revealed that most of the Flight products have been well reviewed and regarded by users. 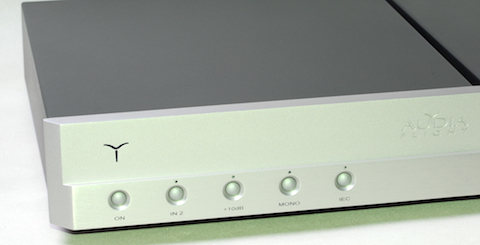 BITS AND PARTS: The Phono, surprisingly, does not sport any wood-finished exterior, as is usually associated with Italian hi-fi products. However, it is beautifully presented in a satin steel front plate, for both the main unit and hefty power supply. The two boxes are designed such that when the power supply box is placed on the right side of the main unit, both seem to meld into a single box, matching the looks of other products in the Flight range.

The main unit front sports five neatly arranged buttons for power on, input selection, 10db gain selector and, rarely seen today, a mono and a IEC subsonic filter for rumble. Each button, when pressed, lights up a blue LED, which I found rather attractive. The subsonic filter was especially useful when using my vintage turntables.

Around the back, two sets of RCA inputs allow two turntables or tonearms to be connected, one each for MC and MM cartridges. But this can be specified by the buyer at point of purchase to be whatever may be required. Above these inputs is a recessed enclosure covered by a screwed-in flap, which houses the jumper pin-switch panel for configuring impedance and capacitance of the inputs to suit the cartridges in use. 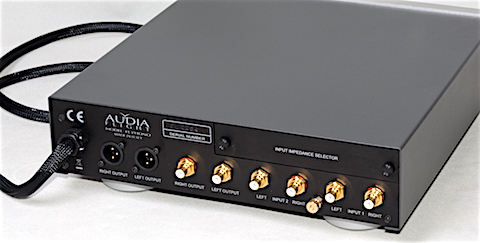 Such flexibility allows almost all current cartridges to be optimised to work with the Phono. For the review, the default settings of 47kOhm for my Nagaoka MP500 and 100 ohm for my Denon DLS1 cartridges worked well enough.

As mentioned, the power supply is a very hefty box and though smallish, is risky to carry it with one hand. The on/off switch is at the back next to the power cable. The connection to the main unit is a substantial cord, one end of which is terminated with a multi-pin connector reminiscent of computer monitors of old – I surmise this is to carry command signals when buttons are pressed. There are also communication ports to allow connections to the other equipment in the Flight range.

Overall, the two-box unit is beautifully finished and comprehensively featured to suit any type of potential buyer.

IN CONCERT: The review unit needed quite a bit more breaking in even though it was supposed to have been in use in the showroom. The initial sound was rather bright and etched, and lacking bloom. I should mention here that the powering on process takes a longish period – the blue LED blinks for almost a minute. The manual says the unit can be powered on 24 hours as the circuits are kept dormant then, but for the review, I opted to power off the mains after each session, given the frequent lightning storms at my place.

Serious listening started after almost 20 hours of burning in. With my selection of vocals, jazz, pop and classical, the immediate impression of the Phono was how extremely quiet it was. By quiet, I meant dead quiet, almost making me forget that I had a phono stage actively in play during stylus-off vinyl periods.

From this quietness, a supremely assured, balanced and dynamic portrayal of the music emerged. And superb clarity, too, making everything seemingly freshly minted. If you imagine this could translate to clinical and soulless sound, far from it. There was a subtle degree of roundness to musical notes, be they vocals or instruments. The soundstage was fairly wide and accurately portrayed but not in the pinpointed manner that some favour. Instead, it seemed like live music being played in front of you, the rounded notes showing body and heft. There was a strong midrange presence and bass had plenty of weight and attack.

I like saxophone and was very impressed by the Phono with music from Sonny Rollins, John Coltrane, Ben Webster and the like. On the album Soulville, Webster’s signature sound was portrayed with just the right balance of brassiness and airiness, and with every note inflexion and breathiness clearly heard. 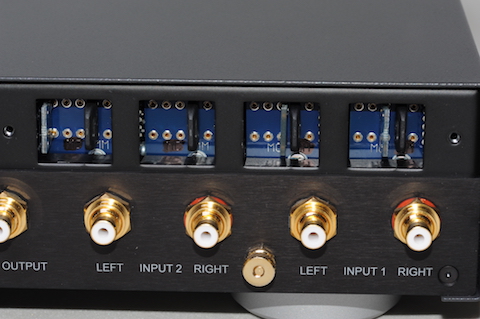 Clarity was also a big plus for vocals such as Ella Fitzgerald, Diana Krall and James Taylor. On James Taylor’s latest album, Before This World, each track was beautifully presented with his voice clearly in top form but betraying his age, of course. This album also clearly showed the Phono to be highly revealing and capable of wringing out every subtlety, nuance and micro detail captured in the recording. Every pluck of a string, intake of breath or very soft supporting instruments was revealed. The downside to this, obviously, is that every imperfection is also heard. If you have poor quality pressings or less than pristine LPs, you will hear it!

Playing live recordings through the Phono was a joy. The clarity, and natural and airy presentation allowed one to be fully immersed in the music and be transported to the venue. A good example of this is the Ornette Colman Trio’s At the Golden Circle: Live In Stockholm, which sounded really atmospheric. Guitars on Larry Carlton’s Alone But Never Alone and Dire Straits’ Brothers In Arms were rendered with all the air and force expected, and with great dynamics. 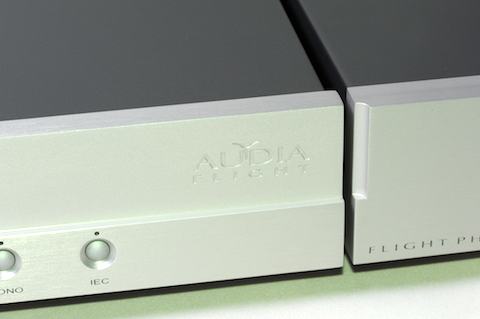 Close to the end of the review, I plugged in the Midas-bodied Denon 103R cartridge. I was pleasantly surprised to find that the heavier-bodied sound of this cartridge complementing the clear and airy sound of Phono very well. Whilst slightly less detailed, the result was much closer to live music being played in front of you. It certainly highlighted how good the the Phono can sound even with a budget cartridge.

I would add that the phono stage continued to improve particularly in the areas of bloom and timbral honesty as the review continued and only at about the 50-hour mark did I sense that it may have fully reached its abilities.

Compared with my all-tube analogue set up, the Phono was slightly cooler and had just a bit less bloom, as to be expected. But in terms of clarity and dynamics, it was clearly superior.

BUT…: You really need to have good quality and very clean LPs to do justice to this phono stage. Its clean sound may be too much of a good thing if partnered with similarly voiced equipment further downstream. And it needs a lengthy burn it period for optimum performance.

FINALE: The Phono is an excellent product, capable of very high resolution when partnered with well-designed turntables and cartridges. Surely a must-audition for anyone shopping for the very best, regardless of price.

It may well be the very last phono stage you’ll need to buy.