THE new and “more affordable” Progression range has been announced by D’Agostino Master Audio Systems, the first product in the line being the behemoth mono power amplifier – it is the largest and most powerful one the company has made.

The Progression mono power amp thunders out 800 watts into eight ohms, doubling that to 1,600 watts into four ohms and doubling again to 3,200 watts into two ohms… most mortals will be more than sated with this sort of numbers indeed!

Using a fully complementary driver stage and output stage, the Progression is beefed up with 84 power transistors, a 4000 VA power supply transformer and 400,000 microfarads of power supply storage capacitance.

Looks-wise, the design takes cues from the costlier Momentum range power meters, apparently inspired by the elegant faces of classic Swiss watches. A new meter design is featured, though, with a 270-degree needle swing, driven by a high-speed ballistic circuit to enhance responsiveness. The longer swing ensures the needle covers the amp’s entire output range. 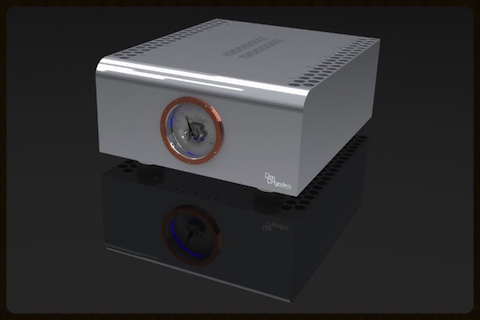 Says Dan, the main man: “With the Momentum series amplifiers, I focused on combining high power output with a relatively small form factor. But I knew some of our customers had a desire for a larger, more powerful amp at a somewhat more affordable price, that’s why we created the Progression series.

“These components are a little more affordable than the Momentum series, in large part because we used aluminium instead of copper for the heatsinks. Progression doesn’t quite match the sonics of Momentum, but these components still have most of the hallmarks of Momentum, including through-hole construction for the best sound quality and durability, and the same unmistakable, elegant look. Like all our products, the Progression series components will be built by hand in our Arizona factory.”

The Progression mono amplifier is expected to ship in the first quarter of 2016, when the price will also be announced; it will be available in silver or black finish.

Future products in the the Progression line include a stereo amplifier, a stereo preamp and a lifestyle amplifier similar to the Momentum Lifestyle MLife integrated amplifier/DAC/streamer. 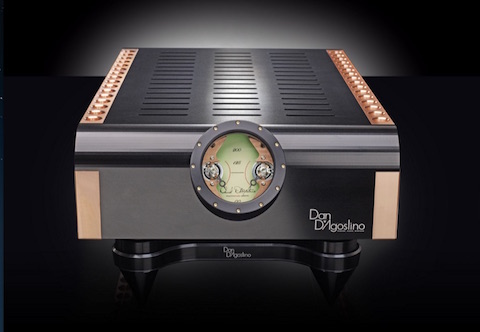 The Momentum S250 gets a power upgrade, now delivering 250 watts per channel into eight ohms, up from the original 200-watts specification. A 20% increase in transformer size, up to 1,800VA, provides the engine for this  increase. Connected to the larger power source is a new output stage design that includes a number of major enhancements.

The driver section has had a major revision, now with a fully complementary signal path that has individual transistors employed for the positive and negative halves of the musical signal. Current drive is nearly doubled and feeds a new output stage with an open loop gain increased by the same factor of two.

The Momentum S250 employs the same chassis as the original with a small aesthetic design change to the copper feature on the faceplate sides. Additionally, the meter now displays a scale appropriate for the greater power output.

Current Momentum stereo amplifiers can be upgraded to the Momentum S250 for US$7,500 – included in the upgrade is the new meter plate. Check with your D’Agostino dealer…