Enjoy the music: A beginner’s guide to becoming an audiophile

SO you’ve recently picked up this new exciting hobby after finally getting enough funds, and courage, through lots of reading and recommendations. Losing a bit of your senses helped, too, I would imagine. Bought yourself a fancy new in-ear monitor and were quickly mesmerised by all the new sounds coming out of your music that were once mere hints of musical melody.

Then you thought to yourself, “well, there must be more, and I shall have more!” But hold your horses, you can’t just dive balls-deep into a lake full of carnivorous crocodiles, you’ve got to have preparations. Here’s a four-chapter crash course on how to earn yourself the title of “audiophile”. 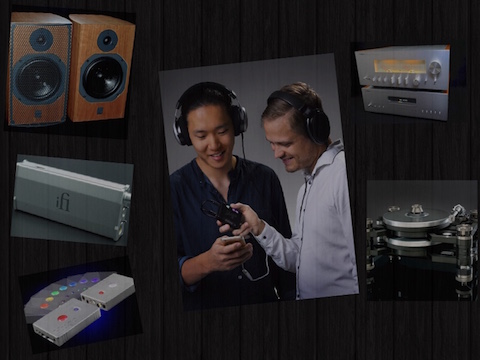 Chapter One: Know what you’re hearing
Try listening to a few live performances as a reference. If you know how to play music instruments, then all the more power to you. I have been hearing my father play the acoustic guitar ever since I could remember. I know what it sounds like, and I know what to expect when I hear a recording of a guitar performance. That’s the idea.

Some that are recorded rather haphazardly may sound too loud, too bassy, and too “big”, like you’re inside the instrument and that’s not good. If a live ambience is in order, then you should know what that sounds and feels like, too. You would also need to learn to hear digital artefacts from lossy audio compression like mp3, but no need to strain yourself when you can’t tell the difference between 320kbps mp3 and the actual CD copy; you’re actually not supposed to be able to unless you’re a “golden ear”, or a psychic.

Chapter Two: Decide what type of listener you are
True high-fidelity enthusiast would like to get the most accurate and realistic music reproduction as possible, to the point where they can hear the flaws in the music recording.

On the other side of the pond, you have the more casual ones. They like a bit of bass-boost once in a while, and don’t mind a slightly edgy treble for a bit of bite with certain music. Both styles of listening require the mastery of the previous discipline. The biggest difference between these two is what type of equipment they end up buying, which brings us to the next chapter.

Chapter Three: Know what to buy
For starters, we have the basic three; the source, the amplifier, and the output hardware. The source could be anything from your desktop to your portable media player. The amplifier and output hardware (your IEM, headphone, or speaker) are closely related. You would buy one based on the other.

Many amplifiers are only comfortable powering up speakers with a minimum of eight ohm impedance. Some headphone amplifier would only be able to power a minimum of 32 ohms cleanly and are not recommended for balanced armature earphones.

The use of external amplifiers with portables is however optional, but highly recommended if your source only has a digital volume control and you listen to it very quietly, which in short is not very good for high-fidelity. They become mandatory if your headphone has very high impedance and would require 90% volume just to get them to power up to a decent loudness. You’ll find that bass performance improves as well with those headphones.

The use of digital-analogue-converters (DACs) are at most optional, and if you decide to buy one because you believe the DAC section of your source is poop, know that the DAC should not have a “sound signature” of its own. It should be the only neutral equipment in the chain, because all it is supposed to do is introduce the amplifier to an exact translation of a digital signal into an analogue one. As you may have guessed, all these cost money, and that brings us to the next chapter.

Chapter Four: Be prepared to spend money
Good equipment is expensive, and great equipment is ridiculously so. Be it custom in-ears, exotic headphones, “full-range” multi-driver speakers (don’t forget the room treatment), vinyl players, DACs, CDPs, amplifiers, none of the equipment in the chain can be had for an entry-level budget, except the cables (I might have stirred something up here, but let’s not get into that now).

You can save some money by buying second-hand, and not giving in to the upgrade itch. Audition the equipment first before buying, especially if it costs a considerable percentage of your monthly salary, and preferably with your favourite gear. Bring your favourite headphones to the store, or bring your favourite player if you’re going to buy a new headphone, or even speakers.

Here’s a tip to save some money – you can buy an amp to compensate for a headphone’s weakness to get an all-rounder. I liked the sound of the Audio Technica MSR7 bass-boosted by my cMoyBB amp. This combination costs considerably less than a headphone with similar bass capability and all-round resolution.

So there you have it. Master all four in order and you are well on your way. Before we part let me remind you of one final thing – don’t get caught up in searching for the right sound until every listening session is just that, a session. Don’t get caught up in the format wars and audiophile snake oil.

Enjoy the music, not the rig.

Anif Abdul Fatah is in his late 20s and currently undertaking a Bachelor’s Degree in Mechanical Engineering. He grew up to the sounds of car engines rather than music and his engineering background heavily influences his audio hobby. And although he finds excitement in manipulating the invisible forces of sound waves with mere wooden boxes, his true musical enjoyment has always come from the music itself. The opinions expressed here are his own.