IN any conversation about digital audio technology, the names Bob Stuart, Allen Boothroyd and Meridian Audio will invariably be mentioned at some point or another. So when a product originates from the company that has played a significant role in the advancement of the technology, one tends to sit up and take notice. 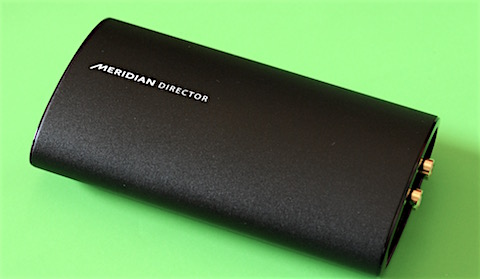 BITS AND PARTS: The Director DAC accepts signals from both USB and S/PDIF (optical and electrical) sources. However, it is compatible solely with the PCM digital format. No DSD here, but not a surprise given Meridian’s long association with all things PCM.

It also has a ceiling of 192kHz/24-bit resolution via USB and electrical digital inputs, and 96/24 via optical digital connection. At a time where 384/32-compatible DACs are commonplace, the Director’s specifications appear rather modest – but if you consider that 192/24 is the highest resolution commercially available at this point in time, is there truly a need to go beyond that?

The Director is housed in an elliptical-shaped aluminium chassis measuring 34 x 80 x 139mm (h/w/d), and weighs a mere 250g. Available only in black, it has minimal markings, save for the words “Meridian Director” on the top. End caps at both ends are made of high-quality plastic, with the front sporting a sole input selection button with LEDs indicating input selection and current sample rate flanking it. It doesn’t specifically state the rate, but has three LEDs marked 1x (for both 44.1 and 48), 2x (88.2/96) and 4x (176.4/192). 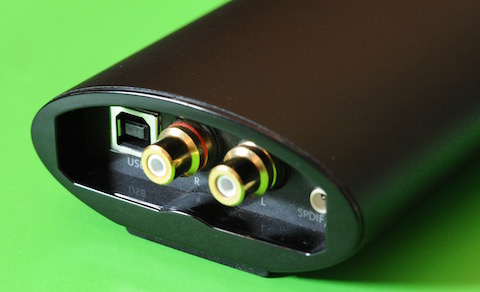 Over on the back are a single pair of RCA analogue outputs, a USB “B” input, and a 3.5mm input (similar to earphone jacks) that accepts both electrical and optical signals. Converter plugs for both 3.5mm optical and electrical connections are included in the package. Note, however, that the Director does not have a dedicated power input jack. It is powered solely via USB, and when using the S/PDIF input, a wall-wart power supply which connects to the Director’s USB jack has to be used.

For PC users, a dedicated driver has to be downloaded and installed from the Meridian website here, but for Mac users, it’s simply plug and play.

IN CONCERT: There’s much to like about the Director DAC, and its sonic signature is such that it’ll find favour with most listeners. There’s plenty of detail on tap – more so, in fact, than the resident M2Tech Young DAC. Instruments, voices and percussion have incredible presence and precision. For example, you can clearly hear the leading and tailing edges of a guitar string being plucked, and the musician’s expressive nuances are clearly pronounced.

Notably, the Director isn’t so hell-bent on retrieving detail that it sounds too cold or analytical – there’s also just the right touch of warmth to its sound. Once again, it doesn’t overdo this and turn the sonic into a mushy mess – in fact, it manages to strike a fine balance between the two extremes.  Its resolving capabilities also extend to the way it presents the music as a collective whole. Orchestral works, for example, don’t just sound like a wall of massed instruments and each individual instrument is easily distinguishable from the mix. 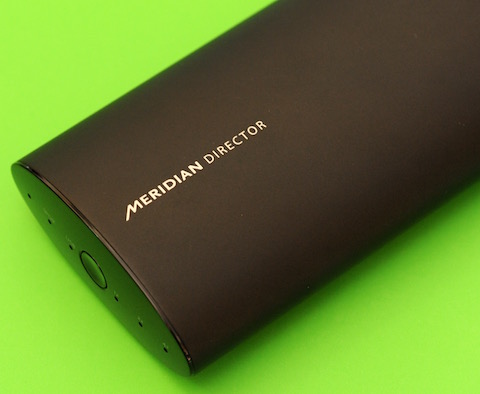 The Director also excels in the way it portrays the soundstage and the instruments within it. Not only is it expansive, but each instrument seems to carve out its own niche within the sonic space. This lends a sense of great palpability to the music, with each instrument demonstrating superior three-dimensional presence – more lifelike, if you will.

Also notable is the range of tonal colours that the Director manages to convey. It checks all the right boxes -the  treble is sweet, nicely extended and does not exhibit any harshness, while a seductive midrange really brings out vocals and wood-bodied instruments. Its bass, while not the deepest around, has impressive weight and speed.

Personally, what I find most impressive about the Director is that it isn’t a mammoth-sized, cost-no-object rig that needs two men to lift. It is a truly portable unit you can lift with two fingers and fit into your pocket, yet has the quality to give anything at its price range – of any size – a run for its money. I’m pretty confident that it will sound good even in the highest-end of hi-fi rigs. Take a listen, it’ll be worth your effort. 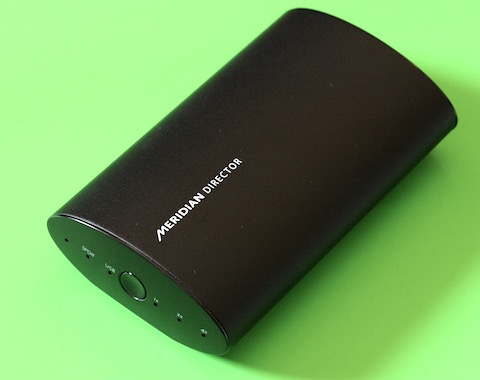 APPLAUSE: Superb detail retrieval with amazingly tight bass. Excellent sonic balance – not too warm nor too analytical. One of the more musical DACs you’ll hear.

BUT…: No DSD compatibility, but then again, if its PCM playback is this good, is it really needed? Sources power from USB only, and the option of an external power supply for computer audio playback would have been welcome.

FINALE: Despite the legions of like digital audio products available to the audiophile today, the Meridian Audio Director DAC manages to stand out and distinguish itself with its superlative performance. Yes, there are cheaper products available – some even with DSD compatibility – but you can’t really put a price on true quality. A fine listen and highly recommended.