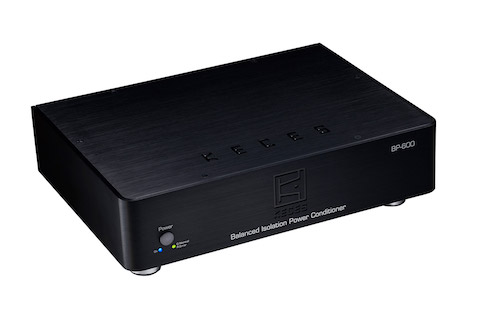 + Displays all the hallmarks of clean power such as lower noise floor and better dynamics.
– Would have preferred more than two outlets. Has difficulty accommodating UK-style plugs (issue will not arise with EU/US plugs).
Sound: 9/10
Value: 9/10

DOES clean power truly make a hi-fi system sound better? Sceptics will say “nay”, of course, but walk into a listening room with a high-end system and almost invariably, there will be some (or multiple) form of power conditioning device in use.

The pervading wisdom behind this is that power from the mains line is never perfectly clean. There are all manner of factors supposedly behind this, from the power source itself or other electronic/electrical devices corrupting the mains circuit, amongst many others.
I’ll admit that ensuring clean power to the hi-fi system was not high on my list of priorities before. The benefits were audible in the few instances I tried power conditioning devices in my fledging audiophile years, but these were not significant enough to warrant the outlay such devices demand.

However, as the system evolved and was upgraded through the years, any improvement that inched my system closer to the “ultimate sound” was welcomed. My belief is that power conditioning devices really come into play when the system reaches a certain point of sophistication and transparency. When that point arrives is highly subjective, naturally.

The Keces Audio unit in question here is the BP-600 balanced isolation power conditioner, and as the name suggests, it employs a huge 600VA toroidal transformer to carry out its core function. You can read more about how it works here.

The BP-600 is the smallest unit in the range and provides two power outlets in UK, EU or US plug configurations – there are bigger units in the BP-1200 (four outlets) and BP-2400 (eight outlets) available. This unit is encased in a black powder-coated 4mm-thick aluminium chassis measuring 66 x 300 x 220mm (h/w/d), and is hefty for its size, at 7kg (the transformer making up almost all of it). It’s a plain-looking unit, except for the Keces brand name and logo engraved on the top and front plates. 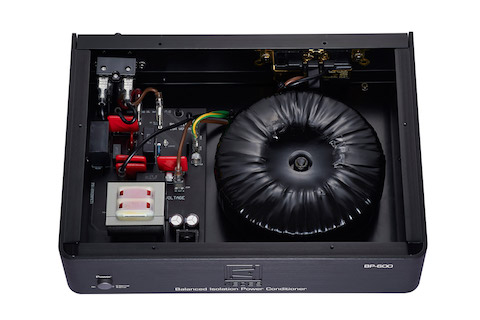 There are also two LEDs flanking the power button on the front signifying operational status and a reset switch at the back, where the power outlets are also located. The outlets provided are of high quality and have dust covers, and there’s a good feel to it when switching plugs in and out. That’s pretty much it, really.

SETTING UP
Well, there’s nothing to set up, really, except to insert the power plugs from the equipment being powered.

The only caveat here is if you’re using UK plugs. As I discovered, the outlets are orientated in the same direction – bottom of one outlet to the top of the other – and this prevented me from using two plugs at the same time as the cord leading out of one was obstructing the other plug!

This was remedied by opening the top plate and re-orientating the outlets (so the cords lead upwards). This will not be an issue with US or EU plugs, and henceforth for UK plugs too, hopefully.

As the BP-600 was the smallest in the range, I did not connect my power-hungry 200W-rated monoblock power amps to the unit (the transformers in each are bigger than the one found inside!). The preamp was always connected, and in turn the DAC/HDD player or the phono stage (for digital and analogue sources respectively). At a later stage, a power distribution outlet was used to connect more components – but purely for convenience.

LISTENING
From the very first note that came through the system, it was obvious that things had taken a turn for the better – the most immediate audible difference being a darker and quieter noise floor. Just as colours are more vibrant against a black background, this was similar, albeit on a sonic perspective. It’s not the same as Dolby noise reduction on good ol’ compact cassette – it’s as if the music can be more easily heard, yet the volume and sonic colours remain the same. 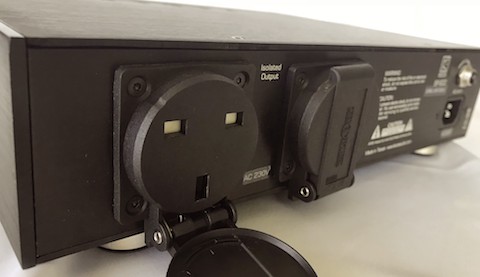 But the benefits did not stop there – soundstaging and imaging improved, with seemingly more air, better definition of the sonic space and more precise localisation of instruments in the mix. Also noticeable was how it made highs a little smoother and sweeter, the mids more palpable and the bass tighter.

However, what to note is the degree of improvement perceived – it’s not as if you’ve switched out a component for a better one. It’s subtle, but in an absolutely desirable direction.

THE LAST WORD
In short, The BP-600 made improvements across the board in every aspect that audiophiles want from their systems. They weren’t night and day differences, but there are increased nuances which allows you to enjoy the music a little more than before! That’s all we want from our music, right? Definitely worth a go!