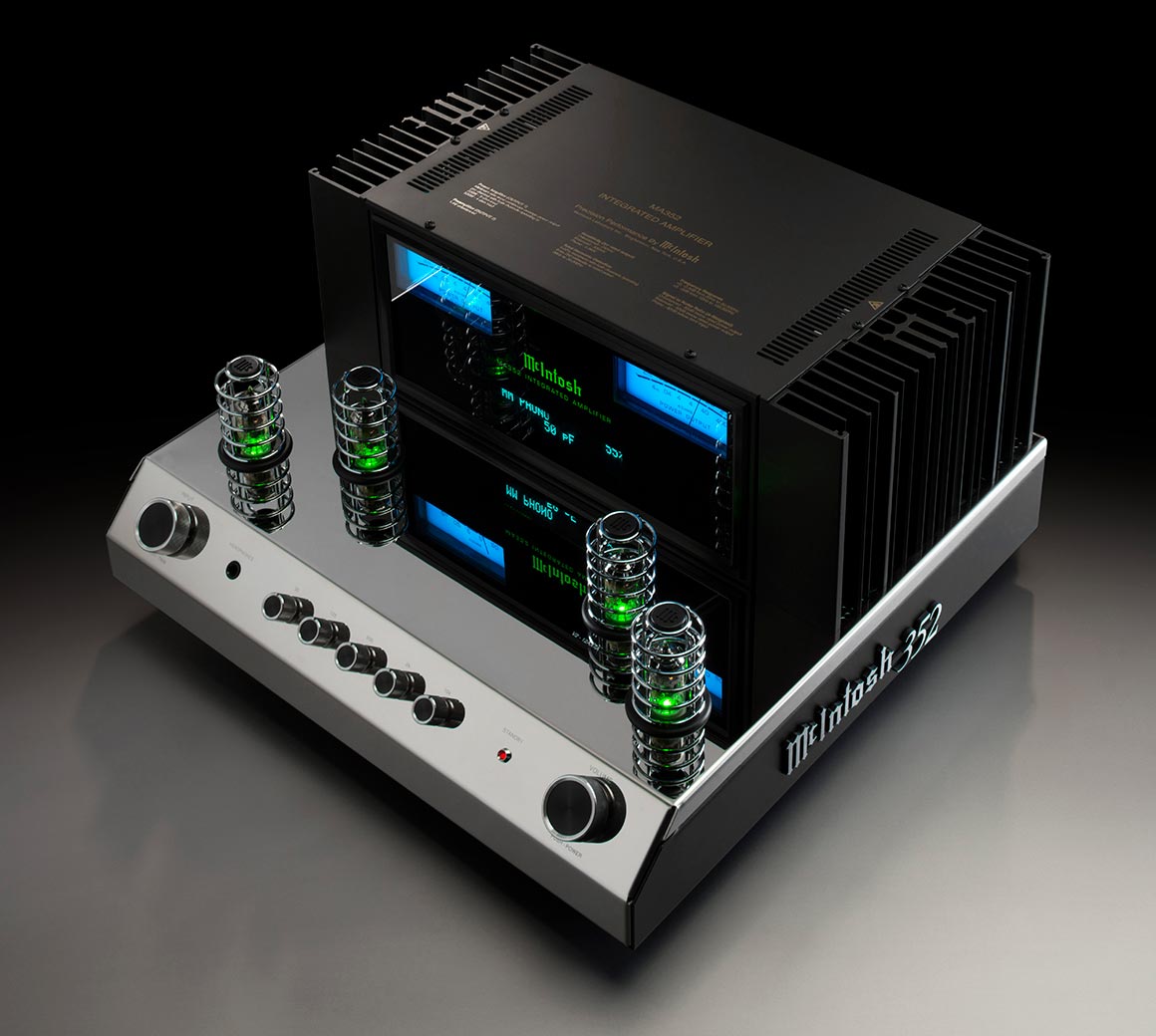 THE first hybrid integrated from McIntosh Lab, the MA252, has been so favourably received that the company has now announced a more powerful version – the MA352.

Like its smaller sibling, the MA353, says the company, “combines the finest of vacuum tube and solid-state audio design principles… the result is an eye-catching amplifier that enjoys the best of these two opposing audio philosophies while reproducing music at the highest quality level.”

The all-analogue design features a vacuum tube preamplifier section (driven by a pair each of 12AX7A and 12AT7 tubes) and a direct-coupled solid-state amplifier that outputs 200 watts per channel into eight ohm (320W into half that load). This, adds the company, is “double the MA252’s power output and more than enough to properly drive virtually any set of loudspeakers.”

Dual-scale McIntosh blue watt meters give an accurate readout of power output for both speaker impedances.

On board are two balanced and three unbalanced inputs, plus a phono MM input. There’s also a stereo preamp for hook-up with an external power amp, if one requires more wattage, and two sub-woofer outputs for added low-frequency impact.

The stainless steel chassis is polished to a mirror finish, with vintage McIntosh-styled die cast aluminium name badges affixed to each side. Blue output meters, control knobs, an illuminated logo, and a black glass front panel with direct LED backlighting complete the unit.

Shipping for the US is expected to begin in September, and globally, shortly after that – the MA352 will retail at US$6,500.