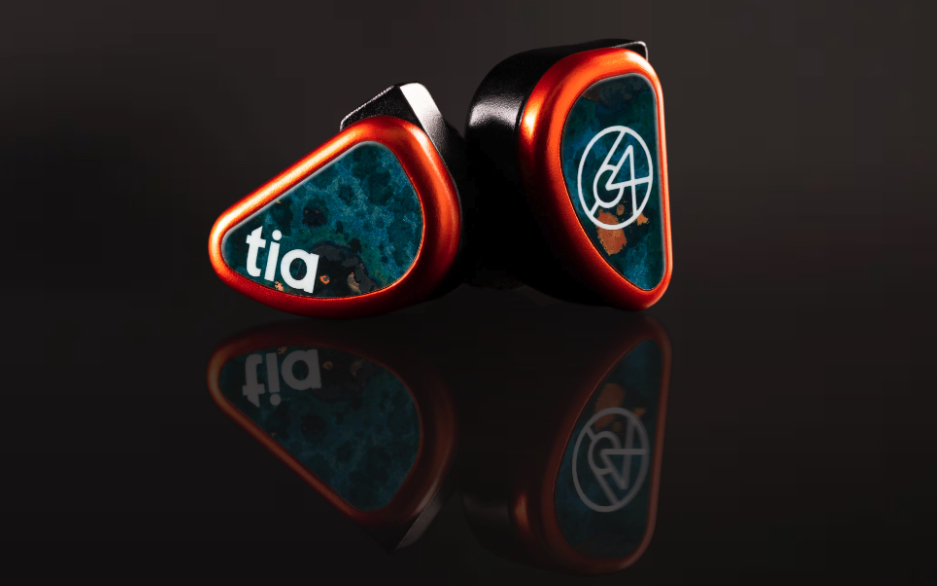 The tia Fourté is unhinged. There’s no proper way to illustrate this in the literary sense without diluting its essence. 64 Audio began when Vitaliy Belonozhko, founder and chief sound designer, discovered the advantages of in-ear monitors over traditional “wedge” speakers for monitoring during shows. Formerly known as 1964 Ears, the company has been in the business of universal and custom in-ear monitors (IEMs) for 10 years.

In the realm of universal form-factor IEMs, the tia Fourté is the crème de la crème. It was released in November 2016 at US$3,599 as the 64 Audio’s universal only flagship IEM aimed for the audiophile crowd. Why universal only you might ask? It’s in the name – specifically the all lowercase “tia”.

“The tia system is a new frontier in in-ear audio,” explains Belonozhko. “As a sound designer, I always look for ways to eliminate limitations of old technologies and the tia system allowed us to reach new heights in personal and professional audio.”

The tia Fourté is the only IEM on the market that utilises every feature of the new tia system. Offering them as customs risks sound aberrations as everyone’s ears are different. Since altering the bore and acoustic chambers is out of the question, they are only available as universals.

The earpieces are machined out of a solid piece of aluminum and house a single tia high-driver, a single high-mids BA driver, a single tia mids-driver, and a single 100 lows-dynamic driver. The housing is built around the Air-Pressure Exchange (apex) – a pneumatically interactive vent that alleviates air pressure in a sealed ear canal. The M20 apex module reduces listener fatigue and offers a -20dB of ambient sound isolation.

Like most high end IEMs, the Fourté is sensitive at 114db per miliwatt and requires a quiet source. It has a frequency response of 5Hz-22kHz and an impedance of 10 ohms at 1kHz. It doesn’t take much to make the Fourté go loud at all, but the challenge is to find a resolving source.

The tia Fourté comes with foam “TrueFidelity” and silicone ear-tips in small, medium, and large sizes. There’s also a shirt clip, a brush cleaning tool, and a protective case. The bundled cable, dubbed the Premium Cable, is four feet long and is very prone to tangling. It is, however, made with ultra-low resistance silver-plated copper and has been tested for maximum durability.

LISTENING
The tia Fourté is jarring to listen to. My impressions of it changed a lot throughout testing; not because it is a chameleon, on the contrary, because the Fourté is unapologetically itself. Looking back two years ago when I first heard the Fourté, I disliked it quite a lot. During Kuala Lumpur Audio Visual Show 2018 (remember when AV shows were a thing?) the Fourté sounded incredibly brittle, sharp, and bright compared to the other IEMs I tried – among them were the 64 Audio U12 and tia Trió, and Campfire Audio’s Andromeda.

Eagle-eyed readers among you would have noticed a pattern here. The aforementioned IEMs were very well tuned to be neutral and the U12 was even designed with the monitoring musician in mind. Upon rapid comparison, the tia Fourté was an obviously awful choice to make, especially at the price. I held onto that opinion for a long time until I got to know the tia Fourté better.

There isn’t much to say about the fit; even though the size is slightly large, the Fourté fits well with an angled bore and shallow insertion. Isolation and frequency response are best on the TrueFidelity foam tips compared to the silicone tips. I tried using my SpinFits but they couldn’t provide good seal and isolation.

The tia Fourté is not tuned to be neutral, not by a long shot. They are distinctly U-shaped with accentuated bass and exaggerated treble. I couldn’t count how many times I played Radiohead’s A Moon Shaped Pool album on the tia Fourté. There are just so many textures to be extracted from the synthesisers, violin, and Thom Yorke’s vocals. There’s no shortage of micro-details on the tia Fourté, its resolution is second to none.

The track Glass Eyes from the same album has amazing overlaps between synthesisers and stringed instruments. The sense of space between notes is airy, and with such a convincing image, it felt as if I could pluck the violin strings myself.

Soundstage is the largest I’ve experienced from an IEM, bar none. Layer upon layer of instruments unravels within this seemingly open space, neither mixing nor congealing. I could get lost in this make-believe space for hours, just spiralling deeper into the abyss track after track.

Storms Are On The Ocean by Amber Rubarth on Chesky’s Sensational, Fantastic, and Simply Amazing Binaural Sound Show album has an eerie presence previously only reserved for the best loudspeakers. The abrupt switch mid-track from Lady Gaga’s live stage performance to Bradley Cooper’s impromptu singing over piano in I’ll Never Love Again from A Star Is Born soundtrack was unsettling and so intimate, it felt as if I was eavesdropping on a tender moment between two lovers uninvited.

Much to my excitement, listening to Addis from Om’s Advaitic Songs was a very satisfying experience. There was no struggle in reproducing the textures in the cello notes, preserving the timbre in its purest form. The double bass had a realistic and natural decay, such performance is unparalleled; the bass is fast yet tight and controlled with amazing detail.

What struck a chord with me about the tia Fourté was its treble energy. It’s ever aggressive and extends to what seems to be bat territory. Modern pop or hot recordings like 30 Seconds To Mars – A Beautiful Lie are prone to sibilance and excessive brightness. With these tracks, the accentuated highs will inspire you to book an appointment with your audiologist. Put on a well-mastered album and the treble becomes one of its greatest strengths.

The tia high-driver projects an airy sound with crisp and precise treble. Although it is bright, I suffered no fatigue during extended listening sessions. What I did notice, though, is I always start listening at a low level for a few minutes before raising the volume, after my ears adjust to the treble.

THE LAST WORD
The tia Fourté is truly the Bugatti Chiron of IEMs – like a thoroughly engineered hypercar, every part and all the tuning on the tia Fourté were meticulously chosen to extract the best possible performance. Unhinged and jarring are typically bad descriptors to use, but for the tia Fourté, I can’t see anything else more befitting.

It is unequivocal; the tia Fourté is an amazing member of the summit-fi club, if you can afford the price of admission.