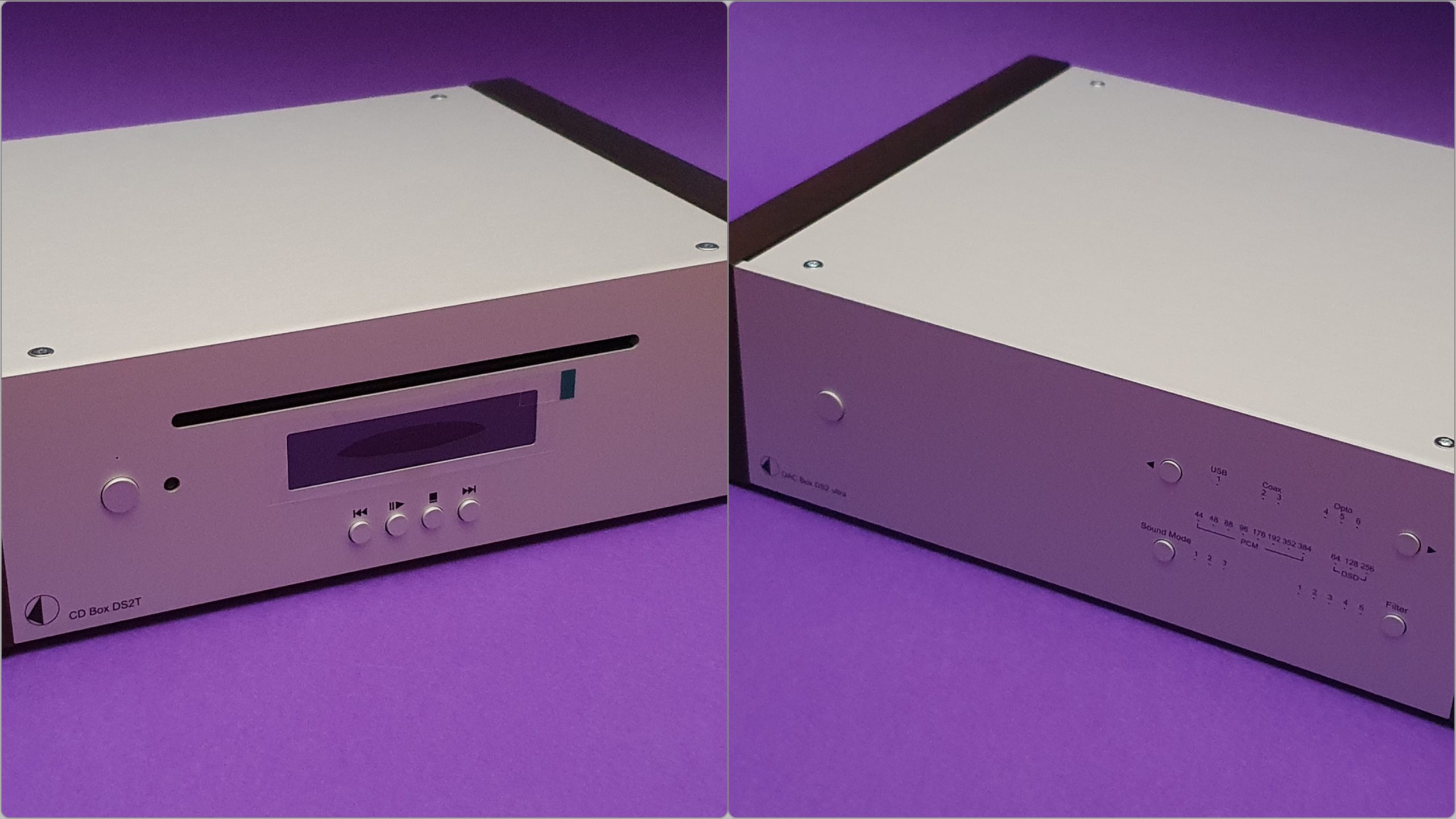 WITHOUT wading into the whole Red Book/high-resolution audio-analogue debate, the answer to whether Compact Discs are still relevant in the age of Internet streaming is a very subjective one.

What will not be disputed is that for over a 30-year period, CDs dominated the hi-fi scene, and the bulk of audiophiles out there today would have cut their teeth on these shiny little silver discs. While some have moved on to non-physical digital sources – or regressed (ahem) to vinyl – many are still holding on to their physical digital media.

There is still a market for CD player/transport systems, albeit much paler in comparison to its heyday, which is why the Pro-Ject Audio System’s CD Box DST2 and DAC Box DS2 Ultra will still find a place in some willing audiophile’s rack.

Function-wise, the DST2 CD transport doesn’t have any bells and whistles – and some may even say that’s a good thing. All it does is play your discs and send the digital signal to a corresponding DAC. Pro-Ject, going by its product literature, says the DST2 does this by employing a “four-layer suspended CD transport” on a “Blue Tiger servo board”. Otherwise, it features a CD slot and a neat dot-matrix display on the front plate and three digital output options (Optical, coaxial and AES/EBU) on the rear. Power (similar to the DAC Box DS2 Ultra), is supplied via a wall-wart unit.

The styling on both these aluminium-clad units (in this case, with optional wood side panels) is pleasing to the eye, a modernist-classic touch of sorts. The unit itself is excellent and does what it is supposed to, but I take great issue with the remote control, which is nothing more than a credit-card sized, thin piece of plastic with blister-style buttons. Granted, Pro-Ject is not charging high-end prices for the DS2T, it could have done far, far better than the one supplied.

If the DS2T is unassuming, that’s not the case with the DAC Box DS2 Ultra – this is still an excellent performer, even considering the fact it has been in production since the late 2010s. It has all the high-resolution format compatibility you want from a modern-day DAC – PCM up to 32-bit/768kHz and DSD256 utilising an AK4490 chip as well as an AK4137EQ chip for upsampling purposes. The latter is called into action for its three “sound modes”, which – without getting into too much detail – enables, disables or limits upsampling of digital signals. This goes hand-in-hand with its five “digital filters”, which specify the FIR (finite impulse response) filter roll-off. This cannot be engaged via remote control though, and requires you to use the physical buttons on the unit itself.

The best part about the DS2 Ultra is the wealth of six (one USB, three optical and two coaxial) digital inputs on offer.

Oddly enough, it does not feature an AES/EBU option to match the one found on the DS2T. But then again, this may not be an issue if the cable used is terminated with different digital connectors to match on each end.

JUST PRESS ‘PLAY’
With the DS2T transport hooked up to the DS2 Ultra DAC (via both optical and coaxial methods), it was just a matter of digging up the discs to spin. As mentioned, there’s no flash and bang with DS2T, merely insert disc and press play. With just a little pressure, the disc slides in gracefully and the transport mechanism spins up. The dot-matrix display is clear and legible but unfortunately does not feature CD-Text capability.

Now, here’s where things get a little rocky. Note that this is not a criticism of the DS2T as a transport, but a question of playing CDs compared to non-physical sources like computers or other HDD-based players.

Playing back the physical CDs first, everything sounded fine – not outstanding, but good enough. If the DS2T was the only source I had on hand, it would have fulfilled its purpose. Unfortunately, there was the perception that something was holding my system back, which I have heard perform at much higher levels before.

Switching to disc-less playback was in short, revelatory. There was simply no contest. In every aspect, the non-physical playback was miles ahead and the difference was not subtle! Detail, separation, soundstaging, dynamics and what not, everything – and I mean everything – was simply better. I experimented further, playing back the original CD and switching the digital cables – still no dice. Needless to say, the original high-resolution versions of the albums took it up another notch.

Which brings us directly to the DS2 Ultra DAC. All the above made me appreciate what a great DAC it is at its asking price. Its ability to resolve differences between sources and file formats so discernibly is testament to the levels it can reach.

CONCLUSION
For full disclosure, I have long abandoned physical CD playback in my hi-fi system. It’s been more than a decade since my last CD player gave up its ghost and I have never found the need to get another one. I continue to hold on to my CD collection, though, as I still treasure it and am loath to discard the physical form of what I spent much time and money to build up.

However, for those, who still desire a disc spinner, I see nothing wrong with plunging for the DS2T – just be aware of the possibility that there could be better ways to play back digital formats.

The real star here is the DS2 Ultra. Bearing in mind that it is a relatively affordable DAC, there is a ceiling to its performance in absolute terms. If you’re willing to splash more coin, you can get more detail resolution, a silkier treble and midrange as well as deeper, more dynamic bass. But if this falls within your budget ceiling, it’s more than worth your time checking it out.