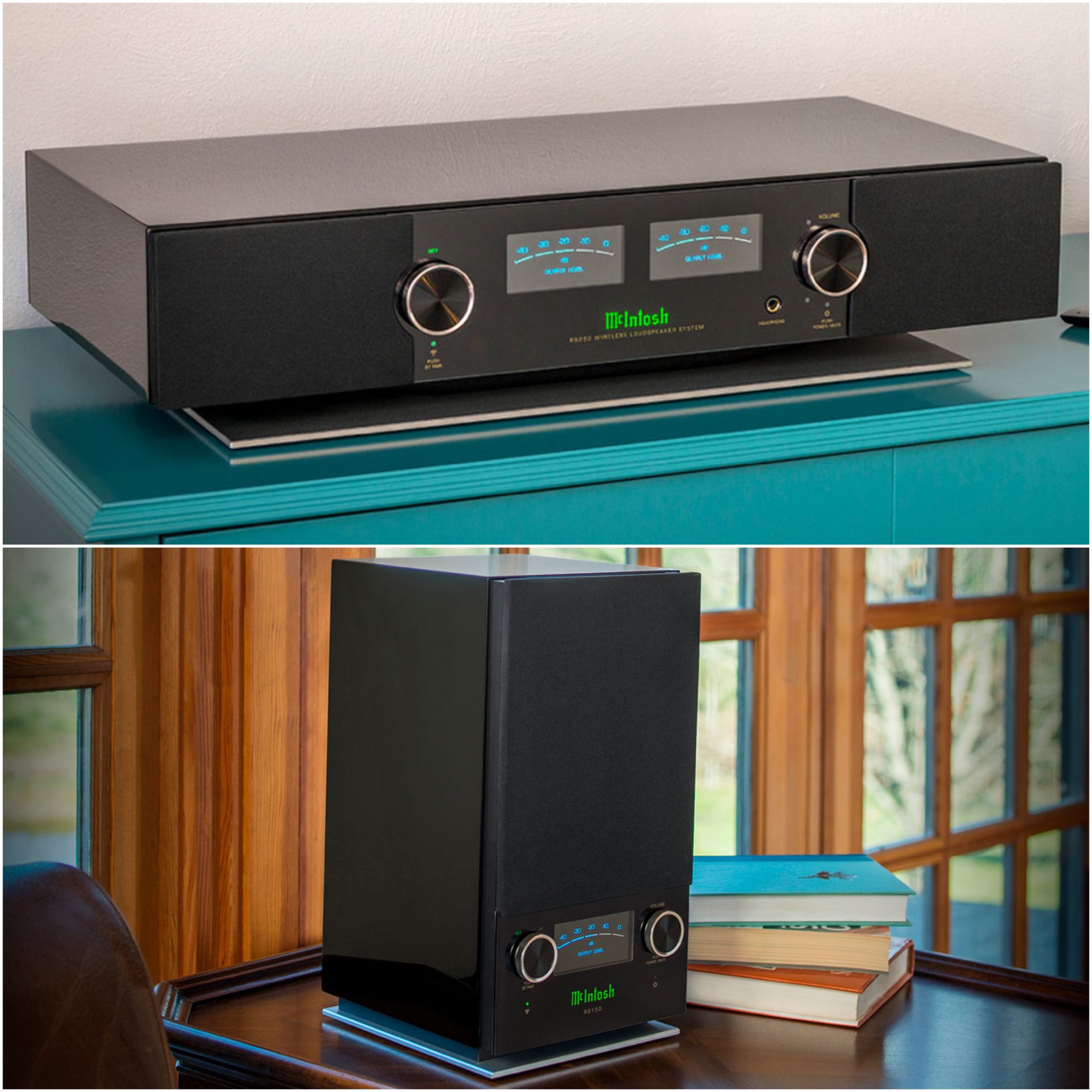 RIGHT in step with trends, the new RS150 and RS250 from McIntosh Labs allow easy streaming via Spotify Connect, Tidal Connect, Apple AirPlay, Bluetooth and Chromecast… and they’re also Roon Ready. These wireless lifestyle speakers don’t need a dedicated remote either, just use the streaming apps’ controls on your smartphone. So, nothing to make them stand out in a crowd, really… oh, wait… are those blue LED meters?

“The RS150 replaces the RS100 and has received various upgrades. The power output of the RS150 has been doubled, with the woofer receiving 90 watts and the tweeter getting 30 watts. The woofer has also been upgraded from a 4-inch to a 5-1/4-inch driver, This along with a larger and reengineered woofer enclosure produces higher output with lower distortion and deeper bass extension.

“Bass control has also been added; this can be used to help fine tune the low-end performance based on your unique room characteristics and listening preferences. Combined, all these improvements help deliver the legendary McIntosh sound performance,” the press release says.

“The RS250 replaces the RS200 and has also received thoughtful changes. Its woofer enclosure has been reengineered to reduce distortion, and a more user-friendly bass control has been added that can be used to fine tune the low-end performance.

“To enhance low frequencies even more, the wired subwoofer output (also included on the previous RS200) can be used to connect an external powered subwoofer. And in a case of old meets new, a turntable can be easily connected via the dedicated phono input for listening to your vinyl collection.”

While both models look pretty cool, for McIntosh fan-people, those blue meters will surely be one reason to opt for either of these products over the plethora of wireless smart speakers in the market (some of which you can even talk to).

Shipping to the US and Canada markets begins this month for the RS150, and in January for the RS250; for the rest of the world, shortly thereafter for each product.