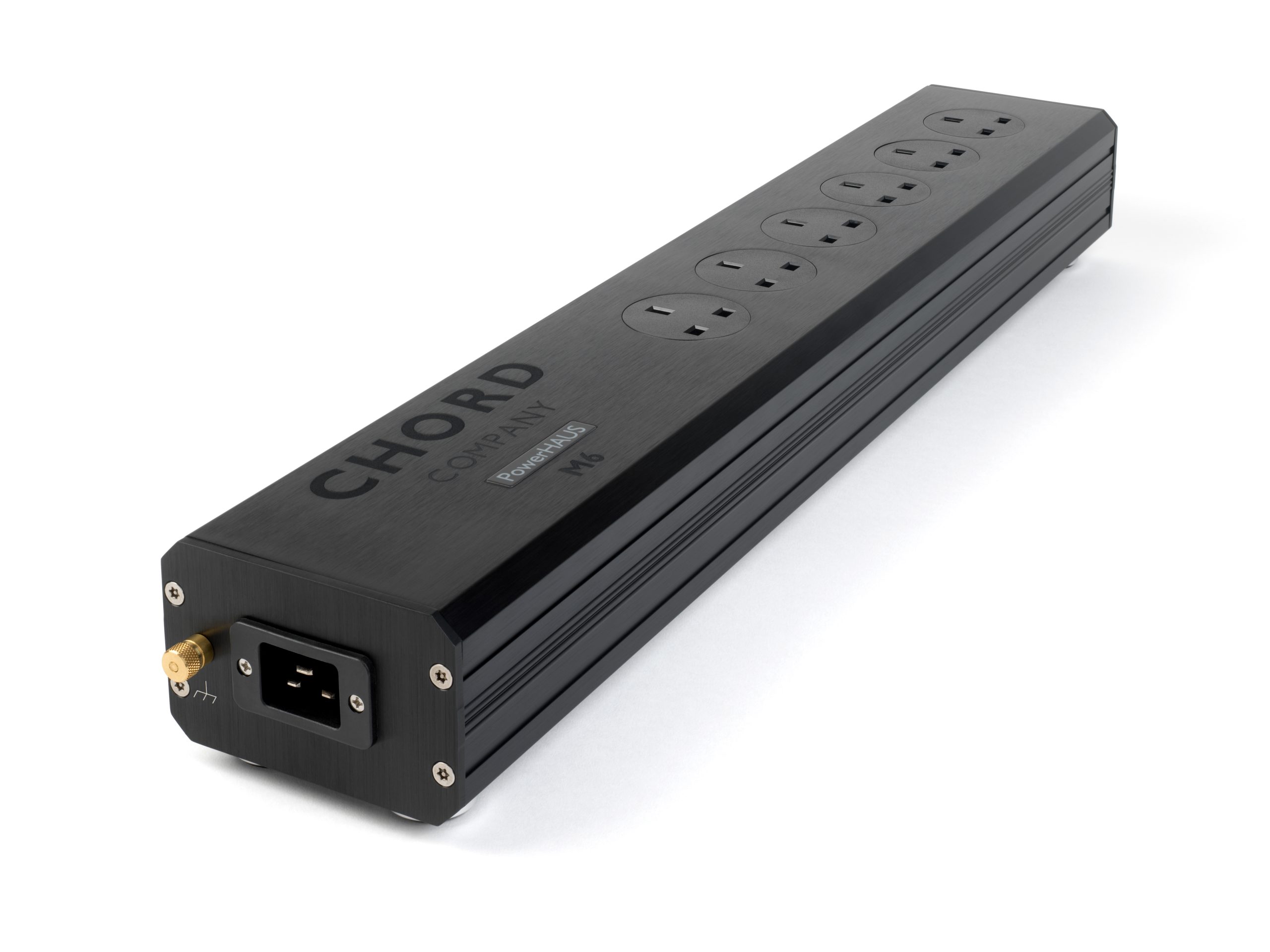 POWER distribution devices are an obsession with many audiophiles, and adding to the list are two new options from the Chord Company, the first every such offering from the UK outfit better known for its extensive range of cables. You have the choice of the flagship PowerHAUS M6 (£2,000) and more entry-level S6 (£1,000), both six-way distributor devices with no filters.

“The UK-designed and assembled devices, which are available in both UK and Euro specifications, distill Chord Company’s decades-long understanding of signal and power transfer, and benefit from a unique version of the company’s time-proven proprietary ARAY technology, MainsARAY, which has been specially advanced for power distribution,” the press release reveals.

“Virtually every component utilised inside the PowerHAUS is uncompromising and has been manufactured specifically for its intended purpose. Accordingly, both the M6 and S6 avoid the use of noisy filters, neon power indicators and switches, all of which reduce sound quality. Their solid aluminium construction also minimises the effects of microphony.”

The M6 utilises three hybrid MainsARAYs fitted in parallel (rather than in series), while the S6 retains many of the M6’s core features, at a lower price point, with a significant improvement over standard mains distribution blocks, the company claims.

The PowerHAUS blocks use specially selected, high-quality, heavy-gauge cables throughout, with sockets chosen not just for their reliability, but also their sound performance. A high-performance 16-amp IEC allows the PowerHAUS blocks to cope with even the most demanding home audio systems.

Available now, the PowerHAUS is supplied with a standard black power cable.