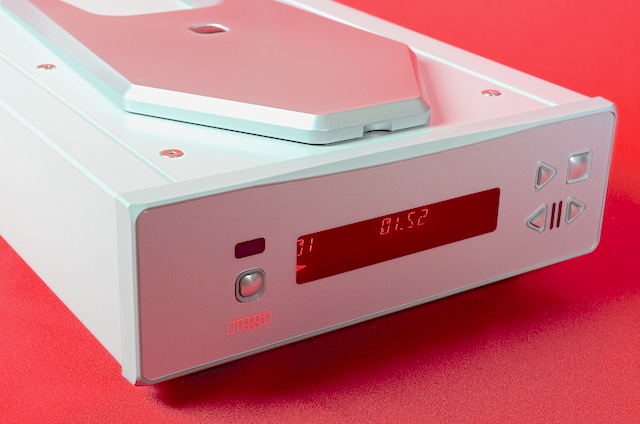 First impressions: There’s no shame in downsizing, and certainly, no excuses needed. You go with your instincts, and Rega Research has often backed itself over the decades. If this venerable British hi-fi manufacturer has seen fit to shrink the dimensions of its products in recent years, then you can bet your stash there’s a good reason. The latest in Rega’s line of “shoebox-size” products is the Apollo-R CD player.

The Apollo-R has a much live up to, given that its full-size predecessor, launched in 2005, was a major success for Rega (20,000 units sold worldwide). Continuing development and the launch of two more notable products along the way – the flagship Isis CD player and DAC – were key in the design of this new CD player. It is part of a trio of this range, which also includes the Brio-R amp and DAC.

Right out of the box, the Apollo-R exudes class. The top-loading mechanism seems a better cosmetic fit here than on the full-size Apollo – the smaller case and straight lines of the faceplate help no end. Right out of the box, I was impressed with its confident and sure-footed delivery. There’s nothing overdone about the fascia, although some may feel it is a little understated. Then again, simplicity in design has traditionally been Rega’s strengths, the money going where it matters – into the engineering aspects. More than three decades of success can’t be argued with, right? 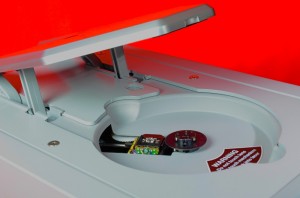 The top-loading drawer is pretty cool, and when you place a disc in the compartment and lower the lid, the player takes a few seconds to “initialise”, although it is a faster process than the older unit.

Specs: Some elements have been carried over from the Apollo, which featured Rega’s proprietary software and control system, but improved here. The PCB layout has been tightened, while the onboard DAC and output amp have been enhanced via the Wolfson WM8742 chip, the same one to be found on the Rega DAC. Other area improved upon are the digital power supplies feeding the CD processor, optical block, laser diode amp and slicer (similar to the Isis). The discrete output amp has been tweaked to reduce overall THD for better sonic quality. Around the back, there is a set of analogue outputs and two digital ones (coaxial and optical). 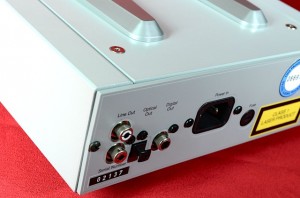 Performance: Given Rega’s reputation, I wasn’t expecting anything here to be boring and I wasn’t wrong. The Apollo-R is a reflection of just how much can be achieve in sonic engineering at this end of the pool. As the weeks went by, I was more impressed by the manner in which this little box held things together, no matter what I threw at it. A smooth tonal balance, great bass and an expansively spread stage pleased the senses. Dynamics and transients were handled with finesse, the overall impression being one of tightness, fluidity and clarity, without ever giving the impression of being detached from the proceedings.

Yes, this one is both musical and rhythmic, allowing tantalising glimpses into the recordings you never dreamed you’d get at the price five years ago. I was impressed by the Apollo-R’s control over dynamics, and the fact that it could sound intimate and buoyant at different times, depending on the music. Higher in the frequency range, details were well-fleshed out and presented sans fuss – some CD players at the price can sounded lean and thin, others can take the plusher route, but the Apollo-R was content not to add any attributes to the signal.

More than anything, the Apollo-R’s grip and poise impressed … whether the music played was simple acoustic jazz recording or heavy rock or even electronics, this one has an impeccable sense of time and depth of detail. My own player, an Ayon  CD-1s, has got the measure of the Apollo-R when it comes to resolution and attack, but it is also four times the price. Uncomfortably, there were areas that the Apollo-R stayed almost abreast, especially in staging and overall cohesion.

So how does it compare with its predecessor, the Apollo, which was never a shirker to start with? Well, there are significant differences – I felt the “R” had an airier and more holographic presentation, along with a better definition of the finer nuances. It has a deeper stage, and in comparison, the older unit (which was also provided for this review) seemed almost two-dimensional in this aspect. The bass on the “R” had more weight and definition, and its overall musical projection seemed more cohesive and better tuned. 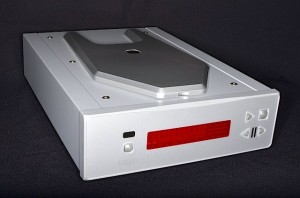 The good: The small footprint and competitive price make for a great start – add to this the tactile delivery, and lack of listening fatigue over long sessions, and Rega has another digital winner. The Apollo-R is an all-rounder, with its even tonal balance and ability to tackle a variety of music without tripping over … sometimes, this quality indicates a compromise, but there no suggestion of that here. Clearly, Rega identified its predecessor’s weak links and strengthened them, without losing that essence of the house sound, which has always been a hugely enjoyable one to me. You have to spend lots more to get better.

The ungood: The top-loading system may be able to absorb more rigorous handling, but the fact that nothing can be stacked on the Apollo-R seems a shame, given its obvious “desktop” abilities. Also, it’s about time manufacturers thought about a USB input even on CD players. Sonically, however, you need to have a grudge against the company to want to complain.

Final verdict: Another great CD player from Rega – it could have been just the same old wine in a new bottle, but the sonic achievements of the Apollo-R clearly place it a class above its recent ancestor. The price is drool-inducing and whether you’re building a system or merely looking for an affordable back-up for your costlier spinner, the Rega Apollo-R has much to offer and makes few compromises. I can tell you there is a Saturn-R in the not-too-distant future, and given the Apollo-R’s performance, that prospect sounds delightful.