‘TIS a fairly simple challenge to make a small AV speaker that looks cute and sounds decent. The trick is to make it sound like it has big balls, and Monitor Audio believes it has nailed this aspect with the MASS home cinema system.

It has been designed ground up, the Brit speaker specialist says, for cinema-scale dynamics and space efficiency. The system doesn’t look half bad either.

The satellite and centre units are constructed of rigid polymer, covered in a black cloth finish and crowned at either end with aluminium caps. The curved cabinet is ribbed on the inner surface, with variable wall thickness to ensure the enclosure is inert. 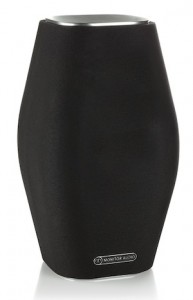 Voicing is provided by twin C-CAM drivers, which include a newly developed one-inch tweeter and four-inch mid/bass unit.

C-CAM – Ceramic-Coated Aluminium/Magnesium – is a material developed by the aerospace industry to be used as blades in jet engines. Monitor Audio says it has the ideal qualities for employment as a driver dome because it doesn’t break up the way traditional materials do, thus resulting in better efficiency/clarity and less distortion.

The WS200 pumps out the lows via twin 10-inch bass drivers and a beefy 220W Class D amplifier, which has an advanced built-in DSP system. The side-firing, long-throw woofer has a large, dual-stack magnet system for high electro-mechanical damping to ensure no overhang. It is complemented by a 10-inch radiator, and both work in tandem to generate fast and accurate transients and scale.

The WS200’s DSP allows fine-tuning of the lows via a number of bass curves – Music, Movie or Impact presets are selected via a switch at the back of the box, which is a heavy-duty MDF cabinet, and finished to aesthetically match the MASS 10 satellites. 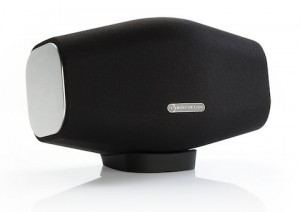 The satellite speakers are designed to stay out of the way, so apart from a dedicated prewired floor-stand (with integrated terminals), they can also be wall-mounted. As for the sub, well, you wouldn’t want to site it anywhere else except on the floor, right?

The MASS system will retail in the UK for £800, with the floor stand costing an extra £125 a pair, and wall bracket, £25 a pair. It starts shipping in November, so call your distributor/dealer for arrival updates. 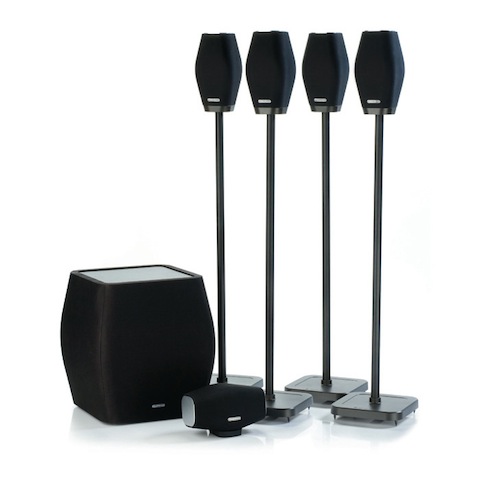