First impressions: I had almost convinced myself that physical digital media were in the wane, but the Primare CD22 has reminded me that the CD format is still very much alive and kicking. While I do believe that a computer-based source offers great convenience and flexibility, it comes with its own set of problems (which we won’t go into here).

The point is, making it sound good requires considerable effort – and when a one-box solution can produce such quality sound, one starts to question the wisdom of diverging from the tried-and-tested path of the dedicated CD player in the first place.

The brand Primare brings to mind the image of simple elegance, and the CD22 doesn’t buck the trend. At 10.5kg, it is quite a hefty piece of machinery, and built like a tank. Its very sturdy chassis is lifted off the shelf by a trio of feet, with a minimalistic front panel that has a flush-mounted CD drawer and a mere three control buttons. The CD22 is visually stunning, but more importantly, has a high level of performance. 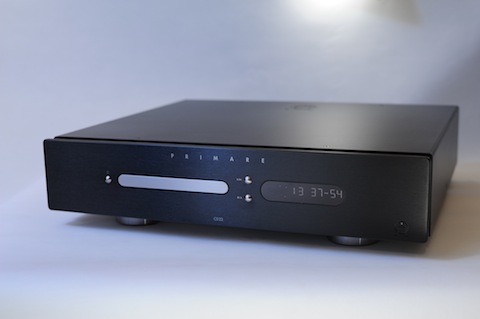 Specs: The CD22 is a vastly different animal from the traditional models of old. It incorporates the latest developments in digital playback, making it a truly modern-day player. Its digital engine is a Burr-Brown PCM1792 DAC chip, which is 24-bit/192kHz capable. Users can choose to play their CDs at stock 44.1kHz resolution or upsample to 48, 96 or 192kHz resolutions.

For further refinement, the CD22 incorporates a five-second memory buffer, which they say provides jitter suppression and protection from mechanical shock.

The CD22 also has a USB port at the back, which enables playback of lossy MP3 or WMA files but not lossless WAV or FLAC formats. Other features are de rigueur – a pair of stereo RCA outputs, digital coaxial and optical outputs, but no balanced connectors.

Care has been taken to keep the signal paths short, by way of surface-mounted devices and separate PCB modules. All audio circuits are also powered by separate transformer windings, apparently. Furthermore, the transport is a Sanyo unit made specifically for audio purposes, not just a mere CD-ROM unit. 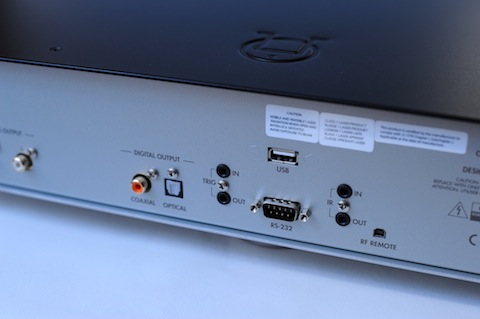 Performance: I’ve had brief experiences with Primare gear before, but never one at length. Those fleeting impressions had always been good, but living with the CD22 for more than a month has only raised its standing higher in my book.

The review unit was new out of the box, and even without any run-in, it was obvious that it had excellent drive and timing. There was some initial stridency in the highs, yet the music drove along with amazing agility. It smoothed out after about a day of continuous play, and I seemed to enjoy it more with each listening session.

The CD22 shone in almost all areas of performance – it eked out loads of detail from recordings and threw a wide, deep soundstage with rock-solid imaging. 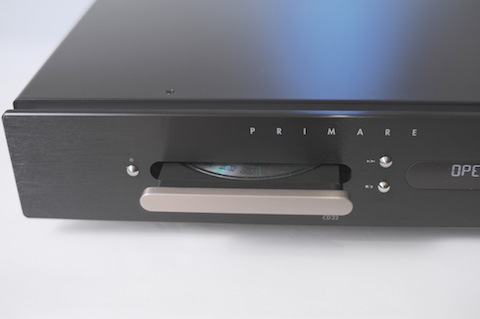 Perhaps the CD22’s biggest achievement is what it does not do – it doesn’t add or subtract anything from the recording and simply allows the music to flow. From the hardest-hitting rock to the most intimate of recordings, it draws the listener in and makes him sit up and listen. The CD22 may be neutral-sounding but it is far from sterile. The sonics are clean, yet display a harmonic richness that conveys a high degree of musicality.

A word about its upsampling capabilities here. In my opinion, the selected upsampling rate depends on the type of music on the disc. Native 44.1kHz, I felt, gave the best presence and impact in bass – hence, I tended to favour it more for rock or music with more dynamic material.

Going up the upsampling scale tended to add more air to the recording – which suited music with simple arrangements better. So I would definitely choose 44.1 for my Black Sabbath and Led Zeppelin, but would use higher rates with say, Peter, Paul and Mary.

Most of the time, however, I felt the sweet spot was the 96kHz mode – a little spatial enhancement without sacrificing too much bass impact. Oh, and the selected upsampling frequency applies to the digital output too! 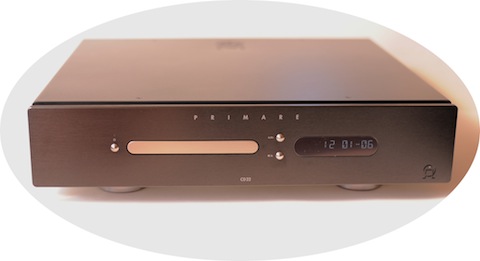 The good: The CD22 has an inherent neutrality, but is always an engaging listen. It may not be packed with bells and whistles, but the enhancements have a single purpose in mind – and that is to make music as involving as possible for the listener.

What’s more, it functions extremely well as a transport, so even if you go the computer audio route one day, this can be an excellent companion to any DAC upgrade.

The ungood: The front panel is spartan – which is fine by me – but if you are going to remove the standard control functions, then the remote control unit should make up for it. Unfortunately, the supplied unit does not. The unit is made from sturdy plastic, but feels cheap when compared to the steel-clad CD player itself. It is obviously made to control other devices, and as such there are too many non-functioning buttons on it (as far as the CD player is concerned, anyway). This is one remote that is very difficult to use in the dark!

Final verdict: This is a highly-competent player and one that is not exorbitantly priced. I heard a level of detail and resolution that was very appealing, and I would have been sorely tempted to put my money down for it had I not recently made a digital product purchase. Recommended.