First impressions: “You only get to make a first impression once”, goes the saying. However, in the case of the little lady being reviewed here, she went for a round of cosmetic (as well as internal) surgery after previewing the initial face she had (then) wanted to show off to this reviewer.

She’s the latest in the series of celebrated DACs from Malaysia’s own diyparadise to wear the “Monica” moniker, called somewhat, uh, unglamorously, “Discreet Monica”, suggesting she’s in the kind of escort-service provider business where confidentiality comes assured. At any rate, this one is by far the most ambitious, and expensive, of the series so far.

Unlike the funky, wooden miniature-coffin enclosures the earlier Monicas came in (if ordered assembled), with separate wall-wart power supplies, Discreet Monica hits the catwalk well-assembled and clad in a reassuringly solid metal chassis brought in from an outside vendor, with a substantial power supply built into the casing. diyparadise’s proprietor, the ever affable CW Yeo, clearly knows that he is stepping, price-wise, into territory where his initial low-priced, self-assembled DIY-oriented approach, which brought his brand worldwide success, needs an overhaul.

The likely customer here has a deeper pocket, thus is less constrained in choices and less tolerant of compromises. Further, the market has changed drastically since the older Monicas first started looking for suitors worldwide all those years ago; it is now so crowded that DACs even come packaged in integrated amps — take a look at the new 2012 Sansui “comeback” budget amp offering as an example, or something like the NAD 356BEE.

Given their proliferation in all shapes and forms, you’re probably wondering whether you, or the rest of humanity, really need to read a review of yet another DAC. I hope you stick to reading through to the end, though, as Discreet Monica seeks to bang on her own, different, drum. 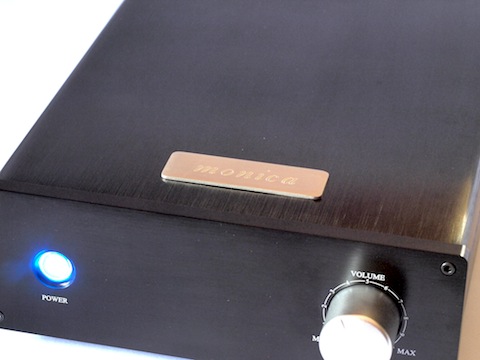 Specs: For the simpletons among us, Discreet Monica may be described as a non-oversampling/upsampling DAC unit that will play material native sampled at up to 96kHz. As she’s virtually made to order, several options are available and it is best one speaks with diyparadise on one’s preferences.

But firstly, one has to note that there is no USB input!

No, diyparadise is not seeking to commit commercial suicide, given today’s market demands, instead staying true to the approach of offering fine value-for-money design work; and if Yeo can’t do it better at a price point, he’ll recommend or package someone else’s technology in getting the job done.

The “someone” who he thinks does a great job for the money here is Italy’s M2Tech; the review sample was supplied with a M2Tech HiFace Evo interface to get the bits off my computer. This is not a forced tied-and-bundled tandem unit though, as diyparadise believes in giving users the freedom to choose their USB-SPDIF convertor.

Discreet Monica is able to benefit from the HiFace Evo’s ability to output data in the IIS/I2S (“eye-squared-ess”) format, which was the only input format the revised review unit accepted (via an RJ-45 network cable socket, given there is no industry standard connector type for external I2S interfaces). Potential customers can specify which input type they prefer (the initial unit I received had a BNC-jacked SPDIF coaxial input) – feel free to speak with diyparadise on whether they can offer AES-balanced, optical or whatever else you have in mind (I don’t think wireless options are available, though).

We come now to where Discreet Monica differs from most other DACs in the market, ie the choice of chipset, or lack of it. diyparadise chooses not to use any industry-available chipsets this time round, but to implement the conversion using discrete resistors. The photograph below is worth a thousand words.

See our Q&A section for CW Yeo’s explanation on why he took the path, uh, opposite to that of least resistance, in producing this latest Monica. 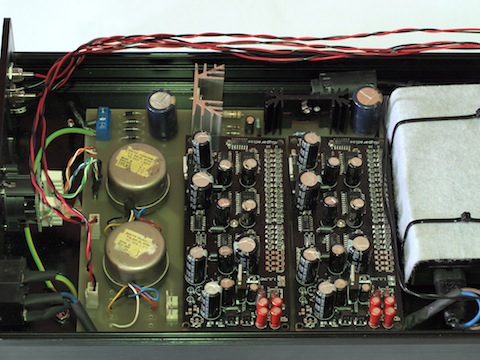 Performance: Even at the point of running in the second sample of Discreet Monica I had received, I felt I was going to be in for something special. Yeo suggested I return the first unit because I had asked to use the I2S interface (having heard the positive results when such output was used with a QLS550 WAV file reader) and because of the location of my computer set-up from the main system, which necessitated the use of a 12-foot interconnect between Discrete Monica and the power amp.

Using an old HP Compaq desktop PC running Windows XP, with Foobar 2000 as the player (set to Kernel streaming mode), with the HiFace Evo converting the USB signal to I2S to feed Discreet Monica, I played a wide range of music, sourced from files ripped from CDs running at native 16-bit/44.1kHz, and some downloaded hi-res files including FLAC vinyl rips (which had been done via a Furutech ADL GT40 as A-D converter using Audacity freeware at 96kHz sampling rate).

What I heard for the most part was some of the best music from a digital source I had experienced, especially when higher resolution 24-bit/96kHz files were called into play.  Of all the Monica sisters, this one was easily the most vivacious, a natural charmer that draws and holds one’s attention.

I got a well-resolved facsimile of the proceedings, with fine micro and macro dynamics heard. There was no hint of coarseness at any time, except where the recording itself was being shown up for it. While perhaps balanced slightly richly, the midrange was quite excellent, choral vocals and non-amplified acoustic instruments sounding realistic with good tonal delicacy.

The soundstage created was of realistic proportion, but what was more interesting here was the subtle differences in which instruments and voices which populated it were presented. There was a better sense of holographic shape to the instruments and better contrast in tonal colours of similar instruments – say a viola and violin, which lesser set-ups can homogenise, and this carried on all the way to the high treble where fast-struck cymbals and driving tambourines could be heard to better retain their distinctiveness. No, much as I would wish it, it did not match that of high-end analogue replay, but it certainly was most gratifying to be able to hear more of it from my growing collection of music files. 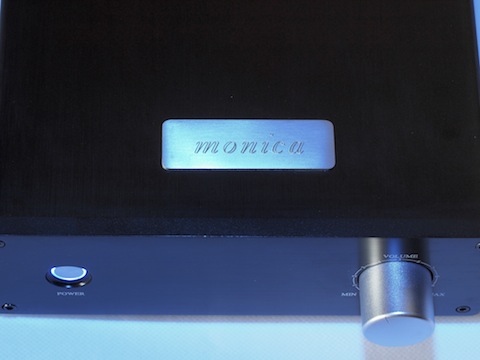 In the upper mids and highs, there was a sense of fine detail and air and space which surprised me, as this was much better than what I usually get when a computer source is involved. The gap between this combination and say, a Furutech ADL GT40 connected directly via USB was significant, and the GT40 is no slouch in the performance stakes in its (cheaper) price range. How much credit for this goes to the conversion and isolation antics of the HiFace Evo, and of the reputedly superior I2S connection, I leave to the techies to argue over.

Bass was of good proportion and went deep, while retaining a good sense of ability to convey the rhythmic cues which is the foundation of musical pieces played – be it mass bowed cellos and double basses in orchestral pieces, or the driving rhythm of electric bass guitar and drums in modern rock recordings.

Just put her in a commensurate system and let your incorrigible instinctive reaction to the music-making get to you!

The good: You get a well-built DAC with a level of sound quality that is impressive at any price. Certainly, I feel I’d have to spend quite a bit more to get something significantly better.

The built-in volume control in the review unit was just excellent and transparent sounding, the unit being able to drive the resident power amps directly with no problems, a credit to the fine transformers in the output section – no skimping here as Yeo says he used Sowter pro audio units.

I don’t know if this is a “good” or “ungood”, but given the price (which starts at RM5,000 thereabouts, depending on the overall spec of the unit), it is fair to say it’s not the same affordable Monica we’ve come to know from diyparadise. But ask yourself: can you get a cheaper discrete DAC anywhere else? 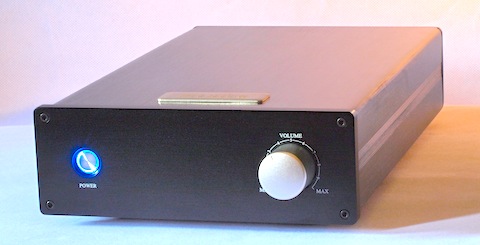 The ungood: For starters, the whole package is, in my view, just too complicated for the average punter. Downloading and installing drivers, struggling with the different connectors over the number of boxes, different software players to choose from – come back all ye CD players, all is forgiven! When you can somewhat plug and play with an AudioQuest Dragonfly or an ADL GT40 to simplify some of the complication, this just seems a bit too much like hard work.

If, like me, you won’t part with cash unless you get to audition a product first, options like these are not appealing, no matter how enthusiastic a review a product you may be interested in receives. One can always speak with, or email, diyparadise to see what can be worked out, though they do not have an official sale-or-return policy, or at least none that I could see on their website.

Final verdict: This is a product that will give you fine sound, is solidly built, and if it matters in itself from a technical perspective, is one of the most affordable discrete ladder DAC units available in this part of the solar system.

I’m sorely tempted to purchase the review unit, but for the beckoning of the snowy slopes of Niseko calling out to me and draining my immediate disposable funds!

Price: From RM4,500 (US$1,500) depending on configuration (M2Tech Hiface Evo not included in the price)
Manufacturer: diyparadise