First impressions: Good things sometimes do come in small packages, like the KingRex UD384. However, this tiny USB DAC-cum-S/PDIF converter from the Taiwanese company, along with its outboard U Power PSU (running off a lithium ion battery), was not something that made me jump with joy when I received it.

I didn’t have much expectations that the KingRex would deliver high-quality sound, even with very good high-resolution music files. Nevertheless, based on reviews I’ve read, there was some hope. Do note that this review was done with the U Power in tow at all times.

What made me smile initially was the sound, which was significantly different in staging compared with my resident USB DAC. The music delivered through the UD384 was also simply more luscious, although a little harsh in the highs.

Connecting to my MacBook Pro was easy enough – basically just plug and play, no driver installation required. Hook up the UD384 via the supplied A-B USB cable, and the Mac recognises it and chooses this output automatically. I encountered no issues with either iTunes/Bitperfect or MPlayerX (for FLAC).

Connecting to my Windows Vista-based Dell laptop was not so straightforward. One must first install the required driver for a Windows-based laptop to recognise the UD 384. There are also some settings that need to be changed on the laptop sound output – this is clearly explained in the UD384 manual, with a snapshot of instructions, step by step. 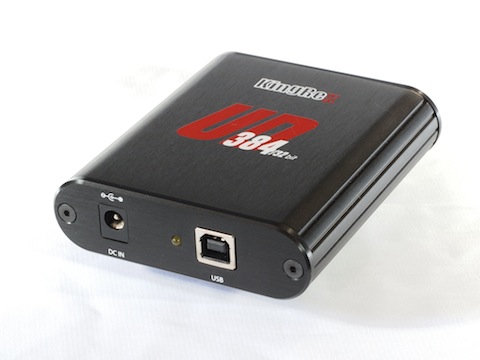 However, if you’re streaming raw digital signals through the S/PDIF output, this will handle only up 24/192. Which is a shame if you want to plug into a DAC capable of higher resolution.

The master clock generator is a classy 1ppm TXCO unit with proprietary low-jitter drivers for Windows and Mac. Direct Sound, ASIO4ALL and WASAPI are all supported and run smoothly.

The outputs can be used simultaneously,  so you can connect to a headphone amp and a DAC together, for example. 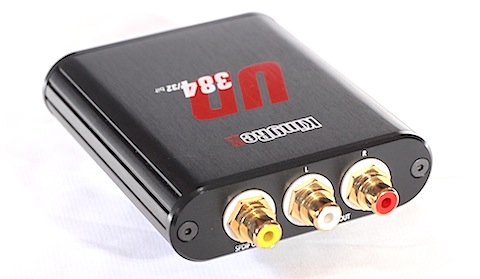 Performance: This unit went through different genres of music during the review, via two systems – one in my office and the other, my main system at home. The test tracks were Siboh Kitak Nangis (Zee Avi, mp3 320kbps/48kHz), My Hero (Foo Fighters, mp3 320kbps/48kHz), Hotel California (The Eagles, 24-bit/192kHz FLAC), Enter Sandman (Metallica, 24-bit/96kHz FLAC), Time To Say Goodbye – Live in NY (Andrea Bocelli, 24-bit/48kHz FLAC) and KingRex-supplied tracks with various bits and sampling rates up to 384kHz.

First, the office sessions. The first track I played was Siboh Kitak Nangis. Straight out of the box, the UD384 sounded a bit harsh but the sound staging was evident. I experienced an emotional session with liveliness and involvement to the music. The vocals were well up front and the music created a backdrop that enabled me to visualise how the song was recorded in the studio.

Playing My Hero also gave me a similar experience in the sound staging. It almost made me feel that I was listening to a live recording rather than a studio track. The sound was uplifting, with an airy atmosphere. Yet, Taylor Hawkins’ drumming was still heart-pounding and Dave Grohl’s guitar riffs as rocking as ever.

With the FLAC files, especially Hotel California and Time to Say Goodbye, the UD384 provided accuracy, boldness and an almost balanced presentation between the highs and the lows. The vocals from Bocelli were emotive and could be described as truly satisfying and uplifting.

However, there was still some harshness in the highs. Hence, there was still something missing in the overall presentation. I decided to take the suggestion in the manual that the UD384 needed 200 hours of running in. So before I moved it to my home set-up, I let it run in my office for the required time. 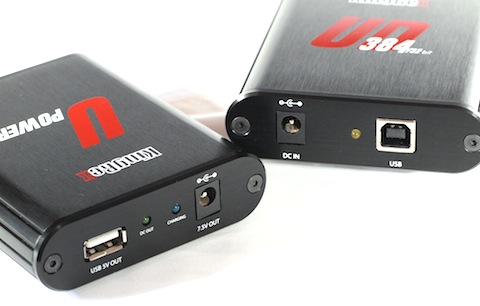 Next, the home sessions. First up again was Zee Avi. The UD384 delivered astonishing clarity and sound staging after the 200 hours of burning in. I couldn’t believe this small unit could produce such a big sound. The bold strumming of the ukulele was evident, blending with her vocals at a different level compared with my office system. The natural sound of her voice was underlined by a clean and transparent stage. It was indeed a very satisfying experience.

I skipped My Hero and went straight to FLAC with Metallica. Now, this is where it became a different experience. The drums and guitar riffs became very digital-sounding, whereas they sounded more natural and convincing when played on my main streamer, which gets me more involved.

Bocelli’s track was, of course, the ultimate challenge for me. And the UD384 delivered what I call a close match to my music streamer, providing me with the sound stage of a live performance, although lacking in the tonal balance. The usual balanced highs and lows that I get from this track were lacking. Nevertheless, it was close.

The good: It’s a two-in-one unit for the price of one. You can use it as a high-res 32-bit/384kHz USB DAC or if you have an even better DAC, as an SPDIF converter and feed raw digital signals from your PC to your DAC.

The UD384 also excels in providing the sort of sound staging that can really move your emotions and makes you feel involved in the music. And it takes up very little space.

The ungood: Harshness in the highs was still evident even after the recommended 200 hours of running in. It doesn’t really irritate but does make some material sound tonally unbalanced. 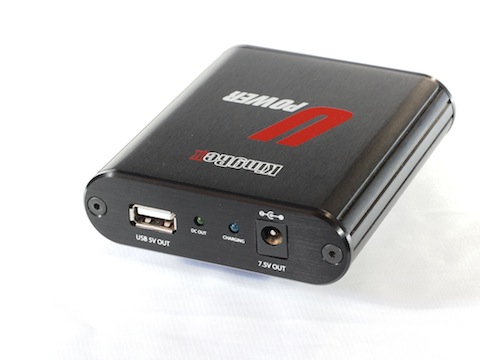 Final verdict:  The UD384 (and the U Power) is a next-generation, no-nonsense upgrade for any computer audio system enthusiast who is willing to spend a bit more than the entry-level. Then, there’s the flexibility and the fact that it can match a full-sized DAC at its price.

Plus, the excellent sound staging is certainly involving.

I recommend this for those into high-res music because this is where you can reap the full benefits of the UD384. Sure, it’s a little pricey given the limited features, and then, there’s the scarcity of 384kHz material – but if you are really serious about getting into high-res, this one’s for you .