Parasound Zcd – zest in a pack

First impressions: The reason the Parasound Zcd CD player is turning up here is fairly simple. I was looking to put together a minimalist CD-based system – as few components as possible and without spending too much money. Of course, the Audiolab 8200CDQ driving a pair of active speakers would have been ideal, but in the realm of hi-fi, active speakers aren’t exactly cheap.

Next option – a CD player with an onboard preamp feeding a power amp and a pair of passive speakers. Now, this was easier conceived than realised because not many CD players in the market come even with a volume control feature, let alone proper preamp.

Then, I chanced upon Parasound’s Z range – slim-line and compact components meant for desktop use or, with their optional “ears”, for mounting in a studio rack. There is a complete range, including a preamp, power amp, CD player, DAC, phono stage, phono with USB and tuner. It was the Zcd, which sports fixed and variable outputs, that came home with me.

I already had the power amp and speakers in place, and took the signal from the variable output. The fact that there was a remote to control CD transport features and volume more than half-sold me on the Zcd, When I heard it in the system, I couldn’t help smiling – you’ve heard the term “cheap and cheerful” and Zcd could well be a flag-bearer for this category.

It wasn’t exquisitely detailed or minutely resolving, but then again, I haven’t heard CD players at this price that are. What I liked was that the Zcd showed much zest and drive for the work at hand. Score.

One thing I was wary about – the Zcd grew rather hot after a couple of hours of use, despite being well ventilated. My misgivings were well-founded, as you’ll see later but let’s not get too far ahead. 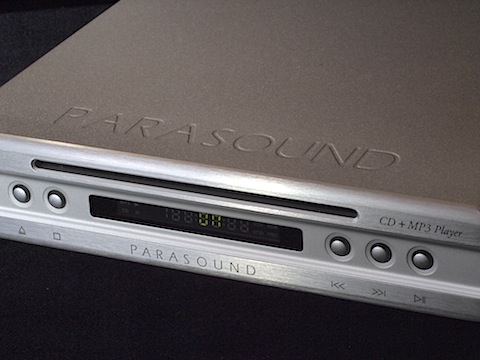 Specs: This “ultra-compact” half-rack unit plays, apart from the Red Book standard, MP3 files from a CD-R or USB flash drive (did the computer audio enthusiasts just do a double take now?).

The USB slot is located at the rear, where you’ll also find a pair each of fixed and variable analogue RCA outputs, optical and coaxial digital outputs, composite video output for viewing MP3 files and a 3.5mm stereo input to connect a portable device like an MP3 player or smartphone.

The fixed and variable outputs can be used simultaneously – of course, if you’re connecting the Zcd to a preamp or integrated amp, the fixed output is recommended. The maximum output level is 2.0V.

Three turn-on options – manual, 12V trigger and AC – are provided. A 12V trigger output can be used for starting up a power amp. Provided at the rear are IR input and RS232 serial port. Most of us will be happy with the supplied remote control.

Removing the top revealed a cramped interior, understandable given the size of the player. The components are neatly laid out, with the slot-loading transport mechanism taking up the bulk of the real estate.

Rack mount accessories are options, should you want to use the Zcd in a studio environment – a side-by-side bracket for mounting two Z units together, a blank panel extended for one unit, and a half-width desktop rack for up to five Z components. 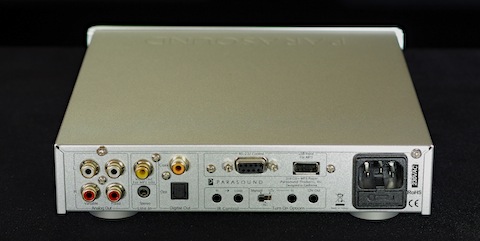 Performance: My early impressions of the Zcd were borne out over extended sessions. I wasn’t expecting it to excel at resolution or finesse, and it didn’t disappoint because, from my experience over the years, these qualities in an entry-level component suggest a safe and civilised approached. No, my intention was to play my rock music collection and I wanted a source that was zestful and snappy – well, a bit like a Naim of yore without the price tag. Energy and drive were important to me in this set-up.

When the Zcd fed the Odyssey Stratos power amp directly, it showed its best attributes – into it went my collection of Dire Straits, AC/DC and ZZ Top albums and the player captured the raw edge of the music with relish, spitting out the power riffs with precision and incisiveness. The Zu Omen speakers at the end of the chain aren’t the most resolving I’ve owned – they’re certainly not neutral, and don’t have the most polished of highs – and perhaps this helped camouflage any shortcomings the Zcd had in detail retrieval or tonal balance.

In fact, for a while, I was test-driving an Exposure 2010S2 integrated amp in the system, along with a couple of other costlier CD players, and each time after a session with one, I would plug the Zcd back in (via the fixed inputs) and marvel at how it managed to convey the sense of raw power and vitality in the recordings. Some of the reference test CDs I used – you know, the stuff with slammy drum tracks, deep bass and carefully recorded vocals – came through great, the Zcd showing itself capable of sounding fast and tight. It pleased to such an extent that one became immersed in the things it did well and not notice what it didn’t.

It was only when I plugged the Zcd into the main system – Khartago monoblocs driving the Maggies – that the I felt it to lean towards a brighter tonal balance and a shallower depth of stage compared with my much costlier Ayon. Then again, one wouldn’t stick something like the Zcd at the front end of a higher end system.

The rest of the review sessions saw the Zcd driving the power amp directly. I think Parasound got the implementation of the analogue volume control spot-on for the price, and unless the speakers are particularly difficult to drive or if you require more than one source, this minimalist approach will reap rewards. And you can do with one less set of interconnects. 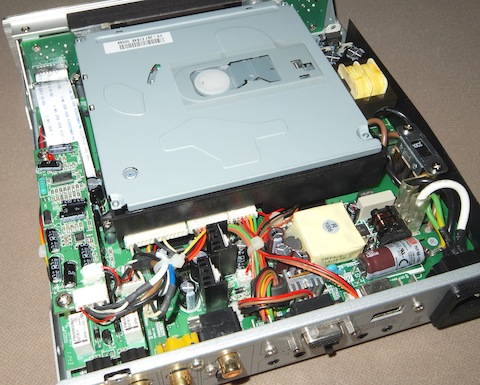 The good: The Zcd’s drive and energy made it a great choice for rock music, but in the right system, this one will tackle everything but the most complex material with ease.

The level of features is impressive, the fixed and variable outputs are welcome deviations from the norm, and the small footprint will go down well with many. Two things were outstanding for me – its robustness in presenting rock music, and its pace.

The ungood: It isn’t the most detailed or sophisticated in sonic presentation, and the stage, even if immersive, is restricted in width, but given the price, these can be forgiven.

However, this is crux of the matter – just after I was done with my listening sessions and was about to start writing this review, the Zcd stopped playing discs Yes, it would switch on, but would not read any disc I fed it, after making some rustling noise.

I’m not sure if the long hours of play – refer to my remarks at the beginning about it getting hot – had anything to do with this, but I had planned on buying the unit, and so was disappointed.

Final verdict: The end-game hiccup aside, I was more impressed with the things the Parasound Zcd could do than what it left out.

If you want detail, resolution, and finesse, go elsewhere. But if it is energy, drive and sheer exuberance you’re looking for, take a pit stop here, park your feet, slip in some classic rock and bask in the collar-grabbing experience the Zcd delivers.