THIS USB cable came immaculately packed in a high-quality box, complete with foam to house it. The cryogenically-treated cable, with red-woven jacket, looked the business and Kingrex obviously spared no expense to build it.

It uses 24K gold-plated connectors and silver-plated oxygen-free copper conductors. The two-metre cable is USB 2.0 certified and transmits data up to 480Mbps. The unique feature here is the use of two USB “A” connectors, in a Y-split configuration.

Kingrex says this design is intended to separate the power signal from the digital signal. The “A” connectors are labelled “Battery” and “Wave”. With the “B” connector plugged into the Kingrex UD384 USB DAC or any other USB DAC, there are two ways to connect the A connectors: 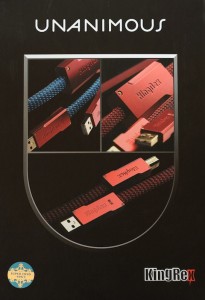 I took the second option. I was intrigued – would the cable deliver much more than my resident el cheapo USB cable?

Testing cables is trickier than reviewing hi-fi equipment. Most times, the difference in sound quality can be so subtle that the ears can barely identify it. I only used one track – Santana’s Black Magic Woman (MP3 320 kbps/48 kHz). I chose a higher quality  MP3 track instead of FLAC to hear what the Kingrex cable could do with a less resolving audio format.

Straight out of the box, the sound produced was as “cold” as the cryogenic treatment itself, and a bit flat. However, the spaciousness was immediately noticeable.

The percussion on this track is one of my favorites. It’s not a typical heart-pounding drum beat but more musical and “traditional.” Just to refresh my memory, I first played this track using my own USB cable. Immediately after that, I swapped it for the U-Art cable and boy, how the sound changed.

Notice I mentioned changed rather than improved. The sense of space suddenly filled my room. The liveliness, spaciousness and low-end extension were beyond the normal experience I have with this track. It was still controlled but each note sounded more extended. However, things still sounded a bit flat.

I was advised by Kingrex to run in the cable for 300 hours. Throughout the run-in period, I listened to various songs just to be more critical. I didn’t actually time myself for 300 hours but after about three weeks of listening, I played the Black Magic Woman track again.

Now, this was completely different from the first time around. The spaciousness was even more evident, plus the flatness had disappeared. Santana’s guitar sounded so melodic and the stereo imaging and staging were perfect. This allowed me to imagine where each musician was placed during recording. The percussion playing was inspiring enough to make me jump out of my chair and start playing along on my drums! 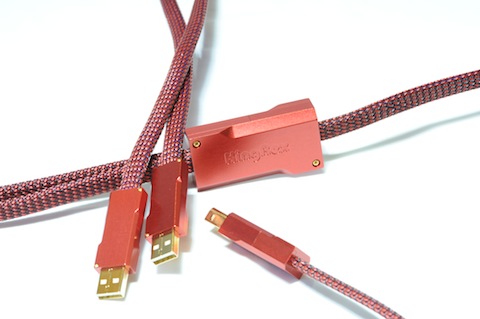 The signal and power separation really made a difference – if spaciousness and liveliness are what you are looking for, this cable excels in these areas. On the downside, the set-up, given the cable configuration, is not as neat as a direct USB connection.

The KingRex Unanimous U-Art Y USB cable is definitely something computer audio system enthusiasts should audition, even with a non-KingRex DAC. It’s a no-frills and no-nonsense upgrade – if your CAS system sounds boring and in need of some space and life, this cable could be the cure.