The Geneva WorldRadio, announced late last year, is now shipping. It is as the name says, and obviously inspired by the portable radios of the early transistor era.

It can receive both FM and DAB/DAB+ radio stations, and through its Bluetooth receiver, stream Internet radio and music libraries from any Bluetooth-enabled smartphone, tablet or laptop. A 3.5mm line input is provided to hook up an additional audio source. 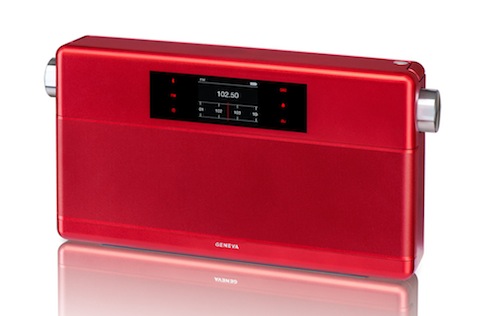 The WorldRadio has rotary controls for menu selection and volume, while the touch-sensitive LCD display allows hassle-free selection of source options.

The WorldRadio, which has a single onboard driver that goes down to 70Hz, is powered by a digital amp in DAB, Bluetooth and line-in modes, and by an analogue one in FM mode. 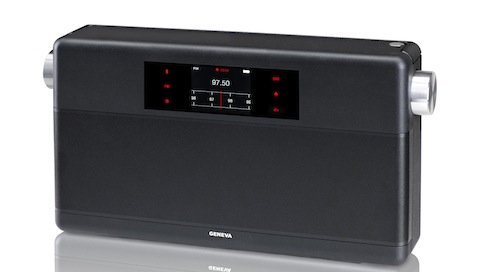 There is also a clock with an alarm (it is a radio, after all) and the unit can be powered via either the mains or battery – the rechargeable lithium polymer pack provides six hours of playback.

The WorldRadio, which is designed in Switzerland by Geneva Lab, weighs a paltry 1.4kg and retails at £269.00. How about one then … of each colour?