The popular JRiver Media Center program for playing and managing music, images and video on your Windows PC is now available for Mac users – in alpha build mode that is being updated once or twice a week.

Okay, JRiver admits it expects things to be rough sailing at first with many bugs and few quick-fixes. The early versions have been ported from Windows so the appearance won’t be quite Mac-like. JRiver is now concentrating on stability and major bugs, but in coming weeks, expect a more Mac-like visage.

Another caveat – first builds are for audio only, images will be available soon, and video support will take a year. 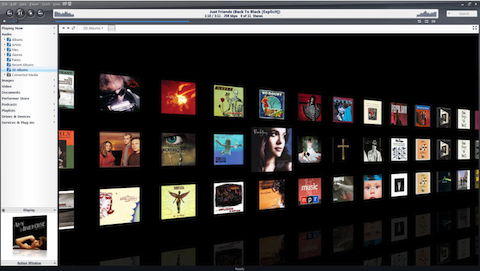 Also, some features from the Windows version may never be available, and upgrades will be charged to the user. However, JRiver says its goal is for a Mac version of the audio experience it has brought to Windows users over the years.

The first few builds will have a 30 day time-out – users will need to download and install a newer build each time this happens – this is to allow phasing out of software with known problems.

The early version costs US$24.98, which will increase by $5 per month until it reaches $49.98, with no refunds … so purchase only if you’re absolutely sure you want this on your Mac.