First impressions: “Too cool for school!”, commented my buddy setting eyes on the diminutive Parasound Z pair of preamp and amplifier for the first time.

Standing a little over two deck of cards high and half a standard component’s width, the Z components were certainly attractive and not too shabby either when called to duty.

Initial listening impressions were mixed when first unboxed – setting the two components up was easy enough but there was enough of a sterile glare to raise some concern.

Putting them through their paces on a steady stream of digital radio play did well to dampen the initial over-exuberance. 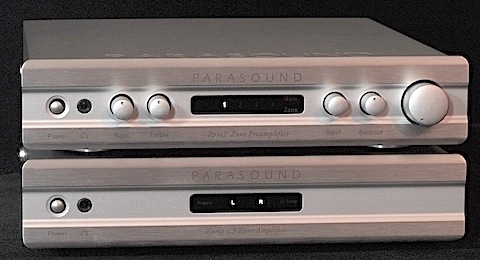 Specs: It’s amazing how much gear Parasound’s engineers managed to shoehorn into the pint-sized chassis but that they did and then some.

Most would have imagined that the Zamp was premised on Class-D or integrated chip module-based architecture to get away with the given space constraints but Parasound has certainly undone itself here with a fully discrete amplifier¸ incorporating high-speed bipolar output transistors and an honest-to-goodness toroidal power transformer sitting inside the tight box and tipping the scales at a little more than 3kg.

The Zamp handles itself well, pushing out 45 watts at eight ohms and 60 watts on a four-ohm load, but will deliver 90 watts when bridged in mono configuration. 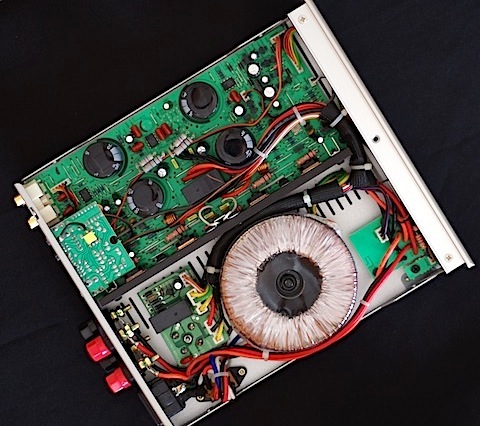 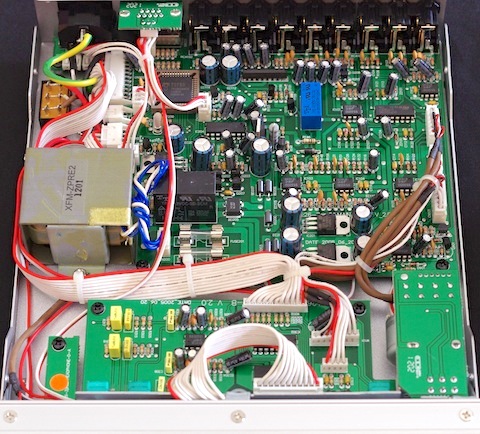 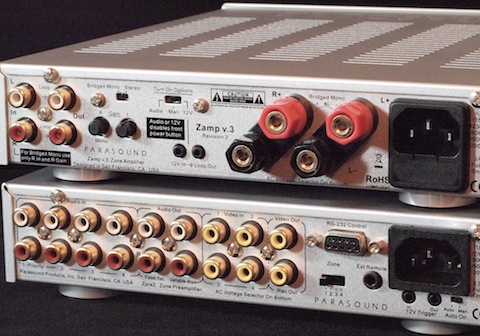 Performance: For a laugh, I had set up them up (pun intended) in my main rig driving the Magneplanar 1.7s. What I had thought would be an absolute disaster of a combination, turned out to be pretty decent.

The Parasound pre-power combo handled itself well enough with a relatively deep and involving soundstage. On well-recorded vocal pieces and at moderate listening levels, the Zs brought a grounded and inviting sonic.

That being said, the Zamp and Maggie 1.7 match was definitely not intuitive, a fact quickly realised when any music or material more dynamic in nature was dialled in, as was the case when I put some Metallica on.

The Zamp was clearly a courageous little amp hitting above its weight class but being put into the same rig as the 1.7s had clearly outlasted the novelty factor by a stretch.

Swapping out the Zpre and Zamp to my PC-based desktop system quickly brought things into sharp focus. The Zs were clearly in their element here. Everything about them made sense.

The tactility and compact ergonomics of the Z components on my desk was most welcome, and they were excellent-looking to boot, either placed one on top of the other (the Zamp was placed on top of the Zpre, of course, for heat-venting practicality) or even side by side. With inputs patched in from the PC via an Emotiva XDA-1 DAC and with either the Sonus Faber Minima Amators or Audio Physic Slants, the Zs could little wrong.

With more than a little sonic resemblance to the larger Parasound amps, the Zs handled complex rifts and dynamic pieces with aplomb. Given the near-field listening configuration, it is less likely that you’d be able to max out the headroom of the amp before things got way too hot in the listening sweet spot.

That being said, I ended up rocking the Z-based PC-rig a fair bit and would imagine this to be an immediate solution to many a PC-based user’s needs. 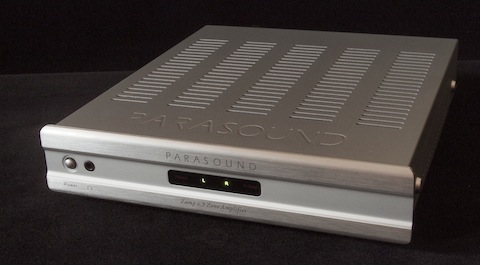 The good: The Zamp v.3/Zpre2 combination delivers a pretty amazing performance from a truly small form factor. These components will not embarrass themselves even with larger components and when used within reason.

The ungood: The only downside, perhaps, is a slew of options at this price range for full-sized equipment.

Final verdict: There’s no lack of viable options for the price asked but few would offer the same level of performance in such a tidy and compact package. Designed with versatility in mind, the Z combo certainly delivers.

Conceivably, the Z components could very well be the solution in space limited, multi-zone systems, or in unique installations where full-sized equipment would be too bulky or conspicuous. The installation and application variables are truly extensive.

MK Chong, a rehabilitated ex-investment banker, still doesn’t get out or see the light of day much. When he does, he has a passion for the finer things in life; family, single-malt whisky, food, cars, music and cool gear. He believes there’s more than one way to nirvana and that just because everyone says so, doesn’t make it so. Currently, he’s re-discovering the beauty of planars and tubes, and believes in the inescapable future that is digital.