First impressions: Few loudspeakers have intrigued me as much at first sight as the KEF LS50 50th anniversary model. I’m told it was inspired by the legendary LS3/5a, although you wouldn’t imagine it looking at the LS50 – think Lotus Seven of yore and today’s Exige S Roadster. Yup, it’s like that…

Most audiophiles, weaned on traditional black boxes, would do a double take and think, “oh, this has to be some lifestyle product.” They couldn’t be further from the truth. The LS50 may be a design statement from KEF, but this is merely one aspect of the speaker. Within five minutes of hearing the LS50 in action, I marked it as a hard-hitting contender for audiophile ears.

The other giveaway is the driver array, which is housed in a single unit – this is KEF’s famed Uni-Q in its latest guise. That “rose gold” finish is certainly eye-catching but the shiny black sides had me handling the LS50 with extra care – I had to ensure nothing got scratched.

The output from the spanking new review pair was something I later described it to a friend as an “expensive” sound. It became even better along the way. 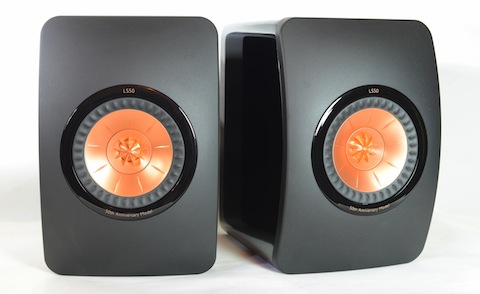 Specs: The centre of attraction of this two-way bass reflex design, obviously, is the UniQ driver array comprising a 25mm vented aluminium tweeter mounted inside a 130mm magnesium-aluminium alloy mid-bass driver. Note that there is no grille on the curved front baffle.

The tangerine-style arrangement in the centre of the UniQ unit is for treble dispersion to create a larger sweet spot. KEF quotes a frequency range of 47Hz to 45kHz and response of 79Hz to 28kHz. The crossover is set at 2.2kHz

Placement obviously is important, but KEF says 50cm from the rear wall works fine for the LS50.

The rear elliptical port is unique, not merely in shape – the material forming the port is a flexible composite that absorbs resonances rather than allow them to feed back into the cabinet structure. 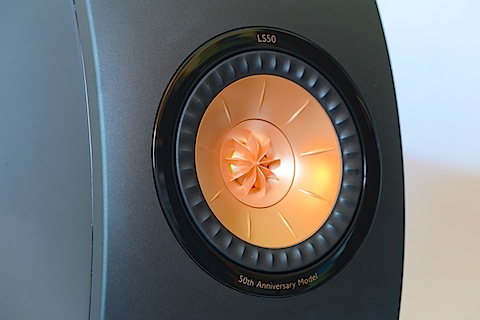 Amplifier requirements are modest, from 25 watts and up, but at 85dB sensitivity, you’ll need to drive these glossy beauties harder than usual if you like it loud (the LS50 are good for 106dB), even if the eight-ohm load isn’t current sapping.

Each cabinet measures 302 x 200 x 278mm (h/w/d) and weighs 7.2kg – since a pair is packed into a single box, they’re not actually lightweight. There’s a single finish, which is high-gloss piano black, with a front baffle made of a composite material.

Fit and finish are astoundingly top-notch – the LS50 looks more expensive than its price tag.  The KEF legend on top of the cabinet is a classy touch. 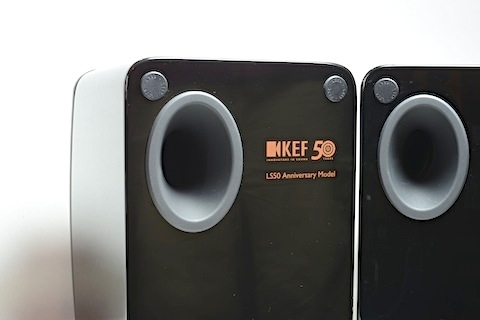 Performance: The first aspect of a speaker’s performance that I always get to the bottom of is, er, the bass. Initially, the LS50s were sited on stands about four feet from the rear and side walls, and although the bass was punchy enough, considering the size of the driver, I felt the speakers were hardening in the lows when pushed hard. Up in my playlist were Internet radio via my Linn Majik DS and a number of my regular reference CDs and LPs. Rock was a staple, with jazz and a bit of folk and some classical.

After the speakers had been run in for a few weeks, this hardening receded somewhat, but it was when I pushed the LS50s closer to the rear wall that I noticed a significant improvement in the bass. Of course, the solid physical backdrop helped reinforce the lows, but even when played loud, the speakers sounded smoother and in better control of its lower frequency output.

This was when the deal was sealed for me, because in other areas, I couldn’t find much about the LS50s that displeased me even remotely. Let’s talk about the presentation, which was conducted on a generous and expansive scale. The point-source design helped to place acoustic events in proper focus, and the LS50s recreated a sound stage that belied the compact dimensions of the speakers.

The treble and midrange areas were clean and uncluttered, and completely revealing of details in the mix, without tonal additives and any oddness in the timbres of instruments and vocals. The last especially, were impressive in the way they were focused, with smoothly and clearly defined boundaries that were never muddied by other musical occurrences in the acoustic background. 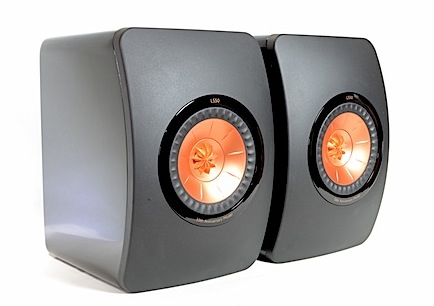 Certainly, the UniQ drivers displayed an impressive sense of focus and dispersion in the higher registers while, in the stereo context of listening at the sweet spot, the speakers conjured a stage that was spacious, expansive and unfettered. They were tight without truncating musical events, and never fatiguing over long sessions.

Playing acoustically-dominant recordings (classical, jazz and folk) on the LS50s showed them to be capable of revealing the intricacies of instrumental textures without effort. Switching to rock and pop, I found them to have a comforting weight in presentation and urgency in drive that suggested these speakers are also keepers for those into musical genres demanding some bite, without turning strident when pushed harder. 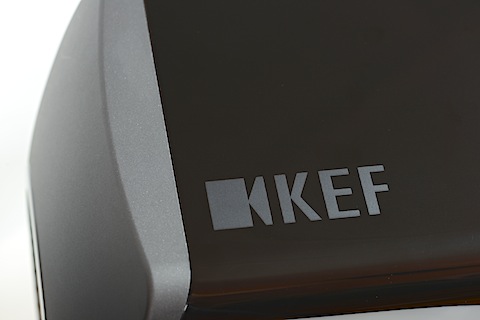 The good: Everything about the LS50s, I loved … their big and vivid presentation, effortless playback of any genre of music, and ability to grasp the essence of a recording and convey it to the listener stealthily and without imposing.

They’re spectacular in looks, too, and the wife-acceptance factor is very high – I reckon you’ll have less trouble explaining the purchase because they look as good as they sound.

The ungood: The LS50 can’t completely run away from its physical limitation, which has an impact on the lows – but then, they’re not for bass fiends. Impeccable partners are needed for the speaker to deliver its best.

The finish collects fingerprints and shows up dust – keep a piece of microfibre cloth handy.

Final verdict: A profoundly communicative component from KEF, the LS50s do their job with hardly anything being lost in translation. They’re superb all rounders, comfortable with a wide genres of music and create equal impact played soft or loud.

Make no mistake, these are special ones in a number of ways, and when KEF stops making them, they’re doing to be even more in demand. So get a pair now to save yourself heartache in the future.