ICONIC British hi-fi manufacturer Naim Audio was incorporated exactly 40 years ago this week – June 4, to be exact – and to mark the occasion, the company has set up an anniversary page where you can browse through a timeline and leave a message in the guestbook.

As you well know, the Naim following, built up over four decades of dedicated eccentricity (DIN connectors, NACA cables, the brilliant ads) and the company’s commitment to deliver sheer musical enjoyment, is legendary. 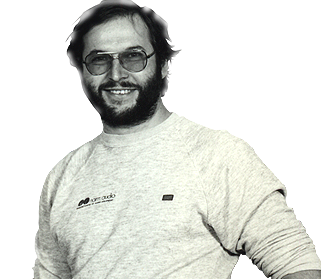 The first products to emerge from the Salisbury factory were the NAP 200 power amp (designed a couple of years earlier) and NAC 12 preamp. As the Naim exerted its influence on the global hi-fi market in the 1980s, forming a symbiotic relationship with Linn (the LP12-Naim/Exposure electronics-Linn/Epos speakers configuration was legendary), it also drew attention with a series of tongue-in-cheek advertisements (“I’m sorry I didn’t catch your Naim” being one of the more popular ones).

The first Nait integrated amp was launched in 1983 – the low wattage figures fuelled the cult of Naim with the dogma that it wasn’t all about watts. The SBL speakers arrived a few years later, which also marked a point where Naim and Linn began to diverged, the former going on to introduce a range of speakers and the latter delving deeper into electronics.

The 1980s also saw Paul Stephenson and Roy George join Naim, both remaining today as managing director and technical director respectively and lending the Naim tradition a degree of continuity following its merger with France’s Focal group a couple of years ago.

Well, don’t let us tell you all, the Naim anniversary page can be found here.