REGA Research’s new look for its standard line-up debuts with the Elicit-R integrated amplifier, obviously based on the recent model but upgraded in several areas, including power output. The Elicit-R dishes out 105 watts into eight ohms, 162W into half that load, a significant step up from its 80-watt predecessor.

Onboard are new power amp circuits based on the acclaimed, entry-level Rega Brio-R, along with an “emulated Class-A driver stage”, a FET discrete line preamp section and a programmable stepped attenuator volume control. The physical design appears to be a nod at the Reference line Osiris amp. 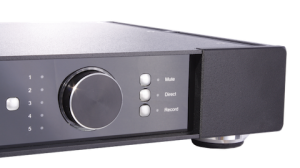 The Elicit-R also includes a high-grade MM phono input, although this can be switched to line level. The input is configured for additional isolation, so that an outboard phono amp can be routed to it.

Supplied with the amp is the new Solaris system remote handset, which can be used with all the current “R” range of electronics.

Also launched is the Aria MM/MC phono stage that is designed on the same “half-rack” chassis as the Brio-R, Apollo-R CD player and DAC.

Meanwhile, the MC input has “parallel connected low noise FETs configured as a compound pair. The use of FET transistors ensures there is no bias current flowing in the cartridge coil so as not to upset the delicate magnetic geometry of the cartridge.” 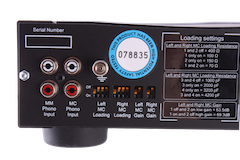 Provisions are included for selecting resistive input loading of 70Ω to 400Ω and capacitive loading of 1000pF to 4200pF. The input sensitivity can be changed by 6dB, via the back panel.

Both stages have separate inputs and preamp circuitry. Signal switching is performed at high level and low impedance (via relays), so there is no degradation of the signal.

The Elicit-R and Aria are available in a black finish only.