THE Joe Average audiophile will most likely not own a McIntosh Labs product in his lifetime, and for a couple of reasons – either affordability or because he’s been persuaded into believing it isn’t purist hi-fi. We here belong to the former category, which also means we get excited every time the American icon launches a new product. Mc-philes, that’s what we are… and here’s announcing McIntosh’s new flagship integrated amp, the MA8000.

The looks don’t break from the proud McIntosh tradition – blue meters highlighting the glass front panel, and surrounded with steel and aluminium – and the technology follows suit in the legendary Autoformer transformers.

Which is all very comforting for the converted, yes, but what’s set to win over new fans is that the MA8000 is very much an amp of the times. The 21st century, that is. 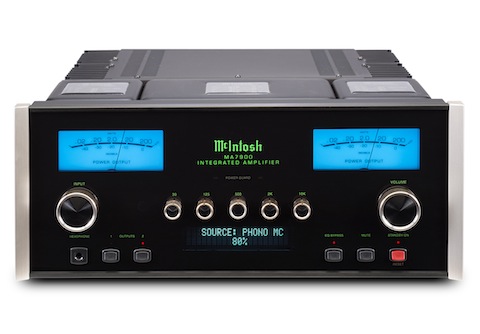 Packing 300 watts per channel, the MA8000 has a whopping 15 inputs – six unbalanced, two balanced, two phono (MM and MC) and five digital (two each coaxial and optical, and one USB). The digital inputs are good for 32-bit/192kHz resolution, and we’re assuming a Sabre chip does the conversion process, as in current McIntosh digital products.

The discrete, analogue eight-band tone control section can be assigned by input, letting you conduct precise adjustments according to your preferences.

The phono section can be adjusted to match a variety of cartridges, a valued addition in this age of vinyl revival. And if you want to incorporate the amp into your AV system, the Home Theater Pass Through feature allows for smooth and seamless integration. 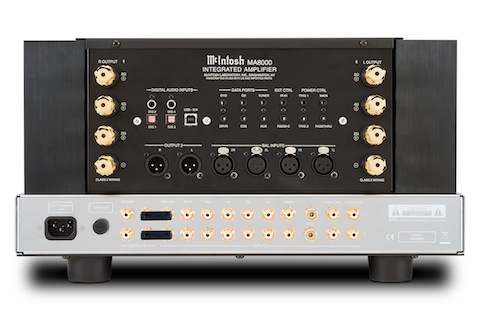 There’s also an output for headphones, and is it optimised for “virtually all headphone types”.

So how much for the stunning fusion of glass and steel? Well, if you have to ask… check with your distributor. 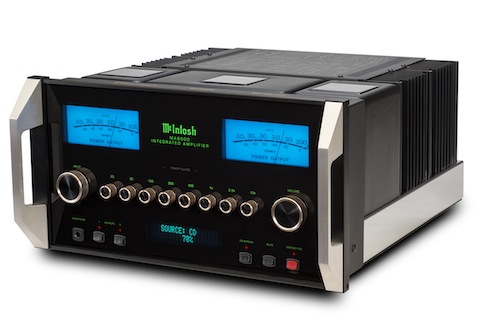