Initial impressions: Many manufacturers of hi-fi equipment will recommend that you plug your audio components directly into the wall AC outlet – the number of times I’ve read this bit of advice in product manuals is too numerous to count. If it matters, Krell and Rega both take this stance.

However, my experiences over the past couple of decades have convinced me that the power coming off the wall outlet could do with varying degrees of assistance. On the flipside, it’s also possible to overdo it and suck the “life” out of your sound. You want to get it just right, and right is often costlier as well, as in the case of the PS Audio P10 Power Plant, the latest among such products to pass through my system.

I recall the first P300 Power Plant back in the late 1990s that turned me into a believer, even if it ran as hot as hell during use. A more recent experience with the immediate predecessor of the P10 was less pleasant – 12 hours after starting up, it tripped my home circuit and keep doing it. I’m told this was one of the reasons why PS Audio brought  production of its Power Plants back to Boulder, Colorado, from China.

Digressions aside, this P10 is heavy, weighing a shade over 30kg. I had to carry it up alone to the study on the upper floor of my house and I can’t imagine just how many tendons and ligaments were stressed during the exercise. It had better be rewarding, I thought as I huffed and puffed through the task of siting the black box.

My resident power gizmo (a rather large one, at that) is a balanced isolation transformer running off a dedicated 32A spur from the main board, so to start with, the system already has the power supply factor right. Switching to the P10, I felt the differences were marginal, so I let the unit run in over a few weeks. 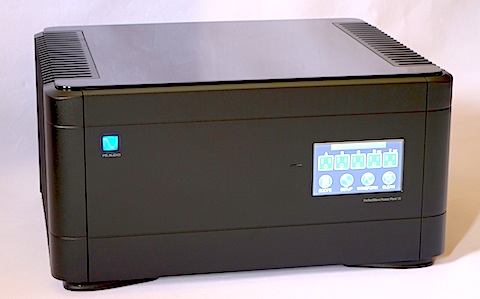 Specs: PS Audio boasts that the P10 is the “largest and most advanced high-end personal power generating station in the world”. That Paul McGowan, PS Audio head honcho, does have a sense of humour but this is no idle boast. Essentially a power re-generator (the P10, that is, not Paul), this heavyweight accessory takes the AC from your wall outlet, converts it to DC and then regenerates it fully as a sine-wave perfect, regulated, high-current AC.

This process effectively deals with issues such as low voltage, distorted waveforms, sagging power and noise – the P10 is akin to a massive amplifier that delivers AC. The claim is that peaks of more than 70 amps can be delivered.

The passively cooled unit has a number of display options in its window (which has colour touchscreen), and the features include an integrated oscilloscope, THD meter and adjustable output voltage.

The P10 can be controlled over the web or a network – the necessary I/0s are provided at the rear. As for the 10 electrical outlets, they’re grouped into five separated zones, regenerating a total of 1,500 watts (1,500VA output). PS Audio says it will take large power amplifiers without batting an eyelid (although I do have some reservations on this… read further down). 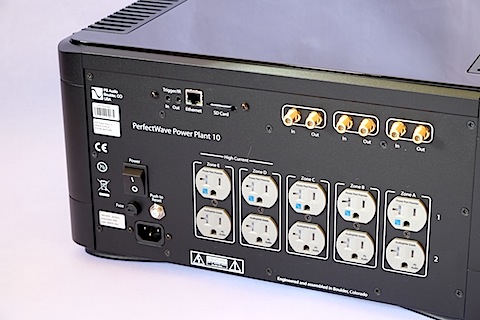 The unit is able to generate a number of waveforms in its regenerated AC, in this case, “MultiWave” and “CleanWave”.

As per the literature, “MultiWave extends the peak charging time of the sine wave so connected equipment has more energy storage and less power supply ripple.  Turning MultiWave on is like adding a larger capacitor bank to your connected equipment’s power supply.  The audible results are dramatic and produce a bigger soundstage that sounds far more natural than with a simple sine wave.”

Go on over the the website to get a detailed rundown on what’s loaded in the P10, which is available in silver or black. Or scroll to the video at the bottom of this page. 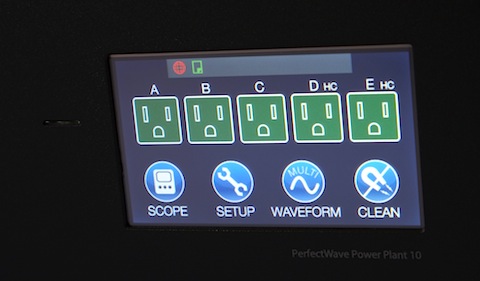 Performance: As mentioned above, I’ve mostly refrained from running my hi-fi equipment straight off the wall socket, even if I’ve had a dedicated 32A line feeding the system since 2001. This is generally because of the wide voltage swings I’ve experienced where I live, and this has ranged from a high of 265V to recent lows of 190V (fortunately, that’s been rectified and it’s now mostly 220-230V).

The isolation transformer that has been in employment for years in my system, also allows me to keep the voltage within a less intimidating band. I’ve few or no complains about the power feeding my system. So I was expecting little or no dramatic improvement upon unplugging my whole system and powering it off the P10. And my expectations were mostly fulfilled.

On the side of the P10, I was impressed by a sense of increased “blackness” (if that’s possible) in the sonic backdrop, making the details stand out against this in better contrast. Make that micro detail, which was better revealed in the mix. My balanced transformer is already very quiet, but the P10 improved on this by a discernible degree… just a bit more than faintly and enough to afford a deeper peek into the mix.

Thus, little nuances were more obvious, and the highs seemed even better smoothed out with harsher recordings. The P10 allowed more air around the instruments and vocals, a holographic effect, if you will, the details seemingly presented in a nearly palpable three-dimensional plane. Vocals were cleaner and clearer in presentation, as were all things across the mid and high frequencies. 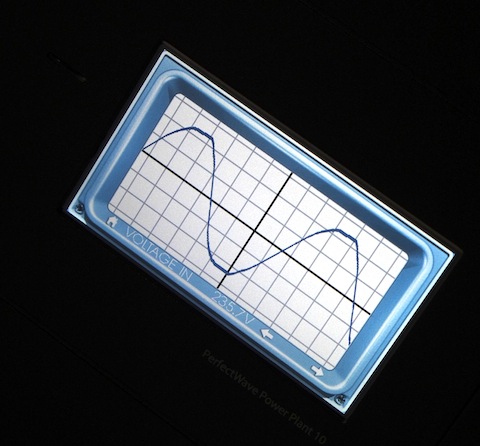 I also thought the bass sounded a degree deeper and better rounded, with an air of comforting solidity. Pitted against my resident transformer, the P10 sounded marginally weightier and bigger, but lacked that finer degree of slam and pace I’m so used to and can’t live without on a long-term basis. I prefer a bit more bite in the overall presentation but the P10 excelled in a further refinement of the results available from the system, allowing previously suggested textures to be better revealed. Those existing on a steady diet of jazzier tunes and female vocals won’t mind this aspect of the regenerator, although rock fans will ask for a more edge-of-the-seat ride.

In fact, I previously owned a Pure Power regenerator and observed similar differences in presentation pitted against the isolation transformer. The P10, going from my recollection of the Pure Power, sounded more expansive and generous in presentation, with bass that injected more realism in the proceedings.

I couldn’t really detect much of a difference between the waveform options – perhaps the ears aren’t as keen as they used to be a couple of decades ago, and such nity-gritty things tend to leave me unmoved. 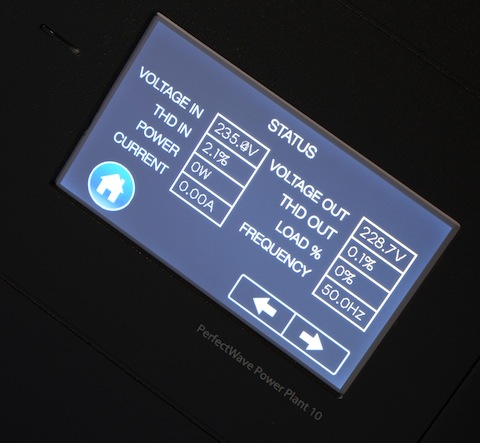 The good: If you’ve been powering your system off the wall sockets and want to explore such devices for the first time, the PS Audio is an intimidating prospect – it effects an overall clean-up across the frequencies and of the backdrop, resulting in a starker and more vivid presentation.

Importantly, if the P10 is too costly for you or overkill on your system, there are cheaper versions available from PS Audio, like the P5 and P3. It is also a solidly-made piece of gear.

The ungood: Heavy and expensive. It also had a tendency to trip with my Krell KST-100 power amp at times, when the latter was switched on. This was possibly due to the traditionally excessive current draw – I wonder how a Krell KSA or Mark Levinson of yore will fare with the PS10. Today’s amps are so much more refined on power-up.

Final verdict: If you’ve yet to sample the benefits of cleaner and more stable AC being fed into your hi-fi components, there are cheaper places to start, but few as effective. I’m not wholly a  fan of the smaller power conditioning devices, but regenerators and isolation transformers are a different ball game, and yes, they get my recommendation.

The PS Audio PS10 gets you to the top of the class for the money, and the differences it can make will range from subtle – if you’ve already taken my route – to significant, if you’ve yet to explore this segment of the hi-fi turf.

Costly, yes … heavy, most certainly … effective, without a doubt. The P10 gets my wholehearted recommendation.