DR Ray Dolby, the man who developed the groundbreaking audio technology bearing his name, has died in his home in San Francisco, aged 80. The founder of Dolby Laboratories had been suffering from Alzheimer’s Disease for several years and was diagnosed with acute leukemia some weeks before his death on Sept 12.

Born in Portland, Oregon, Dr Dolby worked on various audio and instrumentation projects at Ampex Corporation from 1949 to 1957. While there, he led the development of the electronic aspects of the Ampex videotape recording system, before going on to obtain a string of academic honours.

He founded Dolby Laboratories in London in 1965, and in 1976, moved to San Francisco where the company established its headquarters, laboratories and manufacturing facilities. 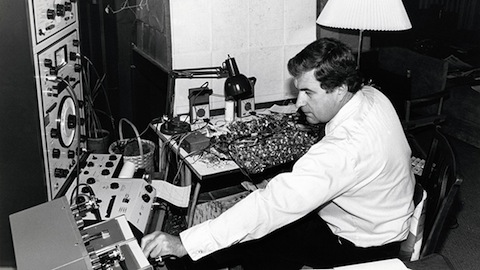 Dolby Laboratories created an environment where scientists and engineers advanced the science of sight and sound to make entertainment and communications more engaging. Dr. Dolby’s pioneering work in noise reduction and surround sound led to the development of many state-of-the-art technologies, for which he holds more than 50 USA patents.

Dolby Laboratories’ technologies are currently an essential part of the creative process for recording artistes and filmmakers, who continue to use Dolby tools extensively.

“We have lost a friend, mentor and true visionary,” said Kevin Yeaman, president and CEO of Dolby Laboratories, in a statement on the company’s website.

“Ray Dolby founded the company based on a commitment to creating value through innovation and an impassioned belief that if you invested in people and gave them the tools for success, they would create great things. Ray’s ideals will continue to be a source of inspiration and motivation for us all,” he added.

Dolby Laboratories transformed the entertainment experience, from the cinema to the living room to mobile entertainment. Tens of thousands of films and billions of products and devices with Dolby technologies have made their way to theatres, homes and consumers’ hands around the world. 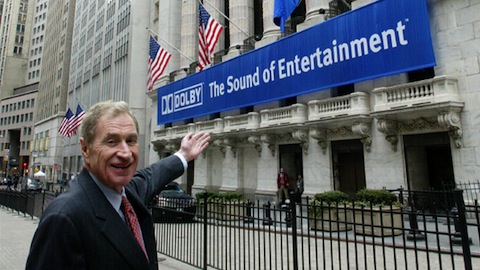 The company has won 10 Academy Awards and 13 Emmy Awards for its groundbreaking achievements throughout the years.

In 2012, the iconic Hollywood landmark known to the world as the home of the Academy Awards was renamed the Dolby Theater and the site of the post-Oscars gala was renamed the Ray Dolby Ballroom.

Dr. Dolby is survived by his wife Dagmar, his sons Tom and David, their spouses Andrew and Natasha, and four grandchildren.

Check out the Remembering Ray Dolby site the company has put up in tribute of its founder.

News
PS Audio P10 Power Plant – power me heavy
A sermon on the (P) mount… not!