THAT time of the Earth cycle is around the curve again, when it’s winter in the Northern hemisphere and all consumer electronics people in the planet (well, it seems like it) gather in the middle of a desert on an island called Las Vegas for the Consumer Electronics Show (CES).

CES 2014 will be held on Jan 7-10 and you can bet a good majority of hi-fi players will be there to show off their wares, apart from launching some new products. We managed to sniff out some stuff that’s in the offing, so here’s a very brief run down, a preview, if you like.

Fine Sounds Group, which houses a handful of premium hi-fi brands in its premises, is slated to launch the Audio Research CD6, a CD player and DAC combo that’s the less costly sibling of the CD9. Another product that will be aired for the first time is the Sonus faber Homage Vox, a luxurious centre-channel speaker that will be paired with other high-end units from the Italian maker for a full surround system on demo at CES.

Still with Fine Sounds, McIntosh will display the acclaimed MT5 turntable along with a number of exciting products, while Wadia is promising some new projects “designed and engineered to surprise” audiences. We certainly hope so, as the brand appears to have fallen off the grid again over the past year.

Meanwhile, moving on to an American legend that’s not called Harley Davidson or McIntosh or Apple…  Krell Industries is scheduled to launch the BD1, its first Blu-ray player, and the Chorus 7200 power amp. At least, that’s what we could make out from the teaser. No other giveaways from Krell on these products. 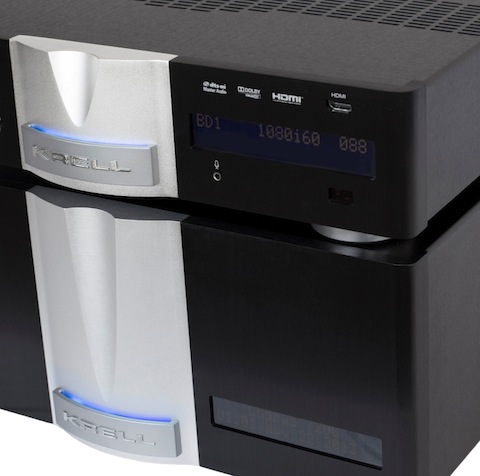 German turntable specialist Clearaudio will display some of its new products like the Statement TT1 IS tonearm for the Innovation Series spinners, the Absolute Phono and Absolute Phono “i” phono preamps and the Double Matrix Professional “S” record cleaner, which features “sonic cleaning”.

Thiel Audio will show an all-new “small form factor highly-versatile precision loudspeaker that has been conceived to deliver maximum enjoyment from both music playback and home theater applications.” We’re thinking they mean an all-weather unit…

And finally (for now), UK’s Naim Audio is promising to unveil something special – we have absolutely no idea what it could be even after viewing this video teaser:

We at audioFI.net wish readers a Merry Christmas and happy holidays.