THE Rega Elicit integrated amplifier is a torch-bearer for products that simply refuse to go away. The name first appeared in 1991 when the UK company launched its first two amplifiers (the Elex was the other one). Both weren’t the successes Rega hoped for, and “Elicit” faded from memory… until a new Elicit was launched some three or four years ago.

Despite the second Elicit’s premium quality and relatively reasonable price tag, it again failed to set the world on fire… then, a few months ago came the Elicit-R, built on the physical template of Rega’s reference range Oasis integrated amplifier but inspired by Rega’s highly-acclaimed, entry-level Brio-R. Early reviews indicate that the Elicit-R has finally found favour with the hi-fi press. 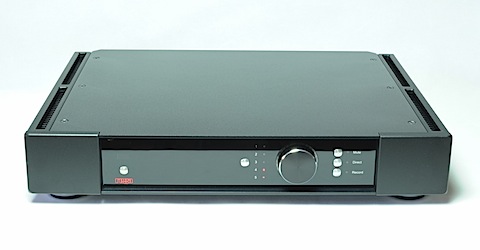 BITS AND PARTS: Among the most significant upgrade from the previous Elicit is the increase in power output, now crossing the 100-watt threshold. The Elicit-R is rated at 105W into eight-ohm loads and 162W into four ohms.

Five main inputs are provided, one of them configurable for moving magnet phono via a switch on the rear panel. This particular input (“1”, with different sets of RCA sockets) offers further isolation and noise reduction since you’re going to plug in a record player. Additionally, there are record input/output, record output link, direct input and preamp output, allowing great flexibility in use.

The front panel is spartan in traditional Rega fashion, but stylish – five silver buttons stand out from the black backdrop, for powering on, direct, mute, record and input select. The last works in conjunction with the volume knob – press the button and the rotary knob turns into a source selector for a few seconds. Those who like it simple may not approve but it’s a smart sharing of resources.

The Elicit-R, which comes with the new Solaris system remote handset, is available only in black. The amp measures 43 x 325 x 82mm (w/d/h) and weighs 13kg – the chunky aluminium casework is mainly responsible for this. 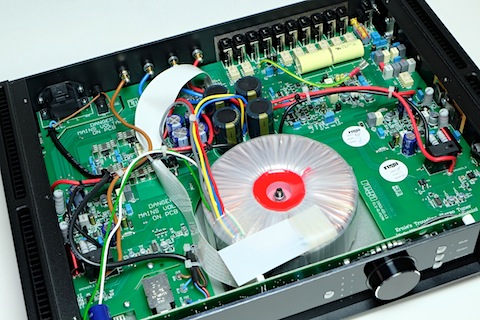 IN CONCERT: There were complaints that the previous iteration of the Elicit didn’t have “enough” power but when I tested it with my Maggies (then the MG1.6), all was smooth, although I had to push the amp past the midway mark to get it to sing. I don’t think the bump up in power specs on the Elicit-R is significant, perhaps more a marketing necessity than anything else. It didn’t have to work any harder or less with my current pair of Maggies, the MG1.7.

Right out of the box (the review unit had very little play time in the showroom), the amp sounded closed-in and somewhat dull… at least, that was the immediate impression during the first session. However, as I played the Elicit-R in and let it run for long hours (and it does get quite warm), the sound began to open up and take on a sparkle that was initially missing.

I still had to push it past the midway mark to get to my “comfortable” listening level, although even played soft, the Elicit-R showed it was ready to offer detail, dynamics and bite in its overall presentation.

The sound stage opened up considerably and sonic images began to take on tactile quality that was previously absent. There was just a hint of softness in the bass that wouldn’t quite go away… although, this was only in comparison with my resident amplification. 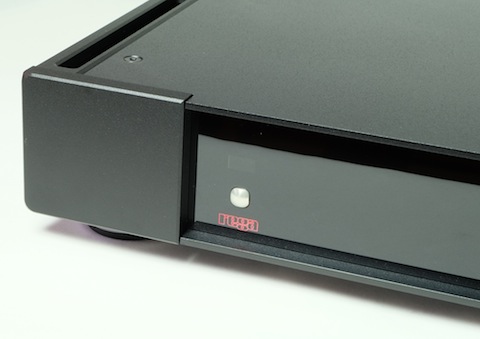 I found the Elicit-R to be very open-sounding, with a clean and airy treble, and an ability to reveal nuances and subtleties in the performer and performance, even as it tackled dynamics with confidence. It never faltered, whatever the material, even when I had to push the volume to the 75% mark when using the phono input.

Clearly, while neutrality and accuracy were part of the design brief, the Elicit-R was also conceived to communicate the visceral nature of the music. It did this in a holistic manner reminiscent of previous generations of Rega, Naim and Exposure amps. There’s a wholeness and urgency to the overall presentation, keeping me interested for long hours even as I admired the amp’s expressive nature and authority.

The MM stage, not surprisingly, is a winner, turning out the kind of compelling performance you’d expect from a Rega analogue circuit, sounding quiet, clean and fast. 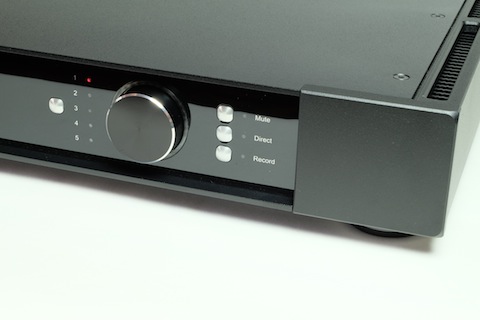 APPLAUSE: The Elicit-R is solidly built, elegantly finished, powerful sounding and musically unfettered, and finely balanced at all times. It worked without fuss with a wide variety of music, from CD, LP or via my streamer. There’s also the top-notch MM input as the icing, if you want to keep your turntable playback system simple. The feature list, for what is an “analogue” amp, is pleasing.

BUT… : If you have difficult speakers to drive, you may want to audition carefully. Especially if you also have a turntable… you may be pushing the amp close to the edge.

FINALE: The caveat on the speakers aside, I can’t think of any reason you shouldn’t be putting the Rega Elicit-R on your shortlist if you’re shopping for a well-specified amp at the price. Plus, if you’re an MM user and intend to keep it this way, the Rega Elicit-R is a keeper. In fact, if you want to stick to a high-quality one-box amplification system, this one fits the bill in many ways. Recommended.