Neil Young’s PonoPlayer has Ayre inside

THE trending news in the music industry over the past few days is Neil Young’s announcement of the Kickstarter programme for his almost seductively-named PonoPlayer, a device that that promises to bring the soul back into digital music. Yes, the war against MP3 has commenced in earnest and Young’s taking the fight to the mobile generation.

The PonoPlayer is essentially a portable playback device in which you can store high-resolution FLAC files (lossless CD level and above) downloaded from the PonoMusic.com store, via  your computer. You can either hook it up with a pair of high-quality headphones or your hi-fi system to hear it in its full glory, from 16-bit/44.1kHz right up to 24/192. It will also play music you already have in other formats, including MP3 and WAV. 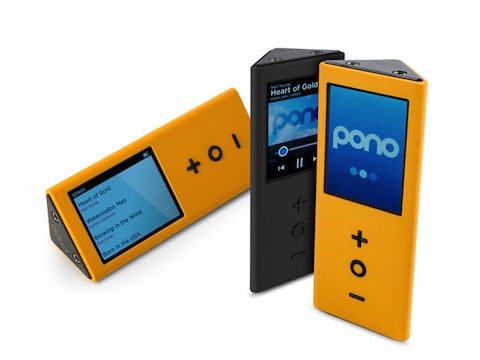 The background news is that the circuit design for the PonoPlayer was done by Ayre Acoustics’ R&D team, which based the technology on its work with the highly-acclaimed QB-9 USB DAC, QA-9 USB ADC and KX-R Twenty preamp. As audiophiles are aware, Ayre was among the first high-end hi-fi manufacturers to throw its lot in with the computer audio crowd by way of the QB-9.

According to Ayre, the digital and analogue circuitry for the PonoPlayer was developed to the highest possible level. The zero-feedback circuitry includes a minimal phase digital filter and a DAC chip that’s purportedly among the best in the business now. 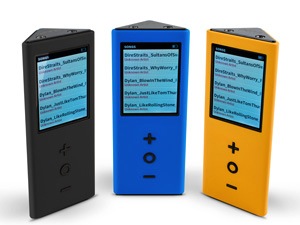 ““PonoMusic and Ayre have collaborated to achieve a lofty goal – to make the power and majesty of music available to everybody. We are absolutely thrilled to be a part of this project and will always be grateful to Neil Young for changing the landscape of recorded music.” Ayre CEO Charlie Hansen enthused.

Each unit, which will be sold for US$399 at the PonoMusic.com store, has 64GB of internal memory and comes with a removable 64GB microSD card.

The Kickstarter program has already raised almost US$3.7 million from about 11,000 backers, well over its goal of US$800,000 – you can still back the project with a minimum pledge of US$1. The products are expected to be out in April.

High-resolution downloads will cost between US$14.99 and US$24.99 per album, and a number of high-profile acts have already bought into the programme.

Meanwhile, check out the embedded links for the complete lowdown on Pono (we still can’t say it with a straight face).