THERE have been claims that the appreciation of high-fidelity, two-channel playback is on the wane. Going by the fact that the younger generation predominantly listens to compressed digital files on portable players or smartphones with, at best, mediocre stock earbuds, there might be some truth to that.

Without going into too much detail, I believe (or hope) that eventually, they will discover high-fidelity playback, and in the process, become a new, evolved generation of audiophiles, craving the same qualities as traditional audiophiles do, but achieving it with quality headphones instead.

Which leads us to the Pathos Acoustics Converto DAC/headphone amp combo unit here. The Italian manufacturer has been making quality (not to mention some of the snazziest-looking) products for years, and has established itself as a true audiophile marque.

The Converto is not a revolutionary concept – there are a fair number of existing products that bear identical functionality. Many of these, however, are not from old-school hi-fi manufacturers – and it wouldn’t be a stretch to say many came into being about the time of the recent renaissance of headphones.

What is significant about the Converto is that it is a “traditional” manufacturer making products for the next evolutionary step of hi-fi – that of computer audiophile playback and headphones. Yet, it can function just as well in a traditional stereo separates system.

BITS AND PARTS: The Converto, as its name suggests, is essentially a digital-to-analogue converter with both USB and S/PDIF connections, as well as a headphone amplifier, built into a single chassis.

The all-aluminium chassis itself is unassuming. Its front panel is spartan yet elegant, with four plastic slits on the left side that light up with blue LEDs to indicate the source, and a tiny power and source selector buttons just below it. A headphone output jack and a volume knob are also there. The top plate gives it a touch of class – the Pathos brand name is etched on it in a distinct font, with three rows of small ventilator holes on each left and right edges.

The back panel is rather busy, as it has a multitude of inputs, outputs, knobs, switches and sockets. It features both RCA and XLR balanced outputs for connection to a separates system, and will accept digital USB (computer audio) as well as Toslink and RCA S/PDIF inputs. Also, there are gain and balance knobs for its headphone amp section, and a stereo RCA input to connect to an external analogue source.

Another three small sockets are there, two for 12V remote triggers (in and out) and another for power input – all similarly sized, which may cause some initial confusion.

Its digital engine is capable of decoding all common bitrates up to 24-bit/192kHz, while its headphone amp section pumps out one watt into 16 Ohms, with a <0.2 Ohm output impedance.

Before you can use the Converto’s USB connection, you need to download a driver (available here for all operating systems). Interestingly, upon installing it, I saw it was from fellow Italian company M2Tech (makers of the Young DAC, my personal reference), which I know makes excellent USB input sections. 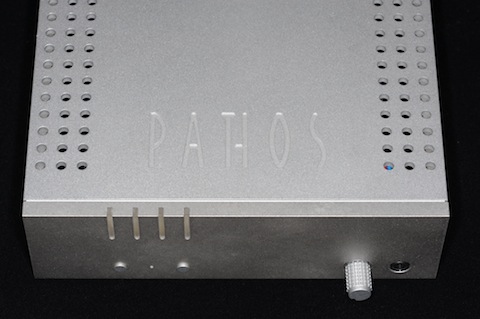 IN CONCERT: Evaluating the Converto is like reviewing two different components – a DAC and a headphone amplifier. In its role as a DAC in a computer audiophile system, I found it to be a more than adequate performer.

My benchmark for a good DAC is how analogue-like an essentially digital product can sound, and the Converto achieved this to a large extent. It had a certain smoothness to its sound, yet did not gloss over detail and transparency, which it delivered in spades.

It also had a relatively neutral balance throughout the audio spectrum. There was some nice heft to the bass, though I felt it could do with a bit more slam. It also had a smooth, rich midrange, which thankfully was not overly-emphasised, while its treble was nicely extended, yet not too grainy.

I also found it to have a generous soundstage – though it did not extend as far, wide or deep as the resident DAC, it gave a convincing account, with impressive imaging and sonic placement too.

What I liked best about the Converto’s headphone amplification section was its ability to tailor its tonal characteristic to the type of music being played via the use of the gain knob. With the gain dialled low, it had great transparency and deftness of touch. I found that I preferred this when listening to softer, uncomplicated music such as solo instruments, light jazz and soft vocals.

However, the lower gain required the volume knob to be turned up, and there is the that with the gain set too low, harder-to-drive cans may not reach required volume levels.

With music that was a bit more raucous, turning the gain up gave it more drive and slam – something I appreciated when playing rock music or bass-heavy electronica such as Daft Punk’s Random Access Memories.

The trick here is to find the optimal balance between two, and not to make too drastic changes in gain. It is very subjective, and finding the preferred setting will involve some interesting experimentation on the listener’s part. Personally, I set the gain at around the 3/4 position, and gave it a little push to the left or right as the music required.

APPLAUSE: A piece of gear that looks good and sounds great – both DAC and can amp functions are well thought out and performance not an issue. The Converto wears both hats comfortably, and Pathos, as a “traditional” hi-fi manufacturer, should be commended on its effort here.

BUT…: Price is always going to be an issue, but anyone who buys the Converto is essentially getting two components for the price of one. While it is a good all-around performer in both DAC and can amp terms, it may not match components with just one function that is of similar cost.

FINALE: The Converto is a component designed with the changing audiophile landscape in mind. It will fulfill the needs of the traditional separates system aficionado, but can also provide the option to go the computer audio route. Best yet, it can be the gateway to a whole new way of listening via the use of headphones.

Conversely, for the head-fi crowd, it provides an all-in-one solution to all their amplification/DAC needs. If they one day decide to go the separates system route, they only have to add an amp and speakers! And that can only be a good thing…