AMONG the most memorable beer-budget loudspeakers I’ve heard is Q Acoustics’ debut offering – the entry-level 1010, back in 2007. It was small and lacked deep bass, and the vinyl wrap of the enclosure was a bit iffy. The alluring midrange and smooth treble, however, set it apart from the competition, which included the PSB Alpha B1 and Paradigm Atom. The 1010 certainly was a gem for the asking price. Its bigger sibling, the 1020, had deeper bass, but somehow didn’t quite match the 1010’s overall sonic charm.

Q Acoustics was a new outfit back then, and the  company – under the Armour Group – has since lived up to the hype of that early promise. The 1000 series evolved into the 1000i, the 2000 and the 2000i, which is the current iteration. There’s also a lifestyle 5.1 system, the 7000 (now in “i” form). All these speakers targeted mostly punters who wanted a generous quantum of performance for not too much money, and Q Acoustics delivered.

The Concept 20 is a different sort of beast. It is a manifestation of the best technology Q Acoustics has to offer, with a refinement in sound and level of finish that is unprecedented for the company. It still is relatively affordable  – you would pay much more for a “premium” brand product of this quality. The Concept 20 is designed to appeal to the segment of the lifestyle crowd that is also discerning about audio. Of course, it holds enough promise to draw the more cynical audiophile, the question being if it lives up to its promise, purely in the context of sound.

The optional dedicated stand, a nice bit of architecture, is essential to elicit optimum performance from the speaker. 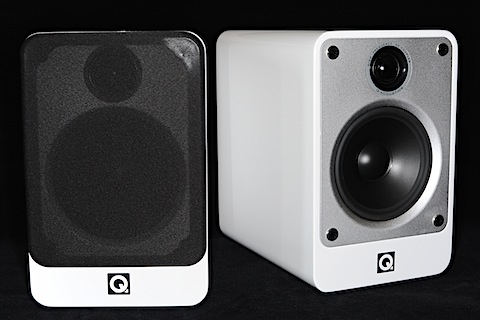 BITS AND PARTS: Q Acoustics takes great pains to discuss the cabinet construction method used on the Concept 20, something revolutionary called “Gelcore”. This features a cabinet within a cabinet, bound together by a gel or adhesive that doesn’t harden. According to the company, this “allows kinetic energy generated by the drive units within the cabinet to be dispersed as heat” and prevents cabinet colouration from intruding on the speaker’s musical output.

The same Gelcore layer is applied to the top plate of the dedicated stand, and although you can use the Concept 20 with any stand, the construction of these and the coupling method serve to enhance the speaker’s performance. It is not cheap, though.

The Concept 20 is a two-way rear-ported design sporting a 25mm soft-dome tweeter and 125mm bass driver that cross over at 2.9kHz. Quoted frequency response is 64Hz to 22kHz, with a nominal impedance of 6 Ohms (4 Ohms minimum) and sensitivity of 86dB. Recommended amp power is 25-75 watts, and bi-wiring is made possible via two pairs of terminals.

The speakers are available in lacquered gloss black or white, with matching finishes for the stands. 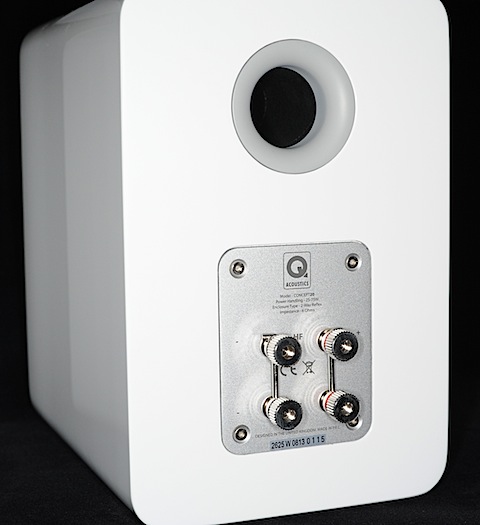 IN CONCERT: If you’re good at putting together Ikea furniture right out of the box, you’ll have little difficulty setting up the stands – they’ve been very thoughtfully designed, so once removed from the packing, all it takes is affixing the top plate and bottom rear glass rest to either end of the column. Everything appeared to be precision-machined for easy assembly.

The bottom of each speaker has three receptacles – you attach the metal “screws” provided with the stands to these and they lock into place with the top plate. If you’ve opted not to buy the stands, the speakers come with rubber feet to decouple with any surface on which you choose to place them.

At first casual listen, I was thinking, “where’s the bass?” Then, I got into the right position and heard a bit of it. After which, I let the speakers play regularly for a few days before sitting down for some serious sessions.

One thing did strike me at the early phase, though – the speakers crafted a big stage, belying their diminutive dimensions, and there was a purity in their presentation that encouraged me to try a wide range of music even at this point.

As the days passed, I began to develop a fondness for the Concept 20 that was reminiscent of my sentiments about its forebear. However, the newer model exhibited greater refinement and sophistication in numerous areas – more detail on top and in the midrange, and as it loosened up, more grip and grunt in the lower frequencies that it was capable of reaching. Subtler textures in the recordings were not lost on the Concept 20.

The sense of realism projected was another factor – obviously, the Concept 20 is a more advanced design all around and if any cabinet colouration was obvious in the early iterations of Q Acoustics speakers, it has been banished to vanishing point here. The construction technology has clearly achieved its brief, allowing the speaker a natural and easy projection of any musical output sans editorial. What you hear is a honest reflection of the quality of the music signal and components further down the chain.

After a week or so, I began pushing the speakers harder and further with rockier and more complex material, electric and acoustic. The speakers handled everything with flair – there was control, and yet, never will they be accused of sounding polite. Seated in the sweet spot, I was flabbergasted by the heft in the upper bass regions – sometimes, I even felt the speakers relished being driven hard, they never sounded “shouty” or compressed the way some small speakers with limited bass do when played loud.

While they impressed me as being pure in their tonal texture and composed in their balance, and the attention to detail was amazingly insightful, what captured my attention repeatedly was their tightness in pace – no overhang in the bass, never too aggressive and yet with understated slam. They exuded the aura that they could stop on a dime, if called upon to do so!

Here’s a bit of advice – get the dedicated stands, they take the overall performance of the Concept 20 up a couple of notches, especially in the bass, and lend the overall sonic an air of authority you would normally associate with larger boxes. In fact, these stands also appear to have a salubrious effect on other speakers placed on them. Oh, and I didn’t bi-wire them, not being a believer of any purported benefit of doing so. 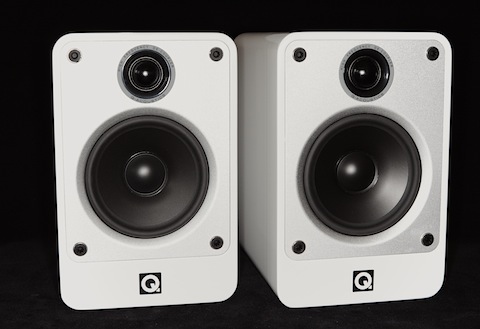 APPLAUSE: A marvelous feat by Q Acoustics then, crafting a small speaker with such a majestic projection and  level of clarity that’s not always present in the older models. The finish and overall cosmetic package are something to die for, and both audiophiles and lifestyle audio enthusiasts will share similar emotions.

BUT…: They need the dedicated stands for optimum performance, and setting them up is more involving than some would like. So, not really a budget player.

FINALE: Is the Concept 20 Q Acoustics’ best bookshelf speaker so far? Well, if not in value, then certainly in sonic finesse and nous, I would opine. The effortless delivery and confidence make the Concept 20, for me at least, among the top standmount speakers I’ve heard in years!