A spillover of the burgeoning computer audio scene is that punters have access to some interesting equipment at bargain prices. Especially notable is the portable USB-equipped digital-to-analogue converter that seeks to address shortcomings in the computer audio playback chain.

The Emerald Physics DAC 2 is one such product, specifically targeting audiophiles who have moved their music collection to the laptop or desktop. This USA manufacturer has a range of speakers and electronics, and the DAC 2 is one of two digital converters in the range.

The entry-level DAC 1 is good for 24-bit/96kHz resolution, while today’s focus is the (not much) costlier and higher spec’d (24/192) model. While 24/96 should, practically, suffice for most audiophiles seeking the benefits of high-resolution playback, there’s the school that believes the higher, the better, even if you don’t need it! On a side note, I’m into it for sheer musical enjoyment, and the better it sounds, whatever the technology or resolution, the more thrilled I am. 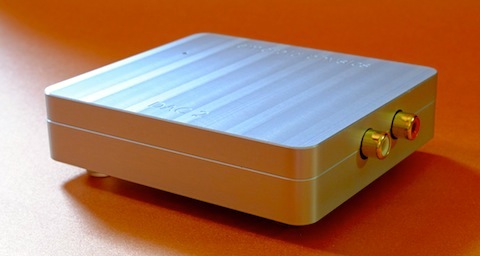 BITS AND PARTS: This asynchronous decoder has an ESS Technology Sabre chip on board as its engine – for me, that’s often good news, although I’m informed it’s not quite the latest version. No matter, it’s the implementation that’s crucial.

The fact that Emerald Physics has kept the price of the DAC 2 to US$349 is quite commendable. This made-in-USA unit supports samples rates from 44.1kHz to 192kHz and up to 24-bit word lengths.

The DAC 2 is built into a case milled from a solid aluminum billet, the top and bottom plates designed to give a three-dimensional effect – the names are cut into the top, and the bottom includes four plastic feet, the latter quite a thoughtful addition.

There’s a USB input and a pair of RCA outputs at each end, and a tiny green LED on top to indicate the unit is powered up. The output is the Redbook standard of 2Vrms.

The DAC 2 is compact and light enough (312g) to carry along just about anywhere, while the solidity of its construction augurs well for endurance. 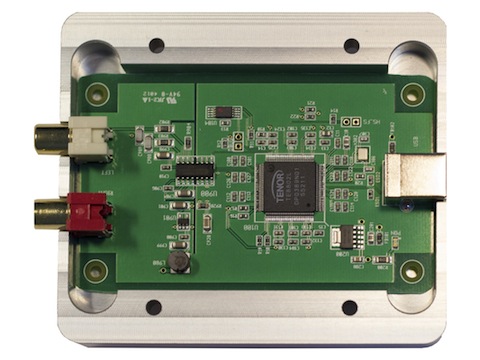 IN CONCERT: The DAC 2 was easy to get going once I had downloaded the relevant ASIO driver – not much to do after this, apart from hooking it up to the laptop via a good quality USB cable and thence to the amplification via conventional RCA interconnects.

I have a number of high-rez downloads in my collection (along with CDs transferred to hard disk) but am still pretty new at this computer audio thing, compared with the years of listening to analogue and Redbook CD formats, so the latter was mostly referenced.

My immediate comparison was with the M2Tech HiFace DAC I reviewed some weeks ago. While I felt the HiFace had a more “exciting” sound, perhaps even more immediate, the DAC 2 impressed with a more refined and elegant presentation of the signal, and closer attention to the finer details. 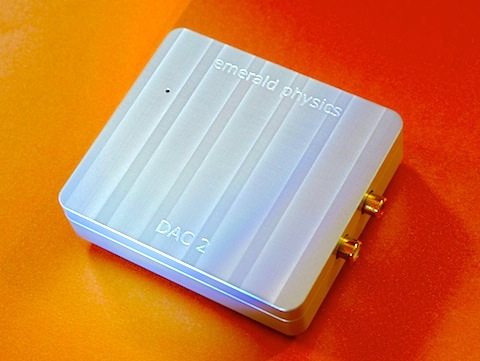 The DAC 2 is less in-your-face, yet there’s an impeccable grasp of dynamics and bass, and even at softer levels, it conveyed any sense of urgency present in the music without holding back. Whichever amp-speaker chain I hooked the laptop-DAC 2 to, I was hard pressed to say whether I liked the CD sound better. While my Ayon’s tube output does lend the music a more organic texture, the DAC 2 could never be accused of sounding cool or clinical – there was no omission or editorial, and it elicited as much detail as the CD player did.

Importantly, whatever the native resolution of the tracks I fed it – WAV and FLAC (but not MP3) from 16/44.1 and up – the DAC 2 made it a very involving experience. There was an honesty to instrumental timbres and vocal textures that one would expect to pay more for to experience, while spatial information was enhanced due to the “quietness” of the DAC 2 – not once did I hear anything untoward.

Bass was taut and well-resolved, and the highs were free from any sort of glare, instead sounding clean and crisp, with a smooth presentation that worked well for a variety of recordings, from pop and rock to jazz and folk. The higher resolution recordings were equally impressive although as of now, I’m still on the fence over this 16/44.1 versus 24/96 or 192 thing.

Importantly, whatever the resolution, the DAC 2 took nothing away from a good recording, its resolving capabilities and attention to nuances making for a captivating and immersive listening experience. Whether it was Dire Straits, Patricia Barber or Miles Davis made little difference to the DAC 2 – it was leaps ahead of the computer’s analogue output, which sounded brasher and brighter in comparison. 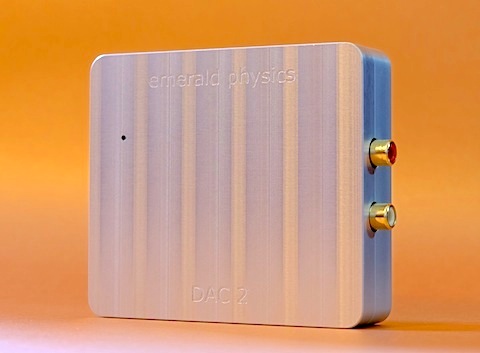 APPLAUSE: What’s amazing to me is that DAC 2 costs just this much – sure, it does only one thing, but brilliantly. It may not be wholly “analogue-sounding” (the Holy Grail in the digital realm), but heads in the right direction, enhancing your computer-based musical experience. Plus, it’s built like a tank.

BUT…: Nothing, apart from the fact that it’s a single-trick pony in an environment that appears to better appreciate multitasking capabilities… like having headphone amplification built in for not much more money.

FINALE: If you’re in the market for a fuss-free and high-grade audiophile USB DAC, the Emerald Physics DAC 2 should be on the shortlist… in fact, if you believe that 24/192 is unnecessary in your quarter of the audiophile kingdom, you can consider saving a bit with the DAC 1.

Either way, you’ll be be getting top value for your money. And you have to wonder if it’s worth paying more for anything else with the same raison d’être. The DAC 2 aced all my tests – highly recommended is a fair summation.