SWEDEN’S Primare, which has built a considerable reputation over the years with a range of solid hi-fi products, steps it up with the new Reference 60 Series comprising the PRE60 preamplifier and A60 power amplifier. Both have begun shipping this month.

The PRE60 is a product of the times – built into a rugged alloy steel chassis, it features an OLED display, two pairs of low-noise balanced XLR inputs, four pairs of RCA inputs, RS232 port, trigger and IR inputs, along with two pairs each of RCA and XLR outputs, plus a record out.

That’s not all the PRE60 offers – the onboard DAC/media board features 24-bit/192kHz streaming via USB and LAN from the Internet, NAS or PCs. You can also access a multitude of Internet radio content, and plug in a source via its digital audio input.

The Primare App for iOS or Android can be used to control its functions, including input selection, volume, and browsing and selecting online and stored media. 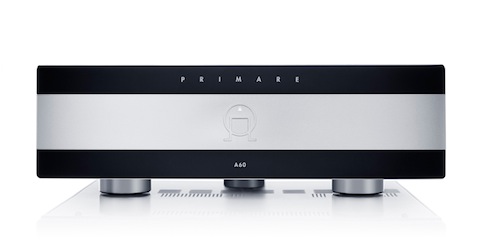 The A60 is a fully-balanced stereo power amp that’s loaded with a beefy 250 watts per channel; Primare claims it does its work with very low distortion even at high output. Both RCA and Neutrik XLR inputs are provided, as well as WBT Nextgen speaker terminals, trigger and RS232 control inputs. 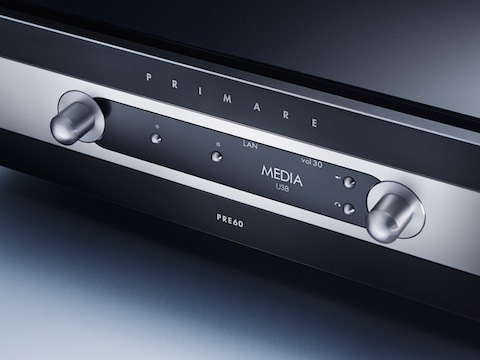