WHAT comes to mind when “Made In France” is mentioned? For the food lover, fine cheese and Grand Cru wines, and for the fashionista, Louis Vuitton and Chanel. For the audiophile, French-made equals Focal, YBA and Micromega… and Triangle. Not exactly a new enterprise, Triangle celebrated its 30th anniversary a few  years ago, its prominence raised in the hi-fi world with the acclaimed Magellan flagship loudspeaker range.

Now, Triangle has taken the technology from the Magellan and passed it to its new one-tier-down Signature range, which comprises two floorstanders, a standmount and a centre unit. The subject of this review is the standmount Theta Signature. 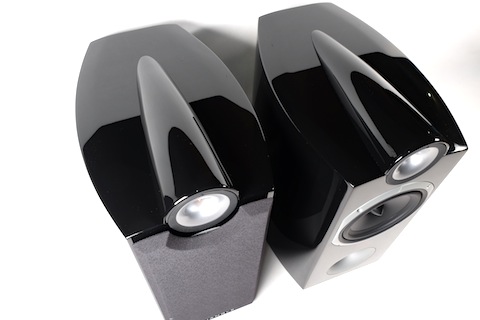 BITS AND PARTS: The Theta Signature is, by any measure, a fairly large standmount speaker but thankfully, French flair lends it a slim and gorgeous look… like one of those catwalk models. This and the rest of the Signature range are completely designed and built in France.

Triangle proudly proclaims that the cabinetry is made of seven layers of high density fibre-board compressed into sexy curves and finished with at least seven coatings of piano lacquer. The overall appearance is as good as they come, and the mirror finish stops you from touching it in case you smear the surface. The review sample was finished in piano black.

The tweeter horn in this two-way design is 100% injected aluminum and developed originally for the Magellan project. The woofer, however, which uses a treated paper cone, has been specially designed for these speakers. The internal cabling by Kimber Kable was selected for its detail in the mid/high frequencies and its steadiness in relation to the bass frequencies. 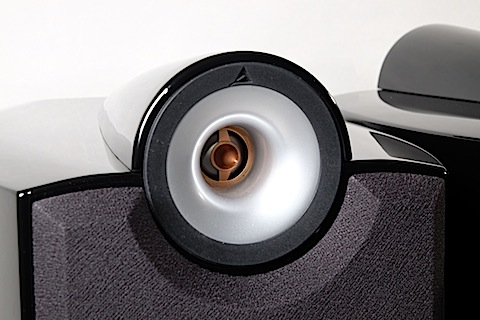 As for specifications, sensitivity is quoted at 90dB, nominal impedance at eight ohms (falling to a minimum of four), with a frequency range of 45Hz to 20kHz. Triangles gives the dimensions of the Theta Signature as 456 x 233 x 372mm (h/w/d) and 11.55kg per unit.

I was very pleased to note that Triangle is also an eco-friendly manufacturer as the packaging uses mostly recyclable materials, with no Styrofoam in sight. The package also includes, thoughtfully, a polishing cloth and a pair of white gloves. Well, you certainly get what you pay for, or perhaps one can say, you pay for what you get as the Theta Signature is certainly no budget offering.

The bi-wire terminals are especially friendly to clumsy hands but there’s one downside – grilles fit by way of pointed studs into holes literally next to the woofer cones, and one can imagine what could happen in a clumsy or distracted moment. 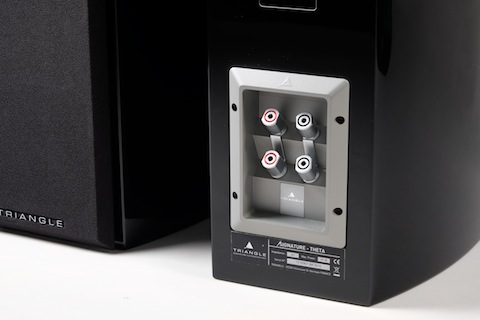 IN CONCERT: The Theta Signatures were placed about two metres apart and angled slightly inwards as per my usual preference. The amplifier in use for the initial session was the Cary CAD 300SEI with just 11 watts of tube power. The Thetas are, however, rated at 90db sensitivity with a fairly friendly 4.4-ohm minimal impedance, so the pairing should not be an issue (SET users take note). The speakers had been run in for about a week, relieving me of this most daunting reviewer’s task.

Who can forget the first date with one’s better half? The first encounter with the Thetas almost fell into the same category. Donald Fagen was first up and the Steely Dan-like intricate melodies and slick instrumentation were right away obvious but now carried such rhythmic drive that I immediately started to move with the music. This, to my memory, was the first time a new piece of equipment had caused such a reaction from me! Ah, what a great first date…

Next up was the old warhorse Time Out, by Dave Brubeck. Shimmering cymbals, great drum work and the piano riffs were all laid out with that famous time signature but now with more lifelike images of the musicians, not just seemingly playing in my room but quite obviously enjoying each others’ playing. Exaggerating, yes maybe a bit… but you get the picture.

It was quite obvious by now that the Thetas could project a most lifelike musical event and this inspired me to bring out all my favourite live recordings. Bucky Pizzarelli’s Swing Live usually requires quite a dynamic system to get the swing going and the Thetas proved to be up to the task. With the volume up a bit more, the band came in and started jamming right there in my room, such was the realism. The Thetas sure can provide a most realistic insight into live music and when the clapping of the audience came on, one could hear flesh-on-flesh clapping and not the usual cardboard-like sound often heard. 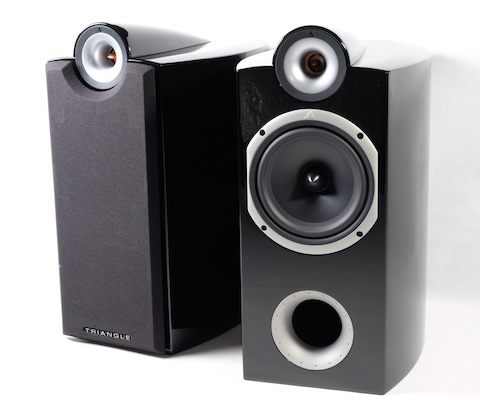 Next was Jazz at the Pawnshop 3 – Good Vibes. This recording features the vibraphone, which has a most unique tone. Recorded, like all in the Pawnshop series, before a live club audience drinking and talking away, and with simple miking techniques, the sound has an immediacy that can be most immersive with the right setup. The Thetas proved to be most rewarding here, with one of the most realistic renditions of this recording I have heard so far!

A swing through of female vocals followed with Tsai Chin, Diana Krall and Ella Fitzgerald. All the best attributes of the Thetas shone through each recording but it was not all roses. The immediacy of the lifelike presentation can render older recordings such as Ella Fitzgerald slightly too brightly lit. The swing was very much better but the voice was now projected a bit more forward than seemed natural. It could have been the miking technique of the day. In contrast, the recording of Diana Krall’s Girl In The Other Room, done 50 years later, was gloriously beautiful, especially the Temptation track which had the band and herself performing with all their heart.

All the strengths of the Theta shone through every recording thrown at it. In this much larger listening room, the imaging became even more realistic, reflecting in each case, the size of the band. Voices took on lifelike images of real people singing in the room but, of course, no sound system can ever project the size of an orchestra, whatever others may say. Bass notes had more heft with the bigger amplifier, in fact, much better than expected from a standmount speaker. Overall, the sound was more airy and altogether, there was more of everything. 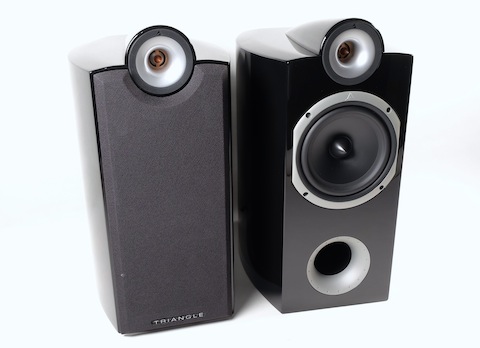 I noticed here that the usual fuller sound signature of vinyl was most beautifully rendered by the Thetas and not surprisingly, this became my preferred source in this setup. The musical event was much better portrayed and there was overall a warmer sound. With the CD source, the Thetas did sound a bit more forward than my Magneplanar MG3.6 panels.

It’s quite obvious that I liked the Thetas very much but how did they compare with my resident MG3.6? The Maggies are known for their transparency and quickness, and these are the very areas that the Thetas fall short in comparison. But not very much and do note that the Maggies won’t work as well in smaller rooms as the Thetas. The Maggies also had bigger presence given their larger reflecting surface, thus giving a slightly bigger image but the Thetas had perhaps better pinpoint imaging. Both are very lively speakers and the choice boils down to your room size if you ever have to pick either one. If your room is smaller, the choice is obvious. 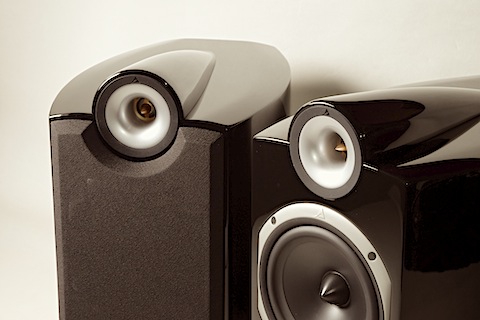 APPLAUSE: Beautiful to look at, elegantly finished and sounding very lifelike and musical. Triangle has a real winner here.

BUT…: Nothing serious except that you will need partnering equipment of similar calibre to do the Thetas justice, preferably including a vinyl source of the highest quality. And there’s the price tag.

FINALE: That the Triangle Theta Signature seems to be friendly towards low-powered tube amps would certainly interest the SET crowd. While the Thetas come with a price tag to go with all its qualities, in the world of high-end, they’re not overly expensive.

The potential buyer will no doubt be making his judgement of value by comparisons with other standmount speakers from the likes of Sonus faber, Focal and such. If you’re in the market for a standmount with an impeccably lifelike and musical sound, the Theta Signature should be high up on your shortlist.

Foo Marn Hing is happily retired and fully indulges in listening to music. He is a dedicated “vinylphile and Lenco lover” and enjoys good audiophile company.