A LAYMAN browsing through The Absolute Sound‘s recent guide to setting up a phono cartridge can be excused for thinking that vinyl playback is a ridiculously intimidating process that requires some knowledge of rocket science. Indeed, even seasoned vinyl-heads can find the art (and science) of cartridge set-up to be a daunting task.

Relying merely on eyesight and a couple of cutout scales may get you in the ballpark of the ideal setup… then again, maybe not. The list of parameters to consider – vertical tracking angle, azimuth, rake, etc, etc – makes launching a satellite seem less complicated!

The point the article made was that if you set up a cartridge using (expensive) precision tools, the rewards would present themselves when you lower that tonearm on the black disc. However, many of us probably won’t get it right even with the proper tools. Mounting a cartridge is a finicky job, and not one for the butter-fingered – a slip of the hand and you could lay to waste an expensive piece of equipment.

Still, this is not deterring music lovers. Vinyl sales have been on the upward curve in recent years and it’s not merely old-school fans keeping it there – a younger generation of music lovers has latched on to the habit, for whatever inexplicable reason.

Could it be the sound? Almost a decade ago, during a meeting with PS Audio’s Paul McGowan, the talk drifted to vinyl, which was then just getting back into vogue. Here’s what he told me, laughing: “My 15-year-old son Scott came up to me the other day holding an LP and asked me, ‘Hey dad, have you heard one of these, they sound good!’ ” Incidentally, the company’s first product, back in 1973, was a phono stage!

So, obviously, it is the sound, plus perhaps the pride of ownership, that is drawing younger listeners, not all of them with audiophile leanings. Which is why there is a market for turntables that are designed for easy play and require little or no setting up out of the box.

Rega, Pro-Ject, Clearaudio and VPI all offer such models, while the cheaper decks, perceived as non-audiophile, from the likes of AudioTechnica and a couple of others even have an on board phono stage to keep things direct and simple. So you really don’t have to go through a complex and tedious setup process if you merely want to enjoy vinyl.

I have friends whose vinyl leanings range from the casual to the passionate – and that is the point of this article. Vinyl-heads are not all the same type of people; this is how I’ve categorised them. 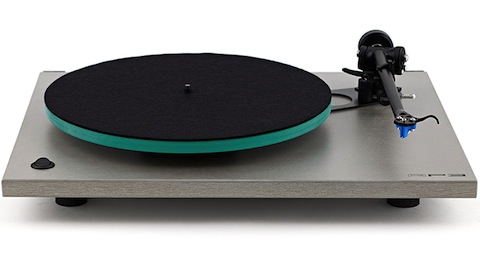 The perfectionist
He may or may not have an esoteric turntable – but what he has, he will set up to perfection, using his ears and some tools to guide him. Spends more time worrying about the finer details of setting up the cartridge than actually listening to his vinyl collection, which is often limited to a collection of rare editions and audiophile LPs. Will spend hours on end tweaking his set-up, then play one LP to satisfy himself that he got it just right this time. Not someone you want to invite over, unless you belong to this category yourself. All his LPs are in pristine condition. (Preferred brand – a wide range, so long as he has control over all parameters of setup).

The loyalist
He never really let go of vinyl through its darkest years in the 1990s, and hung on to his records and turntable/s when his peers were dumping their vinyl at used stores or giving it away free (and which they’ve come to regret). His vinyl “quality time” comes in fits and starts, though – stays in the digital domain for months on end, feels guilty after a while, blows the dust off his LPs and turntable, spends a day or two “re-discovering” his analogue inner-self, swears this is his way… and then returns to CD or the computer for the sake of convenience because he’s too caught up with other things. (Preferred brand – Linn, Rega, VPI)

The deejay
Alright, this guys loves his vinyl, but you’re not going to buy any used LPs from him. Records, to him, are meant to be spun and scratched, and he will take them out to parties along with his aged Technics (or two) to show his mates his skills. Besides, it’s much cooler to spin LPs than CDs. No contest there. He keeps vinyl alive. His ideal cartridge will take a lot of abuse. (Preferred brand – Pioneer, Technics) 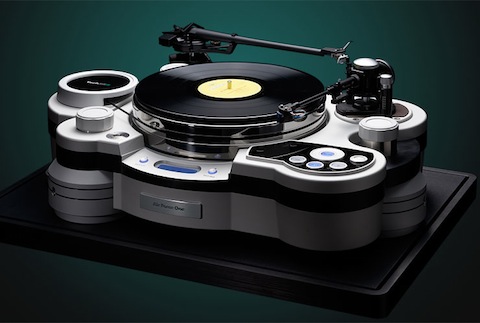 The don
Extremely rich chap, part of the upper economic crust that can actually buy a US$100,000 turntable system. Doesn’t worry about setting up or anything going wrong, because the dealer is at his beck and call, any hour, every day. Others hang around, hoping for an invite to a whiff of vinyl nirvana. He can be obliging if he likes you and because… well, wouldn’t you want to show off your US$100,000 turntable to someone? Note: He does NOT want your opinion on how it sounds! Can be an extremely critical listener. Some dons seldom play with their system – can’t blame them, the Koenigsegg in the garage has more allure. Some retire from the hi-fi hobby… to spend more time with the Bugatti and Ferrari they’ve added to their collection. (Preferred brand – TechDAS, Walker, Continuum Labs and such names that exist in analogue’s highest strata)

The follower
Buys LPs like mad, latches on to whatever trend the crowd he’s part of is following, however often they change fashion. New, old – he’ll even buy a scratched LP if he’s convinced it is collectable. May not even possess a turntable but that’s not stopping him from buying records. He’s planning to, but waiting for the right one to come along. Most likely single and possibly a hoarder. (Preferred brand – whatever is “in”) 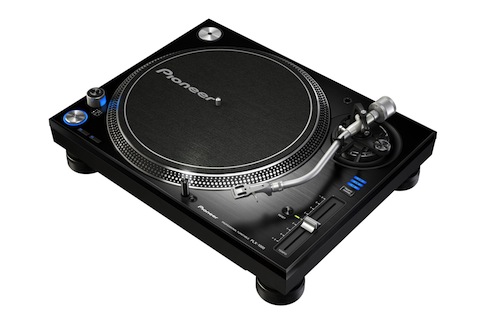 The retrospective guy
Nothing new in the market is a good enough a turntable for him, because, let’s face it, the best ones were the idler-drive types made in the 1950s and 1960s by Garrard and Thorens. Possibly has one or more of these ‘tables, loving restored over the years. Will pay silly money for a good condition one, and solely responsible for driving up the prices of old turntables, even non-idler units. (Preferred brand – Garrard, Lenco)

The inventor
A pioneering turntable maker in a parallel universe, he is a frustrated designer in ours. Flaws present themselves to him in every “branded” turntable in the market, and he firmly believes he knows how to make the better turntable. His own unit has many elements designed and made in-house, and is always in various stages of development. HE can’t understand why other vinyl lovers won’t adopt his “mods”. A session at his place would comprise a two-hour diatribe on the science of turntable/tonearm manufacture, and when it ends, you no longer want to be there.

Which are you? I think I’m a little bit of everything except the don and the inventor… because, really, if I were a don, I would be out airing my Bentley or Jaguar, and not writing.

Note: There is absolutely no scientific basis for this article, apart from observations made through the years. No offence intended, unless you’re the “follower” type.