THIS plain vanilla box has its origins in a company from the United States called AV123, and is based on a design by Danny Richie and the controversial Mark Schifter (Google the name for the colourful lowdown). The X-LS Encore is a licensed product assembled and tested in Malaysia by Curve Acoustics.

The distributor’s site (you usually order online) claims the Encore performs well ahead of its price bracket, and is suitable to be used in a stereo, AV (a centre unit version is now available) or studio set-up. What was also stressed to me was that the money went into the internals, so the Encore is more than the sum of its parts. 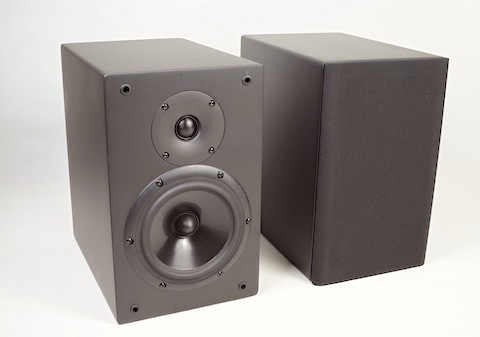 BITS AND PARTS: The Encore uses Peerless drivers sourced from India, from what I understand – a one-inch treated fabric dome tweeter and 6.5-inch long-throw treated pulp cone woofer. The two-way, rear-ported design features a seamless cabinet (made in China) that’s braced with high-grade 18mm MDF. The port, tuned to 43Hz, is paper-based, as this is claimed to reduce harmonic distortion and internal resonance. The insides are damped with fiberglass.

There’s only one finish available – satin black. The precision machined cabinet with rounded corners has a purpose beyond aesthetics. The design assists in cutting down any spurious effects of sound wave reflection. Oh, the finish – one, the price dictated this to be the best option, plus, I was told, other finishes just didn’t sound up to the black’s level.

The crossover is audiophile-grade, we’re told, its design upgraded from the original for better transient response and accuracy of the signal. 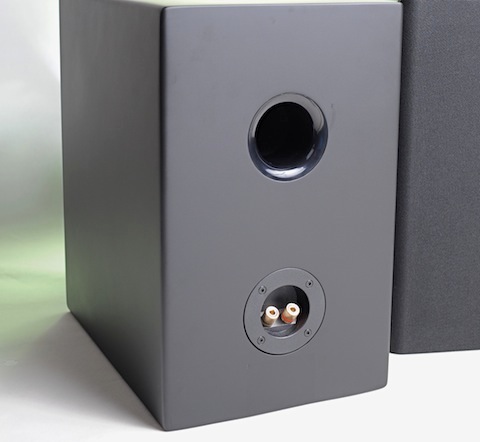 IN CONCERT: The Encores, placed on 24-inch stands, have been getting some prime listening time in my system over the past months as I ran them with both my primary and secondary systems, and pitted them against a number of other costlier standmount monitors. Here’s the thing – I couldn’t really catch them out, whatever the genre of music I played.

One, they projected the sonic deeper into the listening space than they should. Shut your eyes and you could make-believe that you’re listening to something more esoteric.

Two, they have bass… good, solid bass that belies the modest specs, and is well-rounded and extended, thanks to the big driver and generous dimensions of the cabinet. Okay, I’ll say it again… they could well be floorstanding units if you shut your eyes. Pushed very loud, they did perhaps exhibit a smidgen of unruliness, but these are vented cabinets, so while the trade-off is often relatively “looser” bass, the Encores make up in dynamics and detail across the lower frequencies.

Three, they’re honest, and don’t commit the sin of addition… the fabric tweeter is easy on the ear with good recordings, but anything strident or harsh in the upper spectrum of the recorded signal or system chain shows through mercilessly. You should get used to them delivering detail, nuance and resolution to a level that is well ahead of what the rest of your system is capable of, most of the time.

These apart, the Encores deliver with zest, the sense of pace and rhythm only limited by partnering equipment. One pair of compact speakers I put them up against had a clearer and more transparent top, thanks to ribbon tweeters, but the Encores held their own in other areas, surpassing them in bass weight and depth.

Weight… that’s the word that came to mind often. The Encores have weight in delivery, and an authority in presentation that no speaker at this price has any right to possess. Yet, they’re light of feet when it comes to transient response, and mids and high are conjured in a generous space… some would call this airy, what I say is they sound very natural.

Even a complex cascade of piano notes on a Jacques Loussier Trio album didn’t faze them, as the music was reproduced with all the grandeur and pomp you would expect of a grand piano. Beneath the dynamics, speakers revealed subtler details, like ambient conversation deeper in the backdrop, and little things that inevitably made their way to the recordings. You’re made aware of these things but they don’t intrude and instead blend very naturally into the proceedings. 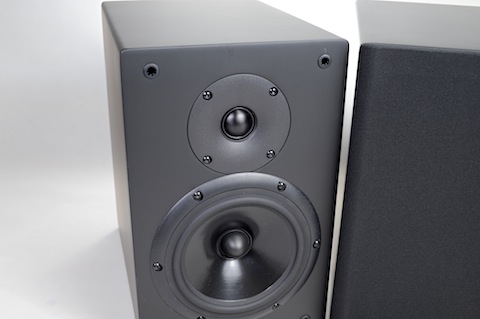 APPLAUSE: There was nothing to dislike about the Encores, from the sonic perspective. They serve up a generous scale, and are well-controlled and finely detailed, conveying much of the musicality inherent in a recording without fuss. Whatever your musical diet, these black boxes have a handle on it. And there’s the bass…

BUT…: The plain vanilla looks won’t appeal to some, while the lack of “branding” is one factor that could prey on the minds of those who don’t stick with a component for too long.

FINALE: It didn’t take me too many hours of listening to be convinced that the X-LS Encore was capable of competing well ahead of its price category. If you’re putting together a mid-level system, these are speakers you can build everything else around for years. Quite possibly the best bargain in loudspeakers I’ve come across in years. 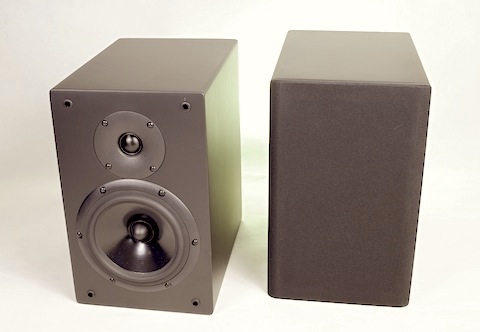