PREPARE yourself for an evolution in vinyl playback – German turntable specialist Clearaudio has just announced the Absolute Phono, touting it as the “world’s first active headshell moving coil phono stage.” And along with it, the Absolute Phono Inside.

Clearaudio says the new phono stages – especially the Absolute Phono – resolve issues the small signal from the cartridge faces when making its way up the system chain for playback.

In the conventional turntable system, the signal output from the cartridges is carried down the internal tonearm wire and phono leads to the phono stage, where it is further amplified and equalised before being passed on to the preamp. Along the way and at all stages, this signal, which is also very sensitive, is susceptible to electrical interference that degrades performance. 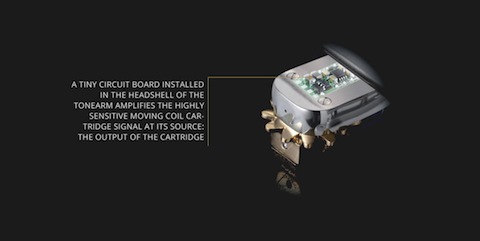 The Absolute Phono shortens this journey by incorporating a tiny amplifier fitted into a specially modified tonearm headshell to boost the signal output from the cartridge. This reduces the original signal’s path to just a couple of centimeters. The amplified signal, which is more resilient to electrical interference, is then fed into the main RIAA phonostage, where it is equalised and sent to unbalanced RCA and balanced XLR outputs, each having its own output driver to ensure the utmost fidelity.

The Absolute Phono is compatible with any current Clearaudio tonearm; those already using one can simply send it to the company for customisation when they buy an Absolute Phono.

The Absolute Phono Inside works on the blueprint of its sibling but is targeted at those not using a Clearaudio tonearm and aren’t ready to invest in one. The headshell circuit is instead housed in the phono stage itself, which, of course makes it like most other phono stages. Ah, but there’s a secret weapon – current amplification, as used in its sibling, Most phono stages use voltage amplification. 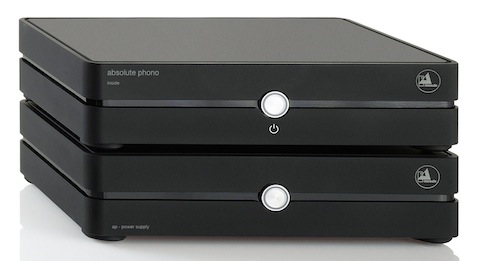 Clearaudio claims these are the only two phono stages available that use “true current amplification throughout”, alleviating the need for cartridge loading at the input stage and eliminating the usually required capacitors and resistors at various points through the signal path.

The signal-to-noise ratio of the Inside almost matches that of its sibling.

According to Clearaudio, the circuitry of both the Absolute Phono and Absolute Phono Inside is “designed to work perfectly with any moving coil cartridge from any manufacturer with no need to set the correct load resistance or capacitance, thanks to of use of current amplification which effectively eliminates this step.” Both also have their power supplies housed in separate identical case.

The Absolute Phone and Absolute Phono Inside, available in black or silver, are shipping now at the magnificent retail price of €9,900 each.