IF the name excites you, chances are you’re into vintage turntables – the Lenco of yore was a Swiss company that made at least one now-desirable idler-drive turntable. Today’s iteration of the company, however, is Dutch-owned and bears little of the legacy… except for the fact that, apart from various audio knick-knacks, it also makes a handful of all-in-one turntables to cater to the growing interest in vinyl.

Which, at least for me, is a pity, since the new Lenco could have capitalised on the legacy and offered vinyl addicts a serious alternative to the likes of Rega and ProJect. Instead, the turntables offered by Lenco are more likely to be battling it out with the likes of AudioTechnica and Denon.

The L-175, Lenco’s flagship offering, has at least one thing going for it – its gorgeous looks, which will go down well with the lifestyle audio crowd… at least, those contemplating a vinyl set-up. 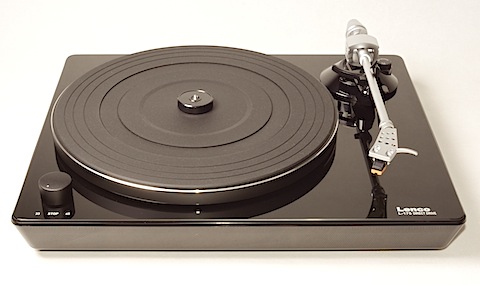 BITS AND PARTS: What piqued my curiosity was the direct-drive design, which sets the L-175 apart from the plethora of belt-drive turntables that dominate the market. Direct-drive technology, where the motor is located directly under the platter, has a drawback in that it is more susceptible to vibrations. However, this has largely been sorted out over the decades.

The “glass” in the name refers to the top part of the plinth… the L-175 is a class act in the looks department.

The 300mm aluminium platter, topped by a rubber mat, can run at two speeds – 33 and 45rpm. A rotary knob is used to power on the turntable and select the speed.

There is a preamp onboard so you don’t need to look for a phono stage – however, this preamp can be bypassed if you want to bump up sound quality.

The tonearm has a removable aluminium headshell and provided is a moving magnet (MM) cartridge… no name given. There’s an adjustable counterweight, with anti-skating provided… you can also opt for an auto-stop function. No provision is given for tonearm height adjustment – this is not a turntable for tweakers. 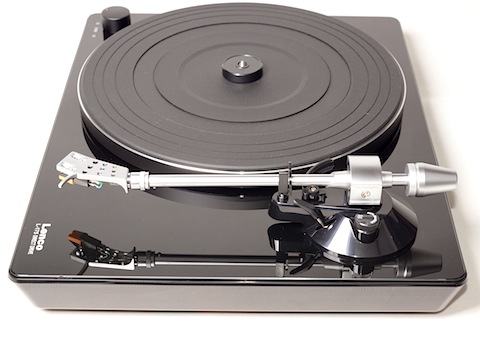 A recess under the rear of the plinth accommodates the outputs and controls, including a USB port to link to a PC – using the supplied CD which contains Audacity software, you can digitise the music on your LPs. That is, if you manage to get the software to work!

A note: The set-up instructions for the tonearm are given in the manual, but contains errors. I used common sense to balance the arm, and dial in the right tracking weight and anti-skating value. This is a major slip-up on part of the manufacturer. 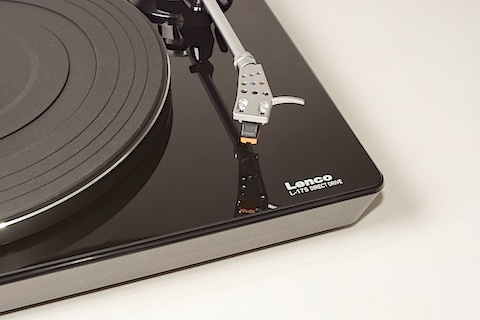 IN CONCERT: The first few LPs I played on the L-175, I let it output through its own preamp. I wasn’t expecting much, but to be fair, it did sound decent… at least, it won’t go wrong sonically for its target market – which is not exactly the audiophile.

The Lenco sounded cheerful and musically cohesive to an extent… but when I switched off the preamp and output to the system amplifier’s own phono change, there were significance differences.

The onboard preamp sounded noisier, with less detail coming through. The backdrop was presented as a mishmash of parts, with little spatial cues, and the nuances stayed under the mix. I wasn’t too thrilled about the bass either. 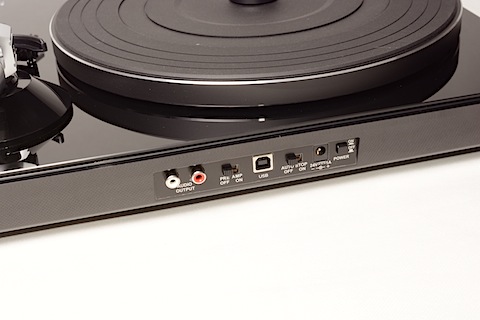 However, once I bypassed the preamp section (well, not wholly since it remains in the circuit), I began to hear things justifying the price tag beyond the looks. This time, the L-175 threw up better detail, and the stage sounded airier. Bass, of course, was more immediate and in tighter focus.

Thanks probably to a pretty decent cartridge, and despite the fiddly tonearm, the L-175 was able to convey a reasonable amount of detail on the record. It is perhaps not as rhythmically incisive as a Rega set-up at the price or as musically holistic as Pro-Ject system, yet, still quite cohesive in holding the whole musical pastiche together.

Comparison with an AudioTechnica AP-LP1240 direct drive turntable showed the the Lenco to be the quieter turntable, with a slightly more communicative presentation. Perhaps also, this was because the AT’s cartridge was still pretty new.

Strangely, the Lenco seem less inclined to hum when played via the internal preamp.

I tried the Audacity recording software CD supplied but was unable to get it working on my laptop. The tech geeks amongst you may have better luck. 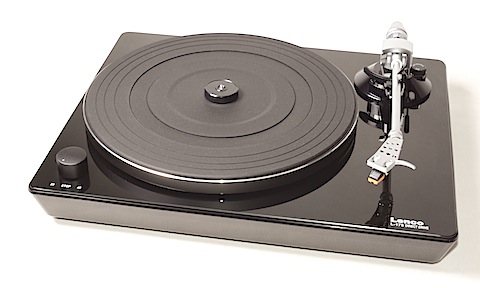 APPLAUSE: The looks are striking… even drool-inducing, and the L-175 for most part lives up to the expectations created by its physical presentation – you get the feeling that a few after-purchase mods could take it to a higher level of sonic performance. The wife-acceptance factor is pretty much a done deal the moment the L-175 is out of the box.

BUT…: The all-in-one package has its drawbacks – the built-in phono stage doesn’t extract the best from the signals. Also, I couldn’t get Audacity working. Plus, that messy manual.

FINALE: Those wanting to dip their toes into vinyl wonderland but are put off by the basic and plasticky offerings from other brands will be keen to hear what the Lenco L-175 offers. And they won’t be disappointed.

Pity about the manual, though… first-timers, at whom this is probably aimed, will be confused. 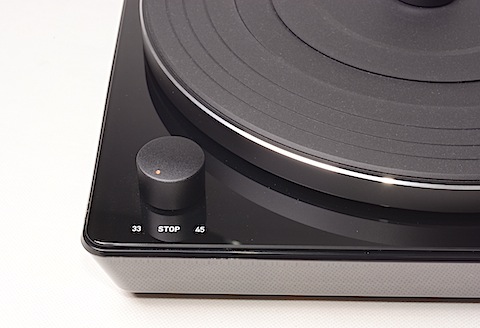